Shahid Kapoor and Mira Rajput tied the knot in the year 2015. The couple looks exceptionally adorable and cute together whereas Mira comes from a no filmy family background. Shahid Kapoor, on the other hand, has worked hard to reach where he is today. After dating many female costars in the industry, Shahid finally found the love of his life in Mira Rajput. 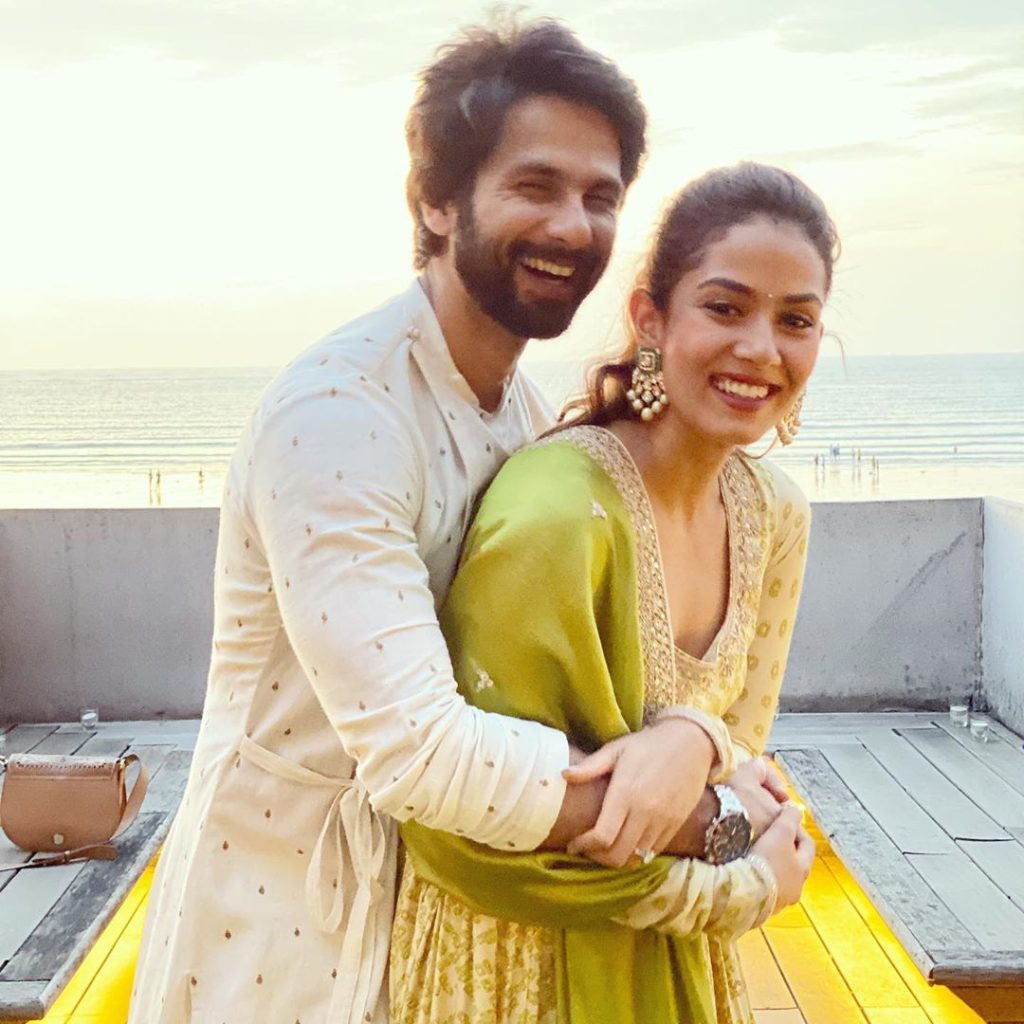 According to Shahid, when the two met for the first time they talked for four hours without realising the time. Now, after years of being together, the power couple still manages to grab all the attention with their charm. In their recent outing, Shahid was seen taking care of his lady love, while Mira gave us glimpses of their dinner date. 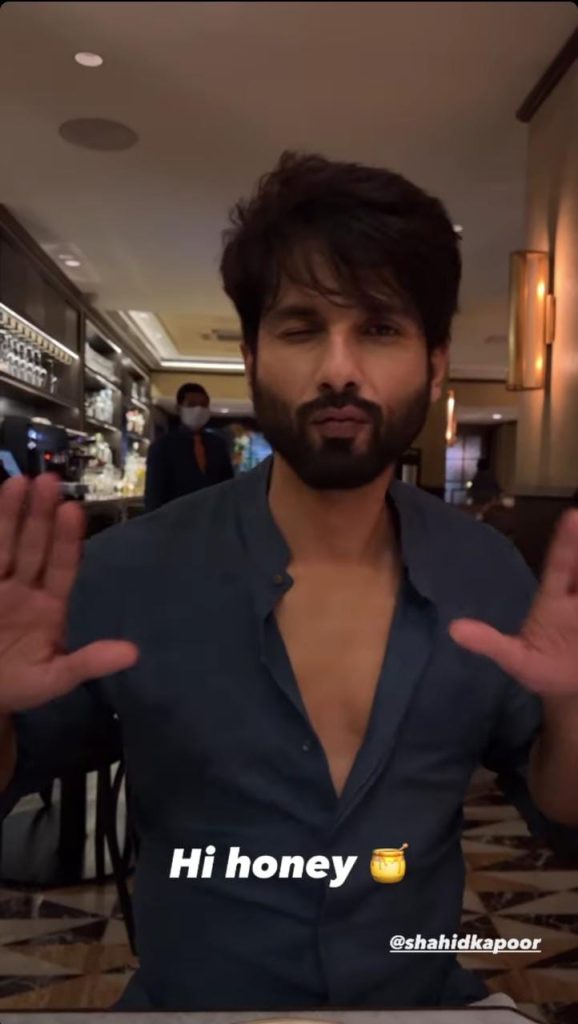 Mira posted a picture of the actor and wrote ‘Hi Honey’ and tagged Shahid who is posing candidly for his wife. The ‘Kabir Singh’ star is looking handsome in his blue shirt which he has given a casual twist by keeping his buttons open. Earlier, Shahid had also posted a video of Mira Rajput in which she was busy scrolling her phone. Shahid had posted the video and written, “Married to phone,” to this, Mira had given a response in the comment section and wrote, “You marry the couch now.” The fans and followers of the couple love to see their cute little banter on social media.

On the work front, Mira who loves to talk about skincare her skincare is busy shooting videos for her youtube channel. Shahid Kapoor is waiting for the release of his upcoming film ‘Jersey’ with Mrunal Thakur.