Malaika Arora Goes Out On A Lunch With Ex Husband Arbaaz Khan; Both Were Spotted Outside A Restaurant In Mumbai

After having lunch at a restaurant together, Paparazzi recently clicked Malaika Arora along with her mother Joyce Arora and ex-husband Arbaaz Khan. The couple was married for 19years before getting a divorce in 2017 both have a son named Arhaan Khan. 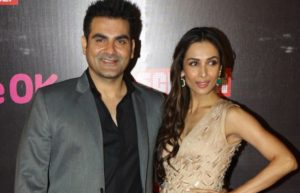 Actor Arbaaz Khan joined her son, ex-wife, and her mother for a lunch at Mumbai’s Olive restaurant. A video shared by Viralbhayani showed actor and producer Arbaaz Khan stepping out of the restaurant and Joyce called for him. Arbaaz went up to her and Joyce lovingly kissed Arbaaz on the cheeks before parting ways. Joyce was also accompanied by her younger daughter and Malaika’s sister Amrita Arora. 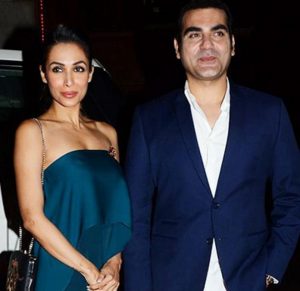 In a conversation with Bollywood Bubble recently Malaika said that maybe fans and followers would like to see a certain couple together, “Maybe the fans and followers, if they like a certain couple, they’d like to see them together. And it’s happened recently with somebody like Aamir (Khan who recently separated from Kiran Rao), for that matter. It happens. But that does not mean we’re bad people. They’re just two people who’ve realised that the reason they were together was to make… The journey had to be wonderful and beautiful together. Sometimes you have different paths, you grow to be different people. You have to let them grow and be happy. So we never got affected; I never got affected by comments on my personal life, particularly on my relationship. Of course, I feel they were all unnecessary at times, quite a few of them, but one had to ignore it and move on,” she said.