Koffee With Karan is undoubtedly one of the most watched chat shows. The controversial show has been running for over a decade now and is now already in its 7th season. While the last episode with Kriti Sanon and Tiger Shroff received a mixed reaction from the viewer, the host of the show has dropped a new video. Karan has shared glimpses of the next episode of the show which will feature Katrina Kaif, Ishan Khatter, and Siddhanth Chaturvedi. 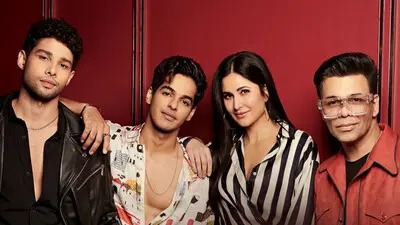 The trio will be seen in their upcoming movie ‘Phone Bhoot’ and hence the three came together on the show. In the clip dropped by KJo, he could be heard asking the actress to react to Alia Bhatt’s comment that ‘there is no such thing called Suhaagraat, as the groom and bride are too tired to do anything. To this Katrina replies, maybe it can be ‘Suhaagdin’ leaving everyone shocked. 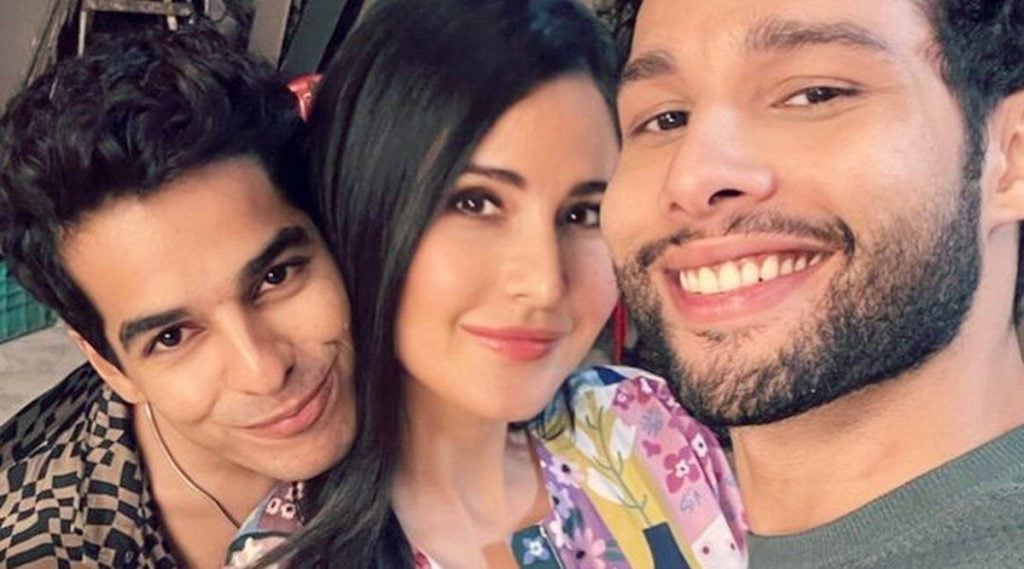 Later, when Karan asks Sidhanth Chaturvedi that if there’s any love interest in his life? he replies he is so single that Ishan Khatter has also gotten single in his company. Then in the gaming round, Ishan Khatter is seen as too excited and starts yelling while answering the questions. Katrina is seen holding Karan Johar and saying ‘he is scaring me’.

Meanwhile, there were reports that Sidhanth Chaturvedi is dating Amitabh Bachchan’s granddaughter Navya Naveli. While Ishan Khatter was in a relationship with Ananya Panday and they recently broke up with each other without any specific reasons. In one of the early episodes of KWK Ananya Panday revealed that she would want to fall in love again.