Kriti Sanon Offers Her Dupatta To Prabhas To Wipe Off His Sweat At Adipurush Teaser Launch: WATCH!!!

On Sunday, October 2, Om Raut released the first trailer for his much-awaited movie Adipurush, starring Prabhas and Kriti Sanon. Fans are raving about the couple’s chemistry after they attended the teaser launch ceremony in Ayodhya. Kriti is seen giving Prabhas her dupatta in a video that is currently trending online. In Om Raut’s Adipursh, actress Kriti Sanon will appear alongside Prabhas on screen. 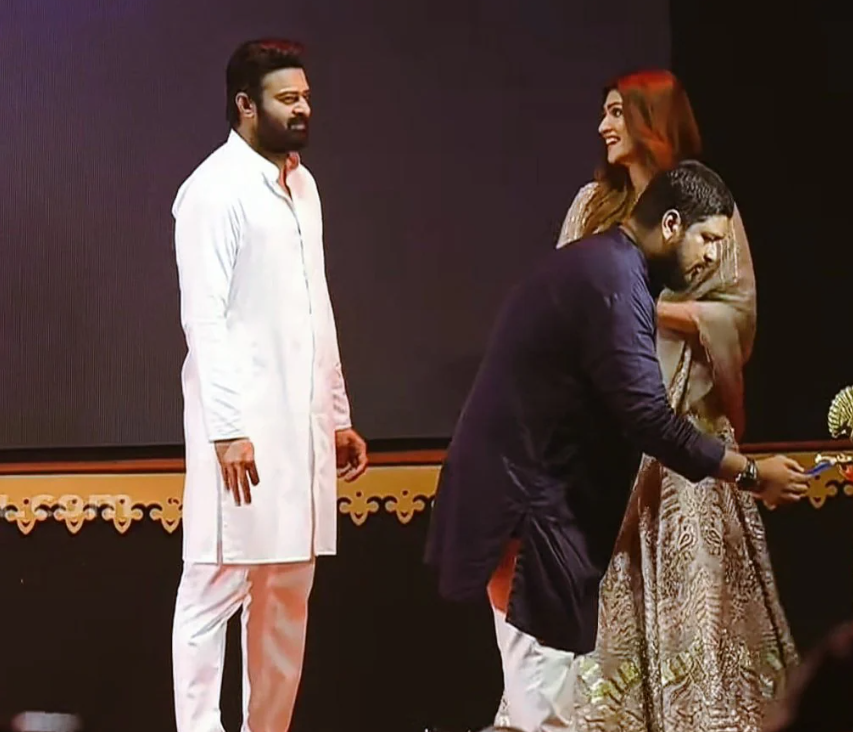 On Sunday in Ayodhya, the first teaser for the eagerly anticipated movie was released (October 2). Along with filmmaker Om Raut, the pair attended the event. Prabhas was spotted sweating hard throughout the occasion as he stood on the stage under the intense lights. Kriti made a kind gesture by offering to clean his forehead with the dupatta she was wearing. Kriti can be seen offering Prabhas her dupatta in the now-viral video to wipe his forehead, but he doesn’t seem to notice her gesture. While gazing at the Baahubali actor, she can be seen grinning.

#KritiSanon Giving Her Saree To #Prabhas To Sweep His Sweat 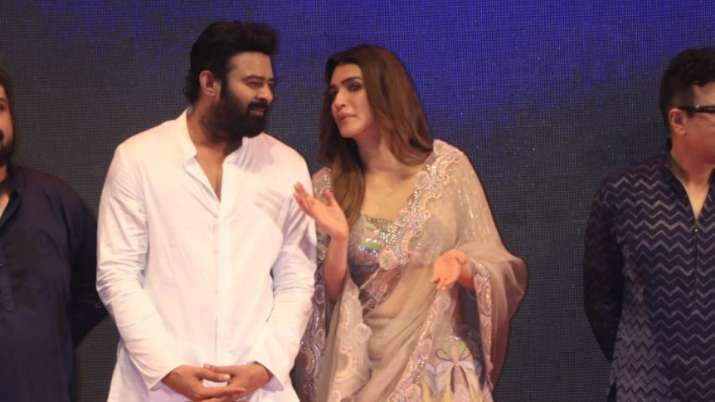 In an interview before the release of the teaser, Prabhas discussed his experience making the movie and said that he was “frightened” to play the part of Lord Ram. He said: “We are here to take Lord Ram’s blessings for Adipurush. I was really frightened to do this character. I called up Om after three days and said if I make some mistake… With a lot of love, respect, and fear we did this film. May Lord Ram bless us.” 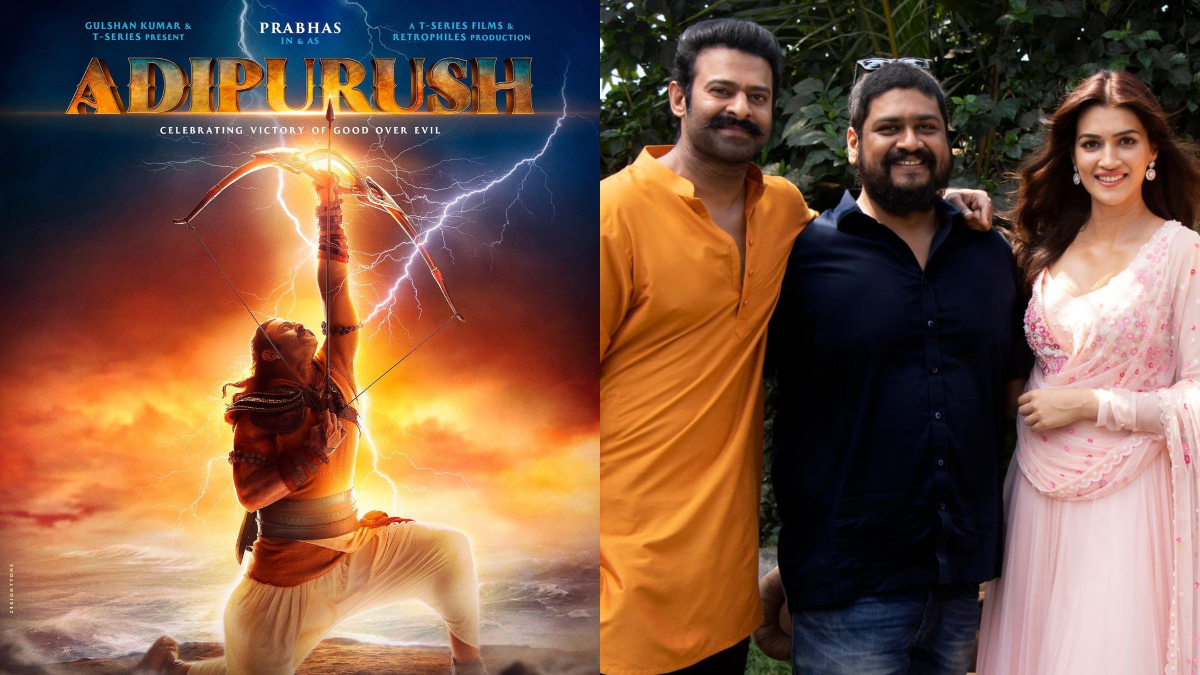 The film directed by Om Raut is slated for release on January 12, 2023. In addition to Prabhas and Kriti, the movie also stars Sunny Singh as Lakshmana and Saif Ali Khan as Lankesh. Prabhas plays Lord Ram in the movie, which is an Indian rendition of the Ramayana, and Kriti plays Sita. Rajesh Nair, Om Raut, Prasad Sutar, Bhushan and Krishan Kumar, and others support Adipurush. Hindi, Telugu, Tamil, Malayalam, and Kannada are just a few of the languages in which the movie will be released.