Kareena Kapoor Khan is all set to make a comeback

Kareena Kapoor Khan has appeared in several blockbusters over the last few years. If reports are to be believed, the actor is all set to end her hiatus from films and return to the sets by October this year. In August last year, she announced that she is expecting her second child with husband Saif Ali Khan and took some time off from films to enjoy her pregnancy. The couple welcomed their first child, a baby boy named Taimur, in 2016. She gave birth to her second child, another baby boy, in February this year. Four months down, Kareena Kapoor Khan is now ready to return to the silver screen. As per reports, she has been following a strict diet and workout regime to get back into shape 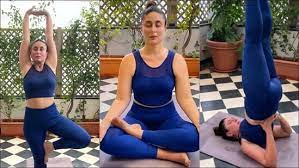 It is believed that the actor will resume filming for the multi starrer magnum opus Takht, in October 2021. The film will also star Ranveer Singh, Vicky Kaushal, Alia Bhatt, Bhumi Pednekar, Janhvi Kapoor and Anil Kapoor. It has been in the works for quite some time now but got delayed due to the pandemic. Before going on a break, Kareena had finished shooting for Laal Singh Chadha, where in she will be seen opposite Aamir Khan, who is essaying the titular role. The film is slated for a Christmas release. 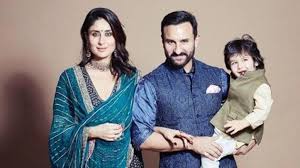