Kangana Ranaut Is All Praises For Karan Johar’s Shershaah; Here’s What The Actress Has Said

The animosity between the actress Kangana Ranaut and ace director, producer Karan Johar is something everyone knows about. In one of the episodes of Koffee with Karan, the host of the show Karan Johar had invited the actress where the diva called him the flag bearer of nepotism in Bollywood. She even confessed that Karan Johar has given him a very hard time when she was new in the industry. Ever since Kangana Ranaut’s episode went on air, there has been a never-ending debate on nepotism going on in Bollywood. 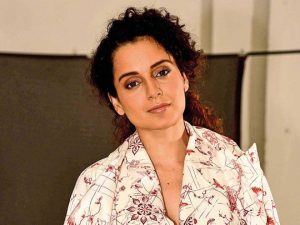 However, now after years of mud-slinging in the media and putting out their respective thoughts in public. It seems that Kangana now is in the mood to mend things with Karan Johar as the actress recently loved Karan Johar’s film Shershaah.

Actor Sidharth Malhotra has played the lead role in the movie where he could be seen acing the role of Captain Vikram Batra. Actress Kangana Ranaut took to her Instagram handle to appreciate the work by the team. The movie is a biopic of Cpt. Vikram Batra has been awarded Param Vir Chakra for his heroic mission in the Kargil War. 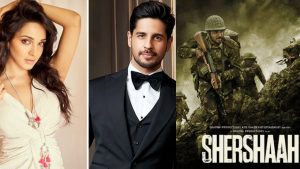 Kangana who belongs to Mandi, Himachal Pradesh, shared the picture of the film and captioned, “National hero Vikram Batra was a Himachali boy from Palampur, very popular and loved soldier. When the tragedy happened, news spread like wildfire in Himachal, it slit through our hearts. As a kid, I remember being tormented for days.”

The actress further continued and wrote, “What a glorious tribute @sidmalhotra. Congratulations to the entire team. It was a big responsibility and you all excelled.” However, there’s been no official response made by the team for the praises showered by Kangana.