Salman Khan and Pooja Hegde are currently shooting for their film Bhaijaan in Leh Ladakh. However, the movie was announced with the title Kabhi Eid Kabhi Diwali. But the film has been titled Bhaijaan according to some reports.

A few months ago, Salman shared a glimpse of his look from the sets when the shooting of the film began where he was flaunting long hair. Once again the actor has shared a picture from the set where his long hair is clearly visible. Bhaijaan has been trending in entertainment news, and Salman’s picture has gone viral. The actor’s fans are going gaga on social media. Salman is seen posing with long hair and there is a bike by his side. 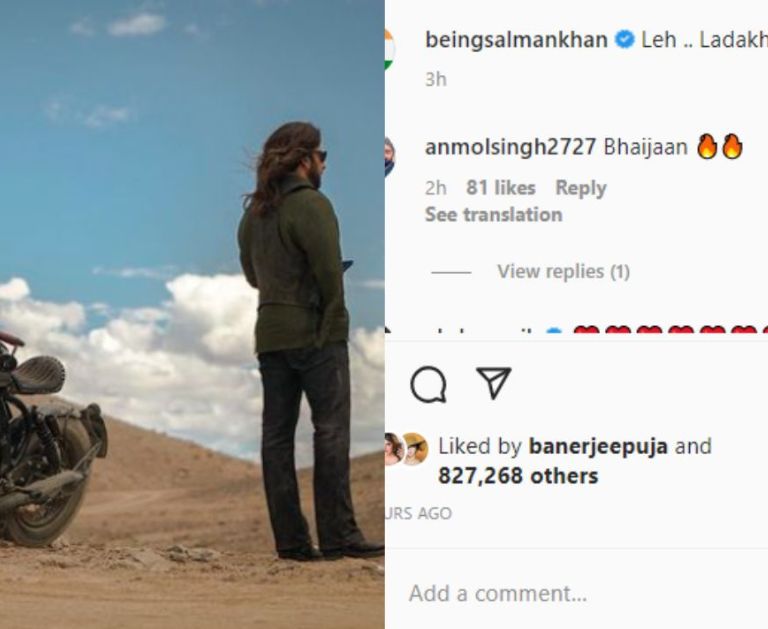 Check out fans’ reactions below.

Bhaijaan is directed by Farhad Samji. It stars Jassie Gill and Shehnaz Gill. A few days ago, Shenaaz unfollowed Salman on Instagram due to a technical glitch and netizens speculated that she is no longer a part of the film. However, the actress later clarified that she is a part of the movie, and can’t wait for her fans to watch it. 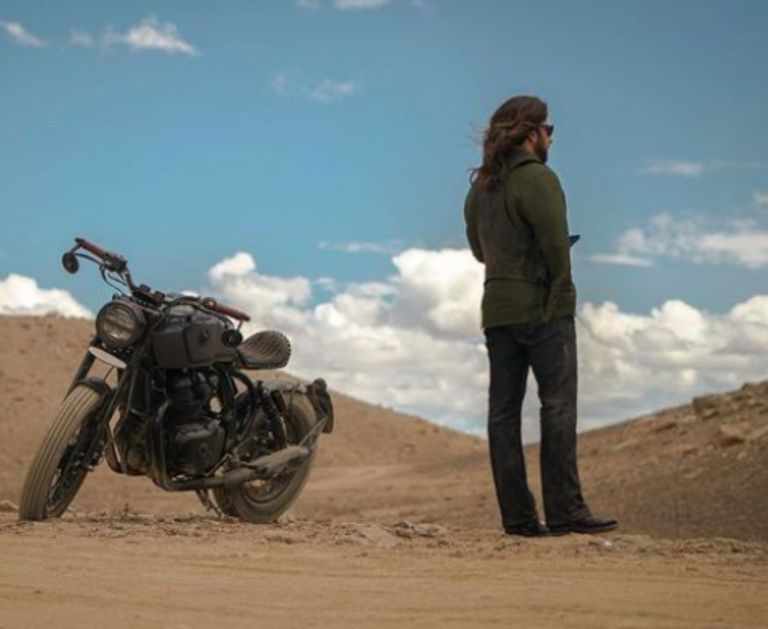 With Pooja Hegde starring opposite Salman Khan in the film, moviegoers are more excited to see Shehnaaz Gill in the film. This will mark the Bigg Boss 13 star’s Bollywood debut. The release date of Bhaijaan is yet to be announced. However, there are reports that the movie will release on 30th December 2022. It will be interesting to see if Salman Khan ends the year with a bang.

This Video Of Shehnaaz Gill Saying “I’d Like To Tell Myself Honsla Rakh” During Promotions Is Winning Hearts All Over The Internet
‘No Makeup Or Clothing Brand Would Cast Me’ Says Sunny Leone On Starting Her Own Line
Ankita Lokhande Spills The Beans On Her Wedding Plans With Vicky Jain, “Iam Super Excited About My Wedding Which Is Going To Be Soon”
Anushka Sharma And Virat Kohli Gets Annoyed As Paparazzi Clicks Them On Scooty Ride; Watch