Kareena Kapoor Khan and Saif Ali Khan’s kids Jeh and Taimur are the cutest in the entertainment industry. Both brothers are blessed with the best features and cuteness from their parents. recently Saif’s elder sister Saba Ali Khan shared a few photos of the younger son of the actress Jeh and we can’t our eyes off him. 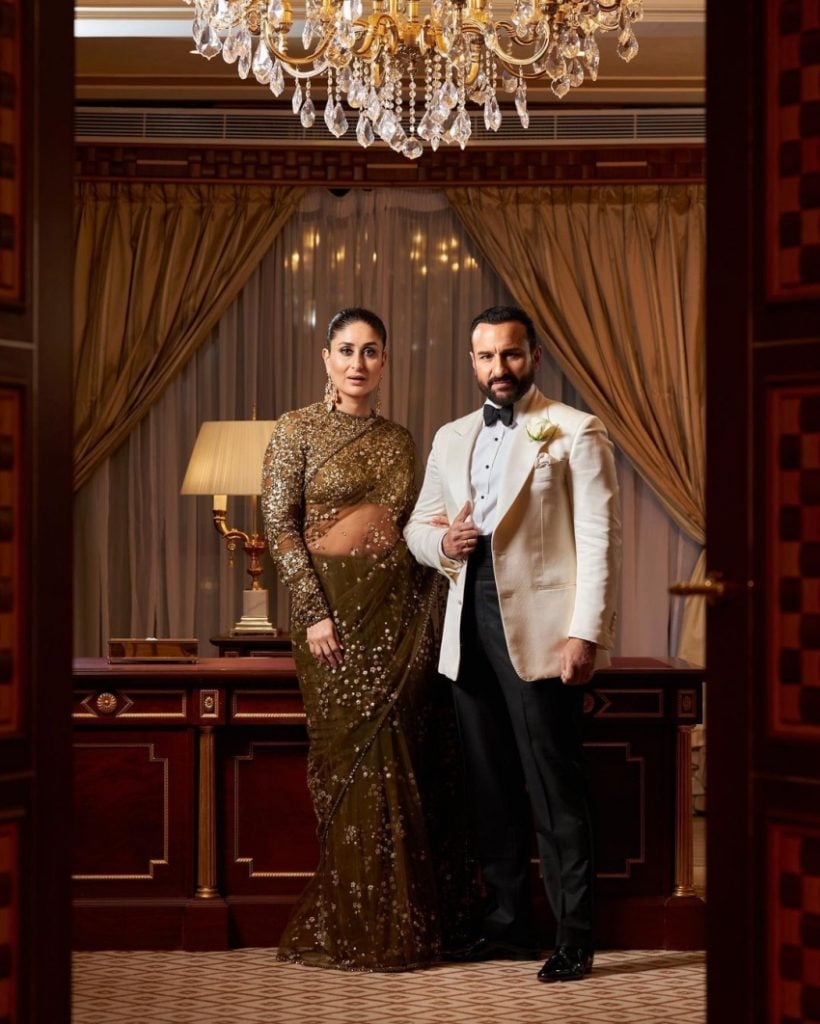 In the photos, Jeh could be seen traveling with his mom and dad in a plane. Jeh could be seen sitting on the lap of his mother and sipping water from his water bottle. Later he is playing on his father’s lap and completely disconnected from the world.

Talking about the actors, the power couple is looking absolutely stunning in their casual outfits. while Kareena opted for a T-shirt and denim, Saif looked uber cool in his navy blue T-shirt and denim along with signature sunglasses. Dropping the pictures from the private jet, Saba wrote, ” Daddy’s Darling, Mama’s Munchkin…? Which do You He’s Everyone’s dumpling that’s for Sure!!!”

The photos immediately garnered the attention of their fans who started complimenting the family. “they all have great features,” commented one Instagram user, “mashallah they look so beautiful, god bless them,” wrote another user. “Jeh definitely has got his eyes from his mother and in fact Taimur also,” commented another netizen. “Jeh is the cutest in their whole family,” mentioned another user.

Meanwhile, on the work front, the duo has lots of interesting projects in their kitty and will be seen on the screen soon.