Bigg Boss season 14 is just two weeks away from its grand finale and makers are trying their best to make the show more interesting with each passing day. This week we saw family members and friends of the contestant entering as connections to support them. In the recent episodes, Nikki Tamboli and Rakhi Sawant managed to win the ticket to the finale and also won Rs 14 lakhs. In yesterday’s episode, Rahul Vaidya was seen trying hard to win the task and get the entry in the finale but due to the weak performance of his team, he failed. Now, Rahul Vaidya’s mother Geeta Vaidya spoke about her son’s game and she feels that Rahul doesn’t have any competitors in the show. 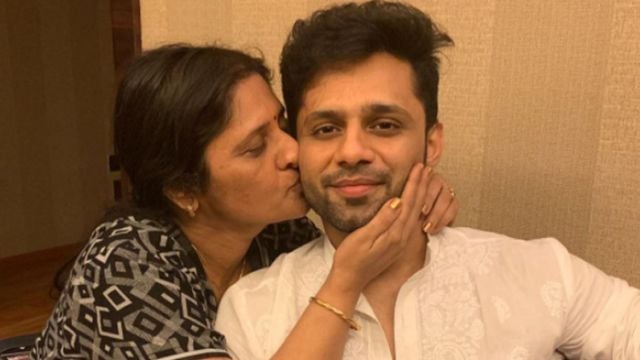 In an interview with Spotboye, Rahul’s mother Geeta Vaidya was asked if he will win the trophy, to which she said, “Rahul is playing really well and I feel that he is going to win the show also. Mujhe abhi jo andar game chal raha hai use dekhkar lagta hai ki Rahul ka to andar koi competitor hi nahi hai. Aur Rubina jo hai vo apna fan-following lekar aayi hai pehle se to uske saath hi chal rahi hai. I really don’t see anybody who can give him a tough competition.”

Rahul’s mother also opened up about his constant fights with couple Rubina Dilaik and Abhinav Shukla, “From the beginning they didn’t behave good with Rahul. If you could recall from the very third episode they started poking him by saying he is not doing this and that and then Jasmin Bhasin’s episode happened after which their equation changed completely. And now also, I don’t feel they will become friends as they are different personalities.”