The managing director of T-Series , Bhushan Kumar have been booked for a rape case after a 30 year old women filed complaint against him . The director raped her under a false promise of work in films.The case was filed with a police station in Andheri(west). He is also face charges like cheating and criminal intimidation, according to the police.

T-Series said the woman had approached Bhushan Kumar in march seeking help to fund a web series that she wanted to produce”which was politely refused”. 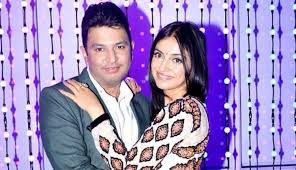 “Thereafter , in june 2021 after the lifting of lockdown in maharashtra, she started approaching T-Series banner in collusion with her accomplice demanding huge sum of money as extortion amount.Consequently , a complaint was filled by T-Series banner against the attempted extortion with Amboli police station on july 1 , 2020, “T-Series said in his statement.

“We also have evidence in the form of audio recording for the extortion attempt and the same shall be provided to investigating agency. The present complaint filed by her is nothing but a counter blast to the complaint filed against her and her accomplice for the offence of extortion,”the company said. 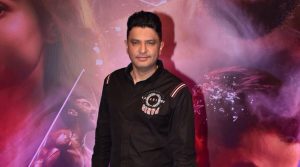 The woman was sexually assaulted between september 2017 till last august.She was also threatened to harm her.The senior officer said:”An FIR ahs been registered under section 376 (rape),420(cheating) , 506(criminal intimidation) of the Indian Penal Code.”

But in a statement, T-Series denied all allegations which the women have said .The police have further said that they have received a complaint from T-Series against the woman and a investigation is on.

There are many harsh realities of bollywood which we come across from time to time starting from rape cases to mental torcher etc .Hope the justice will be served and truth will come forward.