It seems that Shah Rukh Khan’s family troubles are going to end soon as his son Aryan Khan’s bail plea has been rejected twice. Aryan was arrested on 2nd October from a cruise ship after he was allegedly caught with drugs from a rave party. According to NCB, the team got a tip-off about a drug party being organized on a ship, which was going to attend by VIP invitees. The officials disguised as regular passengers and raided the ship and arrested eight people including Aryan Khan and his friend Arbaaz Merchant. 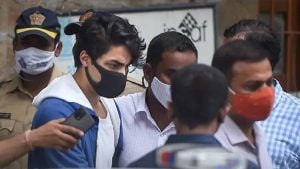 Later, Aryan Khan along with Arbaaz Merchant and Munmun Dhamecha were taken to the NCB custody and a medical test. The court, later on, rejected the bail plea of the accused and extended the custody till 7th October for proper investigation. On 7th October, SRK’s son Aryan Khan and Arbaaz Merchant’s bail plea was rejected again and he was sent to Arthur road jail. 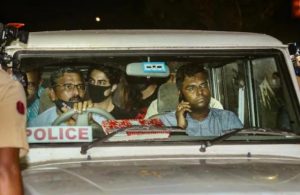 According to the latest reports, the NCB has found some Whatsapp chats of Aryan Khan that are linked to international drug peddling. Reportedly, the NCB has also got hold of WhatsApp chats of another accused and the team may arrest few other Bollywood celebrities who are associated with the case. It is also reported that some of Hollywood celebrities had also been promised for the delivery of the drugs. Arbaaz Merchant who is Aryan Khan’s friend had shared drugs with the star kid and now both have been sent in judicial custody at the Arthur Road jail.