Anushka Sharma has recently come back to India after spending some time with her husband Virat Kohli in the Maldives. The actress has been busy shooting for her upcoming film ‘Chakda Express’ and took some time off from her routine. As the film is inspired by cricketer Jhulan Goswami’s life, Anushka had been preparing for the role quite religiously. 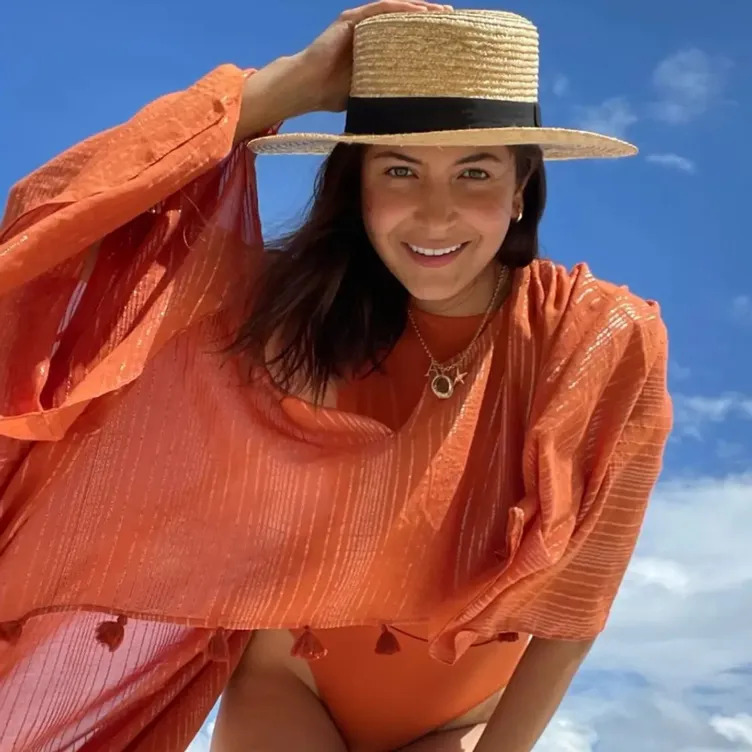 The actress took to her Instagram handle to give a sneak peek into her prepping session. In the photos, Anushka could be seen showing off her tan after practicing under the sun to ace her role in the film. She recently was spotted at Karan Johar’s 50th birthday party in which her tan look stole everyone’s heart.

Now, after coming back from vacation in the Maldives, it seems that the actress hasn’t completely over her trip. Earlier, Anushka had shared a series of her pictures in an orange bikini which according to her were clicked with a timer on. She has now shared another set of pictures in a beautiful black bikini and she is looking absolutely gorgeous. 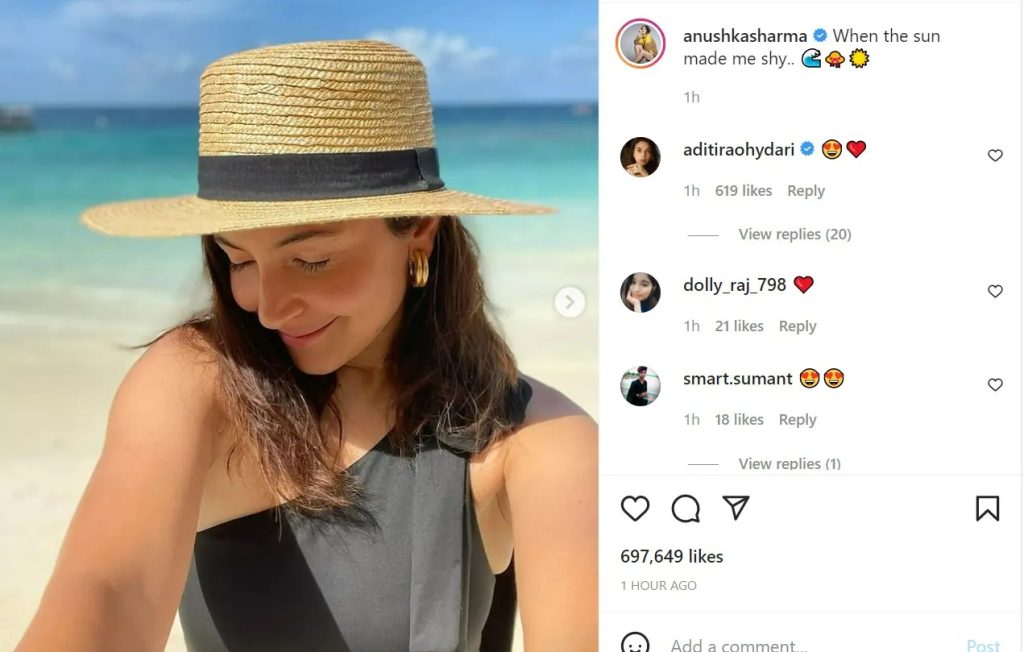 Anushka shared the pictures and wrote, “when the sun made me shy”. As soon as the actress shared the photos her comment section is filled with amazing compliments. “there is no one like you, the epitome of cuteness,” wrote one user. “You are extremely exceptional, and beautiful and so attractive,” wrote another user.

Meanwhile, Anushka will be returning to cinemas after a long break. The actress had announced the break to give birth to her first child with her husband Virat Kohli. The couple is blessed with a baby girl ‘Vamika’ who has now turned a year older.