Ankita Lokhande And Vicky Jain Share Dreamy Pictures Of The Mehendi Ceremony: See The Pictures Inside!! 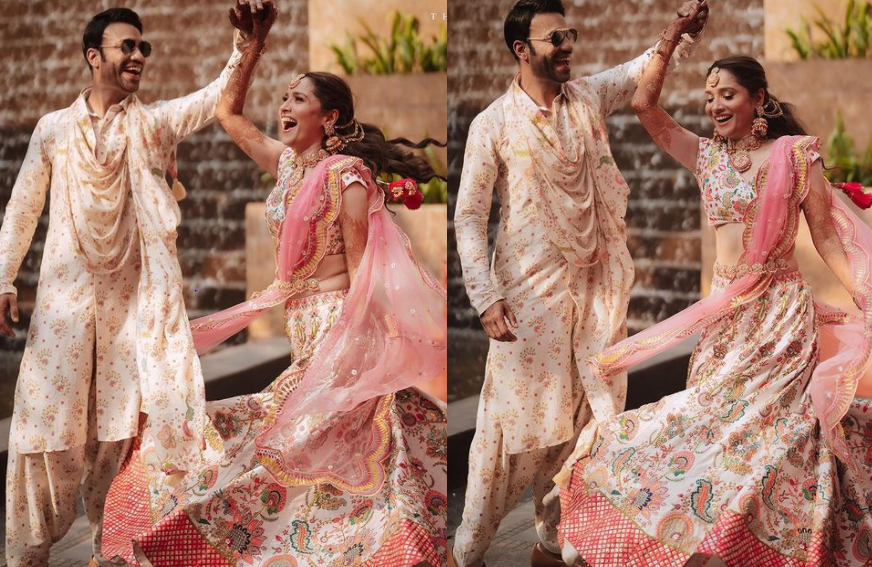 Ankita Lokhande and Vicky Jain chose coordinated outfits in pastel pink shades for their Mehendi. Sharing pictures from the ceremony, Ankita Lokhande wrote in her caption: “The love we share makes my mehndi look so beautiful… so meaningful… so memorable.” The couple’s outfits were by Siddhartha Bansal. Ankita wore a lehenga, while Vicky Jain wore pastel dhoti pants and a kurta which he styled with a draped dupatta. 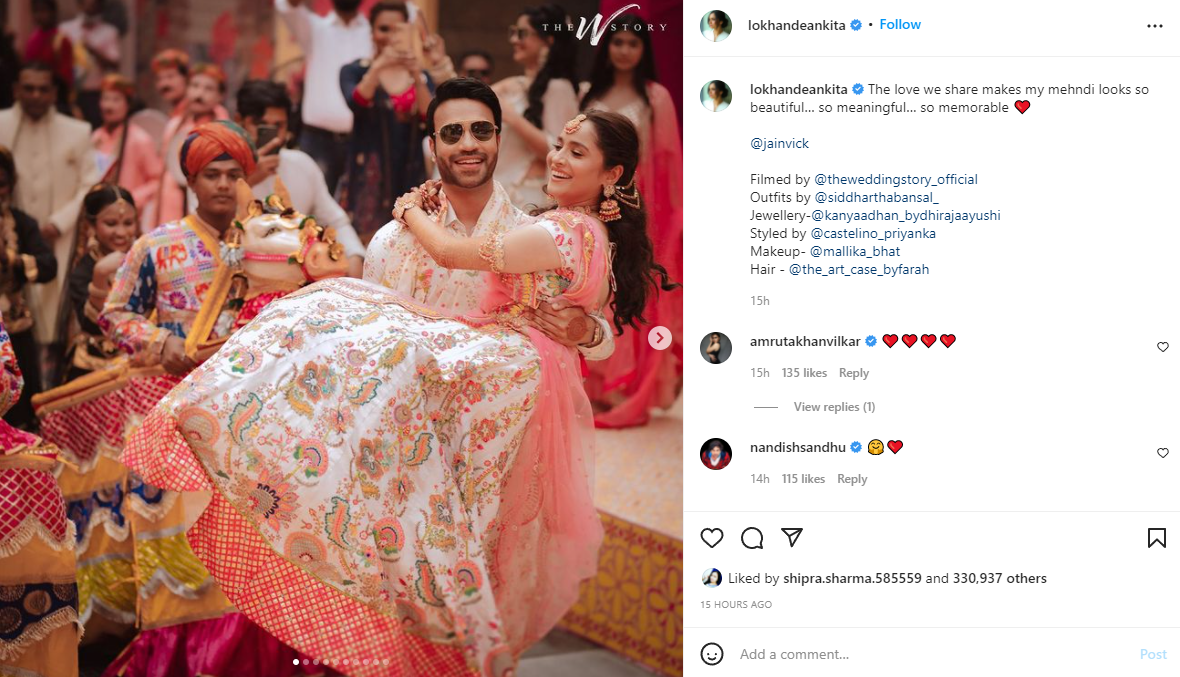 Celebrity artist Mehendi Veena Nagda did Ankita and Vicky’s wedding Mehendi. Ankita and Vicky kept blank canvases at the venue, which is being filled by friends and family members. The couple can also be seen painting and writing messages for each other. In the pictures, Vicky Jain also lifts Ankita Lokhande off her feet and carries her off with him. The love the couple share is very noticeable in the pictures. “The love we share makes my mehndi look so beautiful… so meaningful… so memorable,” Ankita captioned the images from her mehendi. 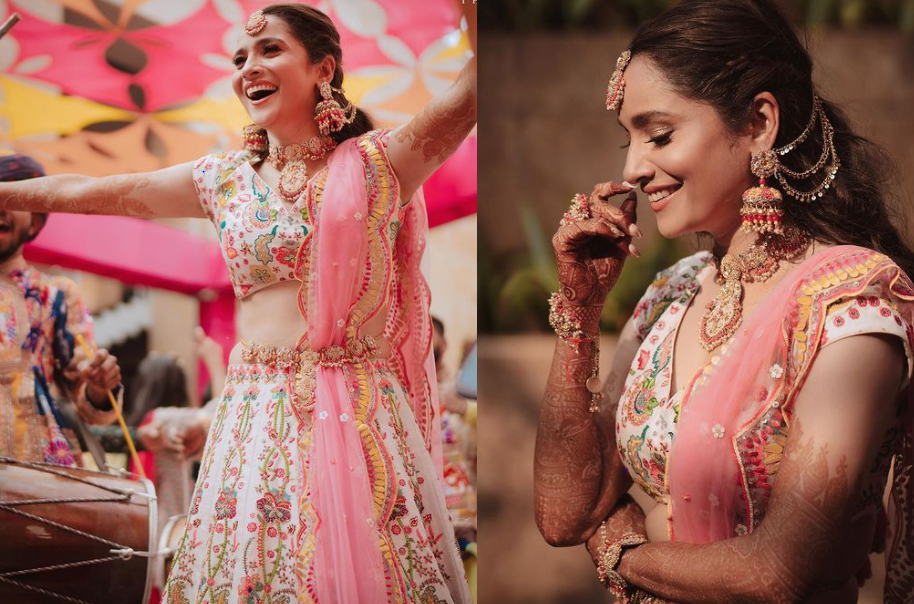 A few days ago, Vicky Jain went to Siddhivinayak to seek blessings and Ankita Lokhande had not gone to visit as she was injured. The actress Ankita Lokhande became famous as she starred as Archana in the popular television show Pavitra Rishta, in which she co-starred with late actor Sushant Singh Rajput. They dated for six years and they parted ways in 2016.