It is the season of babies in Telly land. Last week, Dheeraj Doopar and Vinny Arora welcomed a little member to their family. Actors Debina Bonnerjee and Gurmeet Choudhary announced that they are expecting their second child. The couple became parents to a baby girl Lianna Choudhary in April 2022.

Karan Singh Grover and Bipasha Basu have also made sure to bring a little happiness into their lives. The couple shared pictures from her maternity photo shoot, which surprised everyone.

Hours after Debina and Bipasha announced their pregnancy, popular TV star Anita Hassanandani shared a picture showing her baby bump while posing for the camera. The Yeh Hai Mohabbatein actress flashed her million-dollar smile while looking at her husband Rohit Reddy in the throwback photo. Rohit hugged her baby bump while shooting for their maternity photo shoot. 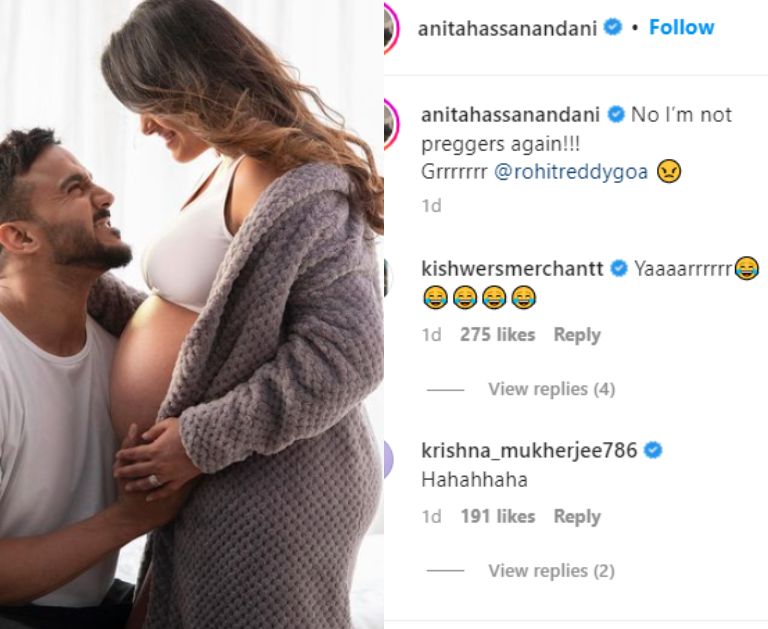 Anita posted a creepy post and it sparked speculations about her being pregnant with her second child. However, the Naagin 3 star clarified that she is not expecting a child. The post’s caption caught the attention of fans, who couldn’t help but laugh.

Sharing the picture Anita said that she is not pregnant and used a red angry emoji. She made fun of her husband. Her post made us wonder if the couple is planning their second child. 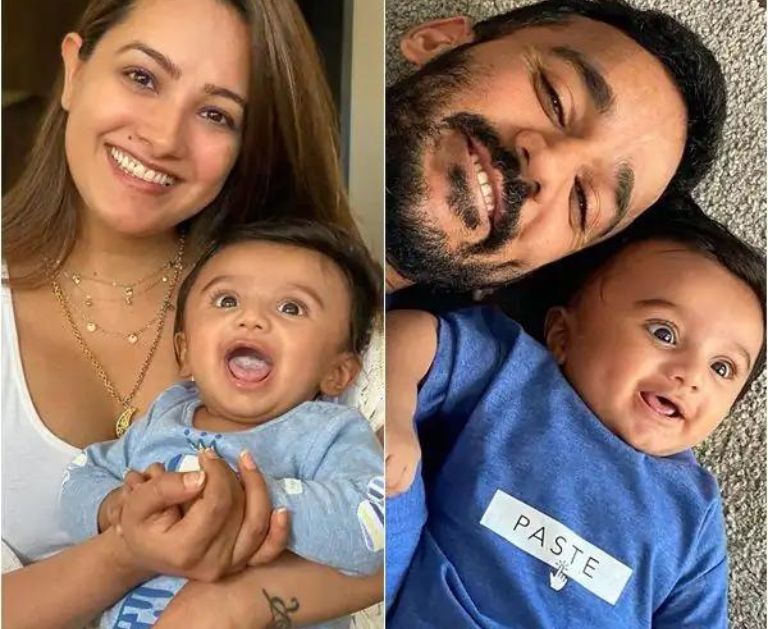 In October 2013 Anita Hassanandani and Rohit Reddy got married. They became parents on February 9, 2021. They were blessed with a son, whom they named  Aaravv Reddy. On the professional front, Anita was last seen in Naagin 5. She took a break from work after the birth of her son.

Akshay Kumar’s Mother Admitted To Mumbai’s Hiranandani Hospital, Actor Flies Back From UK
Gehna Vashishth Accuses Sherlyn Chopra Of Dragging Raj Kundra Into Making Sleazy Content, Says, “All She Knows Is To Strip”
Kangana Ranaut Brutally Slammed By Prince Narula, Himanshi Khurana For Tweet On Farmers’ Protest, “Duniya Matlabi Hai”
When Salman Khan Opened About His Famous Blue Stone Bracelet, Said It Protected Him From Evil; Watch Video Here
Bigg Boss 12 Winner Dipika Kakar To Give Price Money To Mother-In-Law, Plans To Buy This
Deepika Padukone Shares Her Relationship With In-Laws, For Ranveer’s Mom, She Is Her ‘Beti’
Here’s What You Need To Know When Planning Your Punta Mita Vacation..
Throwback Video: When Rani Called Now Enemy Aishwarya Rai Her Friend Forever
Forgot your Anniversary? Here’s How to Make up To Your Wife!