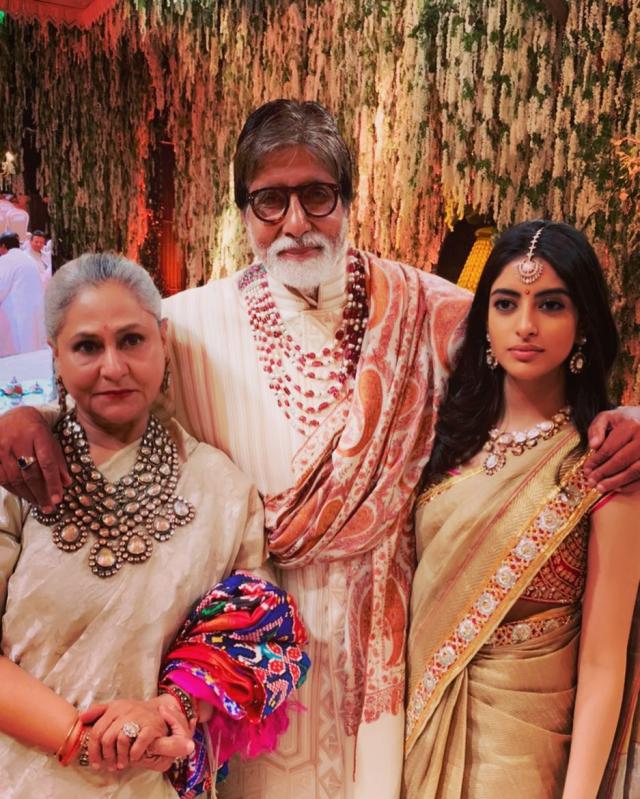 Navya is often active on social media, and she drops outstanding and cute pictures, perfect family pictures, and some from her professional life. Recently, Navya has posted one more crazy picture and Navya’s rumoured boyfriend and actor, Siddhant Chaturvedi’s response is unmissable. A few hours back, the daughter of Shweta Bachchan Nanda and Nikhil Nanda, Navya Naveli Nanda, shared a post on her Instagram handle and posted a dopey picture of her from a winter shopping. She looked pretty, wearing a floral printed dress and a blue-coloured scarf. Although what caught everyone’s attention was her freakish black-hued beanie with a chicken’s head on it. Her sweet smile made her look more beautiful. Navya captioned the picture with a chicken emoji. 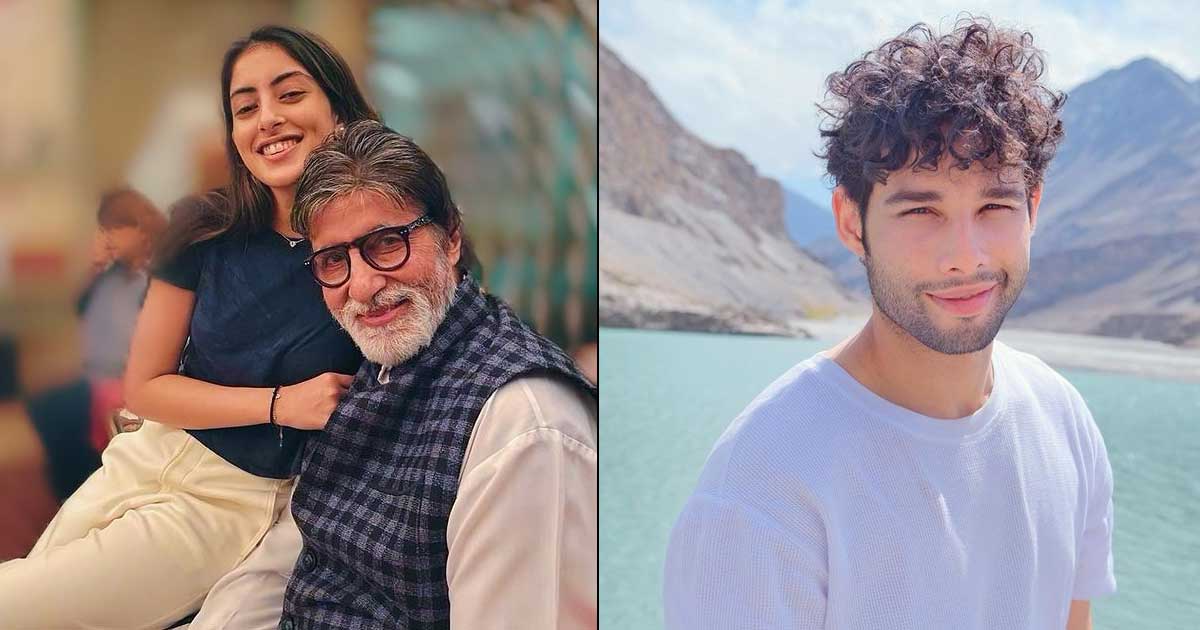 In a moment, Navya’s comment section was flooded with love and cherishes from her near and dear ones, fans, and followers. Also, her mother, Shweta Bachchan Nanda commented, “Silly goose”. On the contrary, Navya’s boyfriend said and the Gehraiyaan actor Siddhant Chaturvedi responded as he dropped an emoji of a chicken coming out of an eggshell. 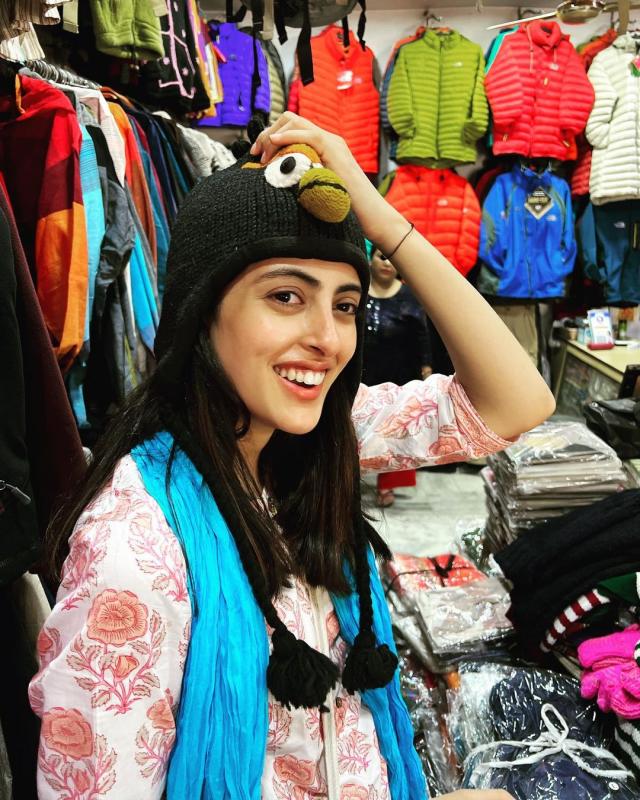 Earlier, In 2019, in a conversation with BollywoodLife, Siddhant Chaturvedi had announced that he was taken. However, he didn’t reveal his girlfriend’s name, this disclosure had broken many hearts. When the interviewer had asked him about his relationship status, the actor had burst and had mentioned: “Yes, I am seeing somebody. She is from the industry, but not an actress.” 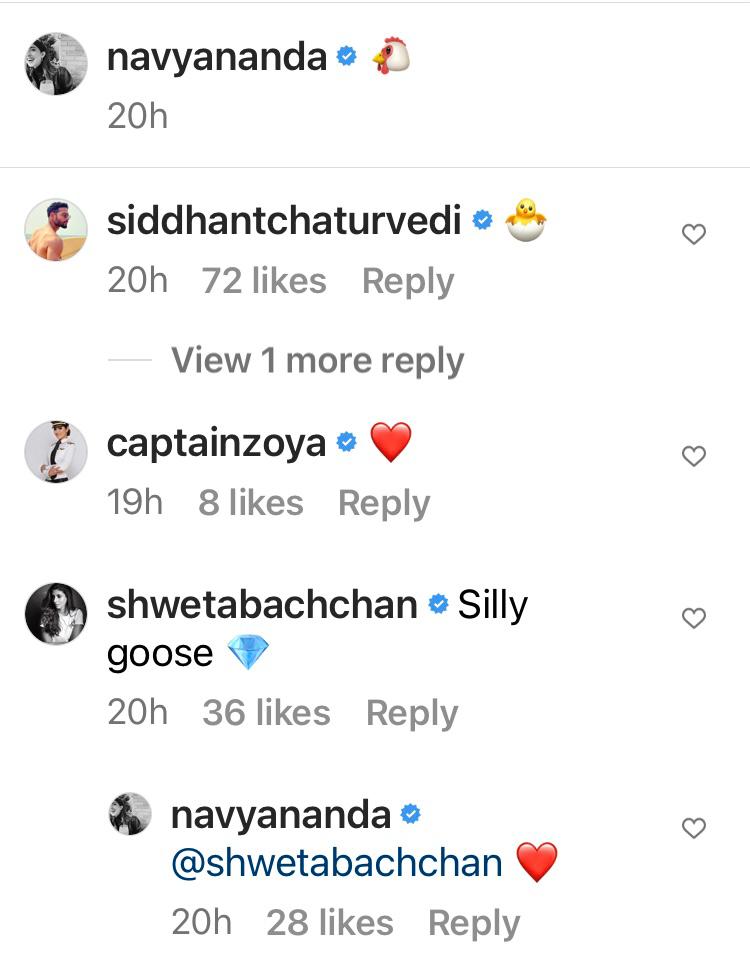 On the work front, Siddhant Chaturvedi will be next seen in the upcoming film, Kho Gaye Hum Kahan with co-star Ananya Panday.