The rumors about actress Shraddha Kapoor and photographer Rohan Shrestha’s wedding are rife in the tinsel town. The two have been known to be friends for more than 9 years now and have recently been spotted together at various occasions. The fans and followers of the diva are curious to know about what is happening in her love life. Shraddha Kapoor’s name has hardly been linked to her male costars and she mostly hangs out with her childhood friends. Amid the rumors the fans of the actress are wondering if she is planning to tie the knot with her rumored long time beau. 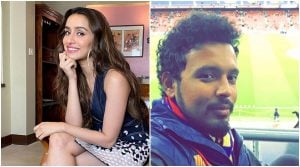 Recently, In an interview Shraddha Kapoor’s cousin gave a hint about her wedding, ““I am going to say no comments, main kya bolun yaar (what should I say now). But yes, if you say looking forward to it, then obviously, weddings are good to look forward to. The more the merrier, why not!” 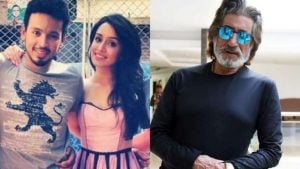 Now, actor Shakti Kapoor has opened about his daughter Shraddha Kapoor’s marriage with her longtime friend. “Rohan is a family friend, I have known his father for many, many years. Rohan visits us often, but he has not asked for Shraddha’s hand in marriage. And besides, today children decide these things on their own. If Shraddha tells me that she has chosen a life partner for herself or even if Siddhant does, I will readily agree. Why will I refuse? But at this point, they are focused on their careers. Marriage is an important decision and the way people are breaking up, it bothers me sometimes. One has to be sure before making a decision like that,” Shakti Kapoor told Spotboye.

Shakti Kapoor continued further and said, “Many people ask me if I stopped Shraddha from becoming an actress, but that is not true. I want her to shine and do well – she is such a hard-working and talented girl. I call her my ‘golden girl’. She has made it on her own in Bollywood,” he said.