Abhishek Bachchan on Aishwarya Rai Bachchan; She Has Given Me Confidence I Never Had

Aishwarya Rai Bachchan and Abhishek Bachchan are among the power couples of Bollywood who not only look adorable with each other but are also highly talented. While Aishwarya Rai has always been praised for her beauty and talent and giving many hits in her career, Abhishek on the other hand is now getting the kind of work he always wanted to do. Both the stars tied the knot in the year 2007 which was also the biggest and most talked about marriage of that year. 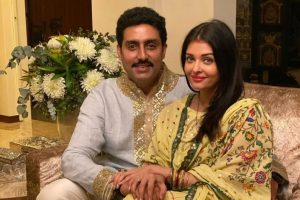 Ever since their wedding, Abhishek and Aishwarya have given us major couple goals and have often appreciated each other on various occasions. In an interview with Vogue, Abhishek had once said that he has learned many things from his wife Aishwarya Rai Bachchan. Talking to the same publication he even said that Aishwarya has given him the confidence he never had, “She’s given me a confidence I never had before. I think most men will agree with this. I’m the baby of the family, my sister got married years ago and she is fiercely protective of me. I wasn’t really held responsible for anything. But after getting married—and this just happened automatically—I realised I wanted to be responsible for this person, I wanted to protect her and care for her.” 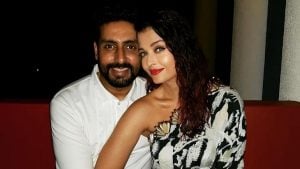 Abhishek continued further and said that Aishwarya Rai has taught him about how to keep things normal in the family, “I also learned from her how to keep things normal and real. Look, it’s easy to get swept away in all this love and adulation we are blessed with. And yes, credit goes to our parents, but also to her. It’ll never go to my head—I mean, look who I live with, Amitabh and Jaya Bachchan—but also because she’s never let it go to hers,” he said.