Youtuber Puneet Kaur Alleges That Shilpa Shetty’s Husband Raj Kundra Tried To “Lure” Her To Send Hotshots, Wants Him To “Rot In Jail”

Actress Shilpa Shetty’s husband Raj Kundra has been in the news for all the wrong reasons lately. He was arrested by Mumbai Police for allegedly creating pornographic films and publishing them through some mobile applications. He is under judicial custody as of now. Raj Kundra and  of his business associates were arrested but the businessman is said to be one of the key conspirators in the case.

Now Youtuber Puneet Kaur had made some shocking allegations against Raj Kundra. Taking to her Instagram stories she wrote, “Brooo do you OGS remember our verified DM video where he reached out to me for hotshots!?!? Im deaaad.” She added, “I can’t even WTF this mans was really luring people -we literally thought it was spam when he sent that DM to me!? Jesus Christ man rot in jail.” 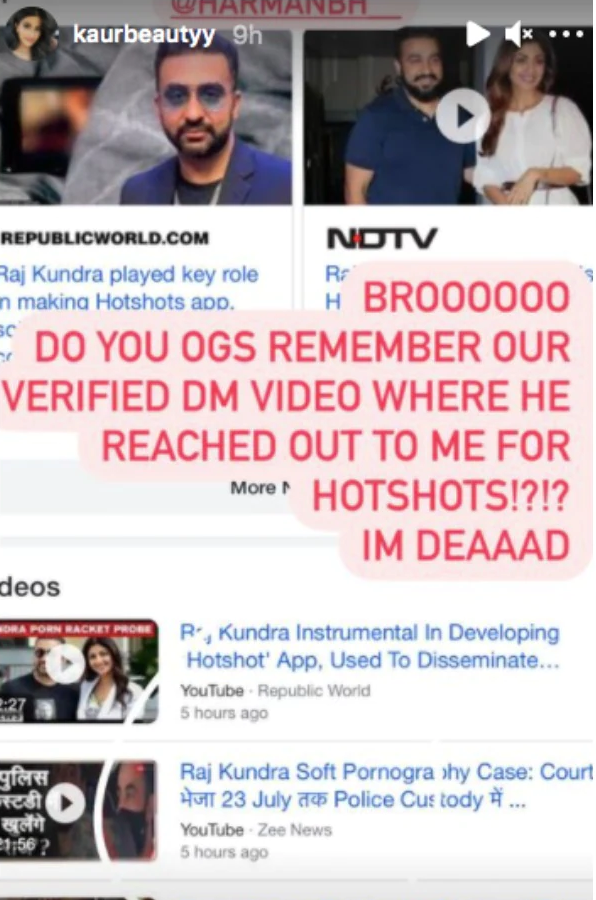 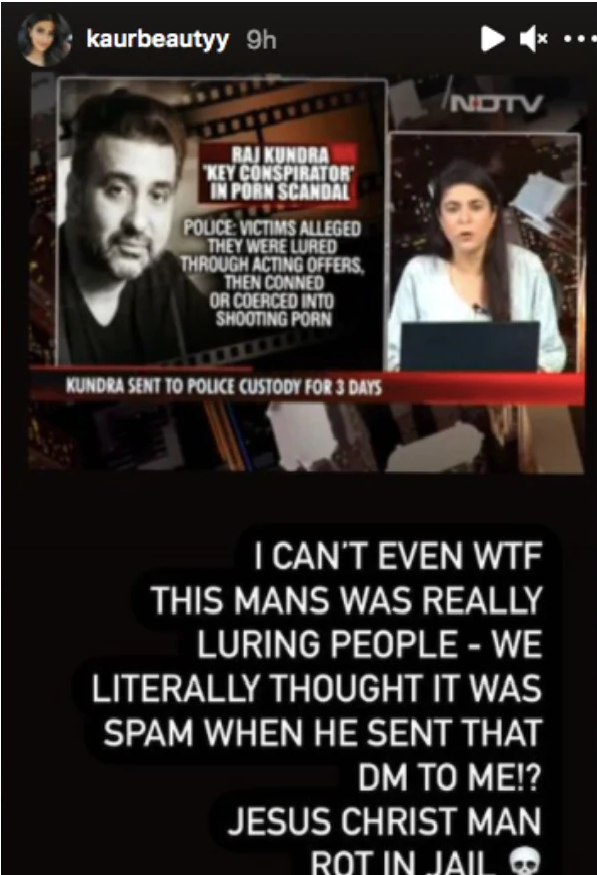 She also added some glimpses from the video where she and two others can be seen discussing if Raj Kundra’s account has been hacked. “This man has had a midlife crisis, probably, messing with girls to go to Hotshot.com to do something strange, I don’t know” one man in the video is heard saying, after the three Googled the website. “I think his account got hacked,” the other man says, and the first man notes, “That would be giving him the benefit of the doubt.” 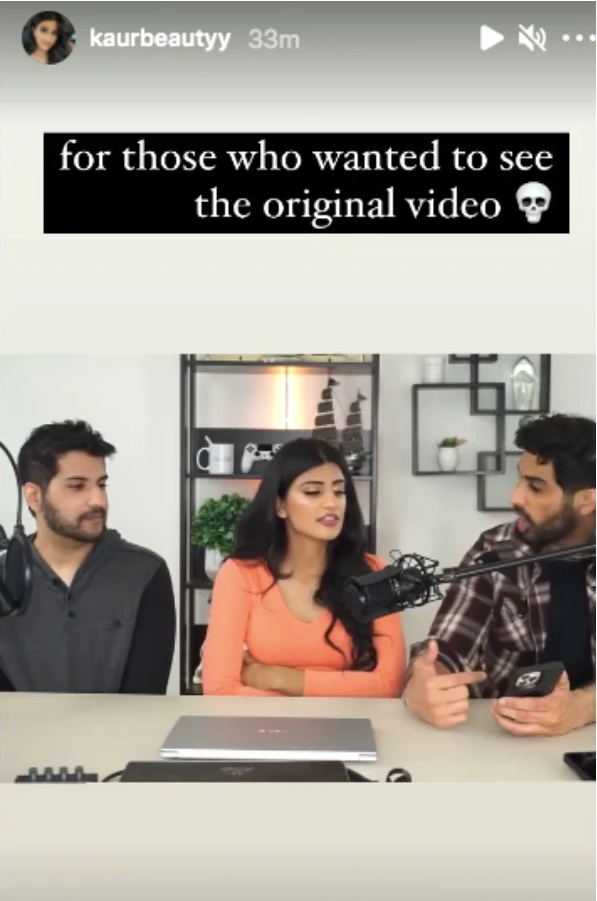 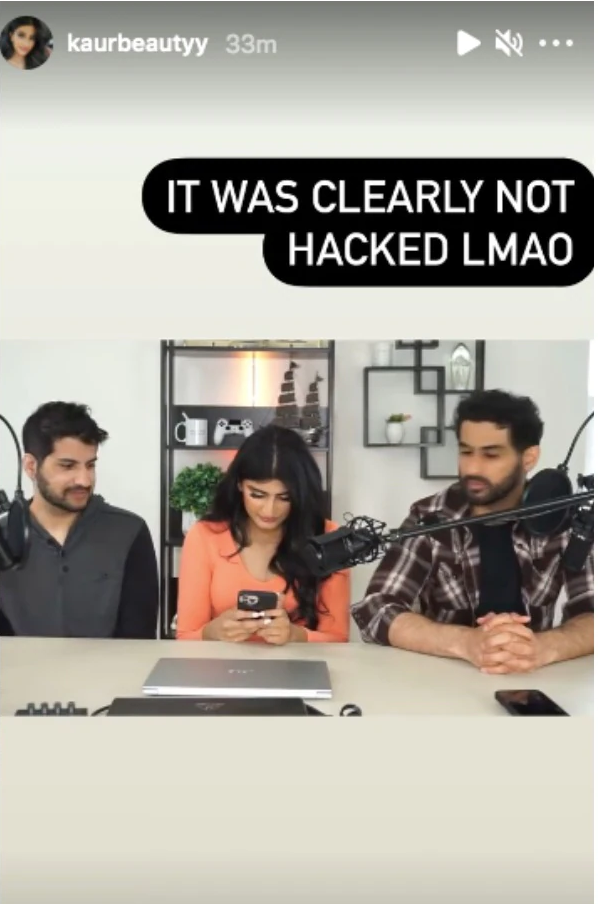 As per reports, “Raj Kundra has been booked under sections 420 (cheating), 34 (common intention), 292 and 293 (related to obscene and indecent advertisements and displays) of the Indian Penal Code (IPC) besides relevant sections of the IT Act and the Indecent Representation of Women (Prohibition) Act”.