Yo Yo Honey Singh And Wife Shalini Talwar Asked To Think About Reconciliation By The Judge?

Singer and music composer Yo Yo Honey Singh recently made the headlines but for all the wrong reasons. His wife Shalini Talwar has recently filed a domestic violence case against him and his family at the Tis Hazari court in Delhi. As per the reports, Honey Singh has appeared before the court yesterday i.e 3rd September and now the lawyer of Shalini Talwar has come forward in front of the media to update about the case. 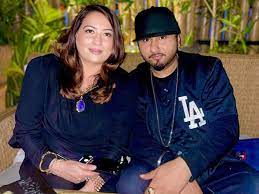 The lawyer Sandeep Kapur has told a leading publication, “Honey Singh and his parents appeared before the court on Friday. One interim relief was granted and on Sunday, Shalini Talwar will go to their house to collect all her belongings, and lawyers can be present. The other two interim relief will be discussed in the next hearing which is for the house for Shalini Talwar and her interim compensation.”

The advocate further informed that the Metropolitan Magistrate Tania Singh who is looking after the case asked both Honey and Shalini to her chamber. The judge was looking at the aspect of reconciliation between the two. The judge was trying to see if there is a chance of reconciliation or not because she has given them counseling in the chamber and has asked both of them to think about it.” 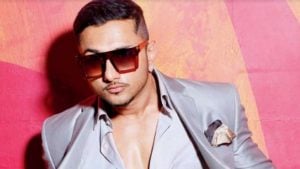 Honey Singh’s wife Shalini Talwar had leveled the charges of physical and verbal abuses against the singer. To which Honey Singh rubbished the allegations and had released a statement for the same, “I am deeply pained and distressed by the false and malicious allegations levied against me and my family by my companion/wife of 20 years, Mrs Shalini Talwar. The allegations are severely odious. I have been associated with the industry for over 15 years and have worked with artists and musicians across the country. Everyone is aware of my relationship with my wife, who has been an integral part of my crew for more than a decade now and always accompanied me to my shoots, events, and meetings. I strongly refute all the allegations but will not comment any further because the matter is sub-judice before the Court of Law. I have full faith in the judicial system of this country, and I am confident that the truth will be out soon,” Honey Singh wrote.