Hrishikesh Pandey who has proved his mettle with his impeccable acting skills in many television shows such as CID, Yeh Rishta Kya Kehlata Hai, and many more have opened up about his divorce with ex-wife Trisha Dubash. The duo got married in 2004 but had to break off their marriage due to irreconcilable differences. They filed for divorce in 2014 and have been living separately ever since. They are proud parents to a 12-year-old son Dakshay whose custody has been granted to the actor. 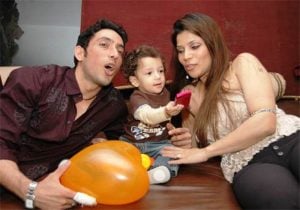 Now in a recent interview with ETimes, Hrishikesh opened up about his divorce and revealed that they faced compatibility issues. He was quoted as saying, “With time, we realized that we lacked compatibility as a couple. We started living separately, as we didn’t want things to get ugly. I was quiet for all these years because I have always respected my privacy. I can talk about it now, as the divorce is through. Fortunately, there is no bad blood between Trisha and me. We handled our separation maturely. I am grateful to her and especially my in-laws, who have been supportive despite our decision to go our separate ways.”

Further revealing why he has been tight-lipped about his personal life he said, “One of the main reasons for keeping quiet about my personal life was my son. I didn’t want him to read stories about my separation at such a young age. He is 12 now and mature enough to understand what we went through. Though it was challenging to balance everything and pretending to be a married man, I somehow sailed through.” 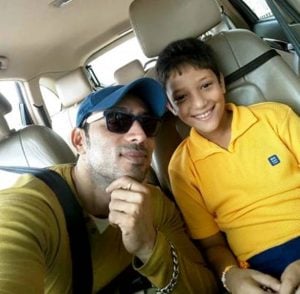 He had further added, “With my long shooting hours, I didn’t want Dakshay to be living alone in the house while I was away. I got his admission done in a hostel. There were times when I drove all night to attend the annual function at his school. We share a great bond and he understands the rigors of my profession. He also shares a great bond with his mother and her parents. Though I have been granted his custody, he is free to meet his mother whenever he wishes to.”

He concluded by saying, “I still believe in love. However, I am not in a hurry to jump into a new relationship. I am happy and content.”