Viral! Ranbir Kapoor And Shraddha Kapoor’s Dance leaked from the sets of Luv Ranjan’s Next Film

Ranbir Kapoor and Shraddha Kapoor will be seen together for the first time on screen. The actors have already started shooting for their upcoming film which will be directed by Luv Ranjan. According to reports, the movie will go on the floor next year on Holi, i.e, 8th March 2023. 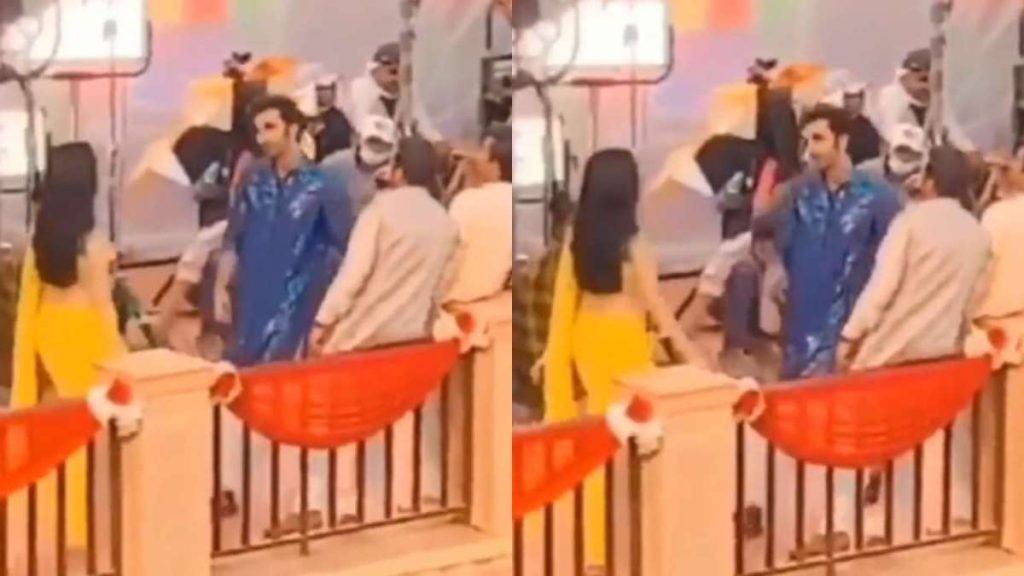 However, before the teaser or trailer of the movie could be released, a video clip from the movie’s song is going viral. The video is said to be from Delhi’s schedule where a song of the film that includes Shraddha and Ranbir Kapoor is being shot.

By looking at the song sequence we can only assume that the film will be a love story but the audience will have to wait till the release of the film. In the video, Ranbir Kapoor could be seen dancing around Sharddha Kapoor who is wearing a bright yellow Indian traditional dress. The set of this particular dance number is filled with artists and dancers as they are grooving to the music of the song.  The location of the song is huge and appears to be some old heritage building with rich architecture.

As per the reports, the film will also feature producer Boney Kapoor who will be playing the father’s role of Ranbir Kapoor in the film. It is also being reported that Dimple Kapadia will play the role of mother in the film opposite Boney Kapoor.

For those who don’t know, Luv Ranjan has earlier directed films like ‘Pyar ka Punchnama’ and  ‘Sonu ki titu ki sweety’. This will be the first collaboration of Ranbir Kapoor and Sharddha Kapoor with Luv Ranjan.