Deepika Padukone had recently tested positive for coronavirus and she has been quarantining herself at home. While fans have been bombarding her social media with get-well-soon messages we have come across a throwback interview that has been doing rounds on social media. In an interview with Verve Magazine in 2011, she talked extensively about her breakup with Ranbir Kapoor, her idea of sex, love, and relationship.

She had stated, “For me, sex is not just about physicality; there are emotions involved. I have never cheated or strayed when I’m in a relationship. If I’m going to be fooling around, why would I be in a relationship?” It’s better to be single and have fun. But not everyone thinks like that. Maybe that’s why I’ve been hurt in the past.” 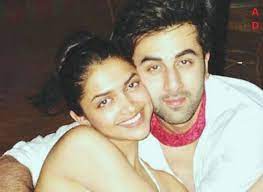 Talking about how she caught Ranbir red-handed she had stated, “I guess I really wanted to believe in him. Then I actually caught him red-handed. It took me a while to get out. But having done that, nothing can make me go back. That ship has sailed.”