Taapsee Pannu’s Boyfriend Mathias Boe Has A Befitting Reply To A Troll Asking “Why She’s Dating Him”, Check It Here

Bollywood actor Taapsee Pannu’s recently announced her new venture production house “Outsiders Films” on Thursday. Taapsee’s boyfriend Mathia’s reacted to the announcement post and said he would do a movie free for her. He commented, “I will do a movie for free. Hit like if you want to see me in a Bollywood movie.” Later Taapsee’s fan reacted to the comment and criticized him.

The fan reacted to Mathias’s comment and wrote, “I can’t believe she is dating you man. She is so precious but it doesn’t matter how intelligent a girl is, there comes a time when she can’t decide between right and wrong. I think it was that time when you found her.” Mathias gave a befitting reply to the troll and wrote, “Hi man, yes you are 100% right.” 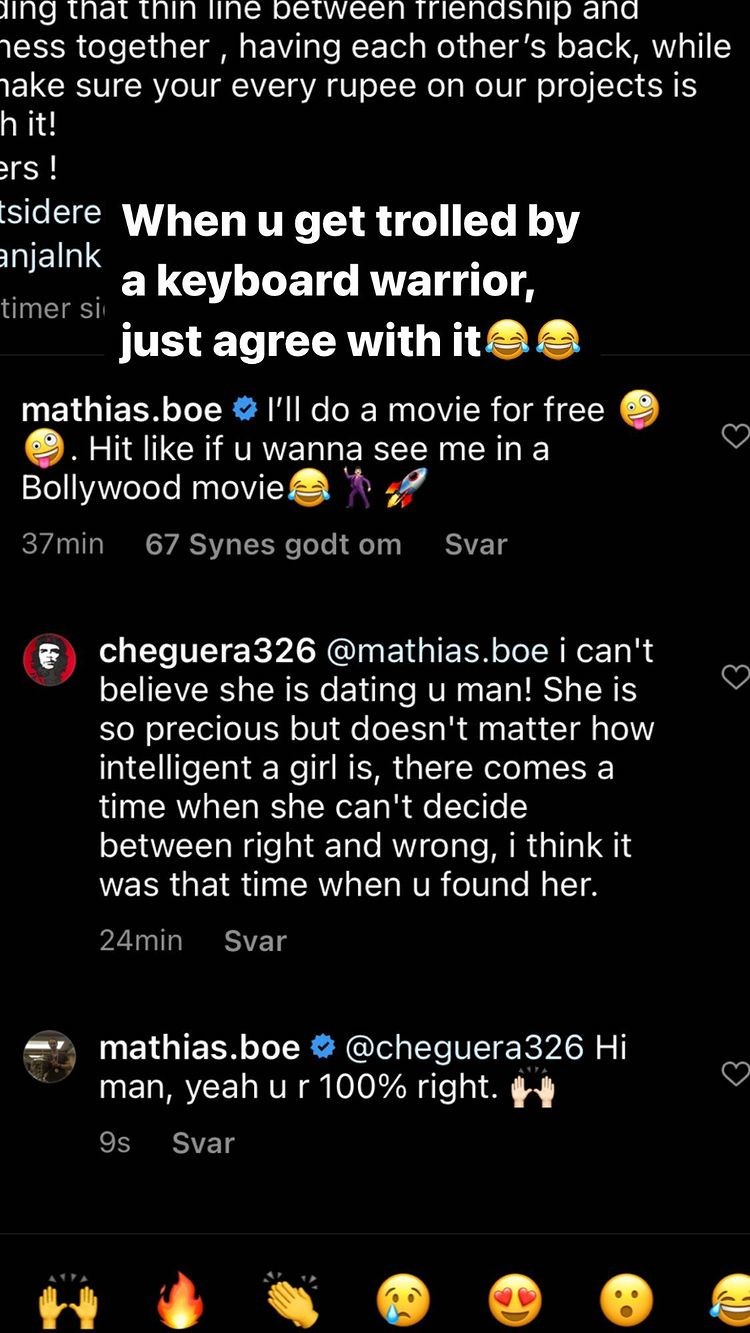 Later, taking to his Instagram stories, Boe shared the conversation with the troll. After shutting down the troll, Mathias shared the picture and captioned it, “When you get trolled by a keyboard warrior, just agree with it.” 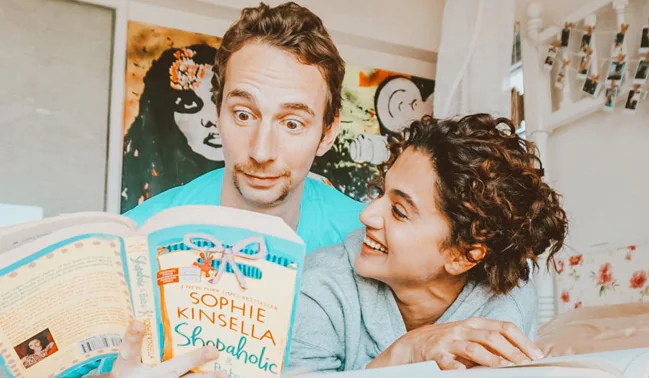 Making the announcement about her production company, “Here we are! And it all started because of his instinct and belief that this crazy combination is worth exploring. The man who runs the show for “Outsiders Films” while I’m allowed to boss around. Pranjal and I will be treading that thin line between friendship and business together, having each other’s back, while we make sure your every rupee on our projects is worth it! Cheers!” She unveiled the logo of ‘Outsiders Films’

On the professional front, Taapsee was last seen in Netflix’s “Hassen Dilruba”