Bollywood actress Taapsee Pannu gave an epic response to the troll who called her physical transformation as ‘Mard Ki Body Wali’ on Twitter. On Monday, a user randomly commented on the actress’s pictures which depicted her hard work behind preparing for a role. The troll referred her as a man for building muscles and transforming her physique into an athlete’s body. 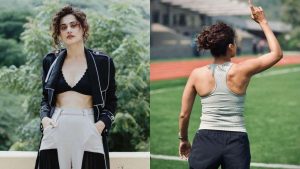 Taapsee Pannu posted a picture of her back on twitter no which a troll commented as, “Ye Mard Ki Body Wali sirf @taapsee Hi Ho Sakti hai (Only Taapsee can have a manly body like this).” 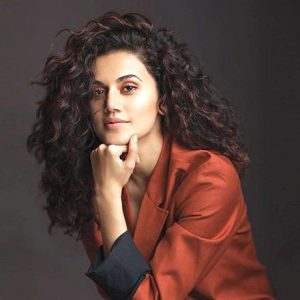 Taapsee immediately took notice of the troll and gave a classy reply to shut him down, “All I will say is…. Just remember this line and wait for 23rd September 🙂 And advance mein THANK YOU I worked hard for this compliment.” She wrote.

All I will say is…. Just remember this line and wait for 23rd September 🙂
And advance mein THANK YOU I really worked hard for this compliment 🙏🏽 https://t.co/O5O8zMRzP0

On the work front, Taapsee has recently turned into a producer and has named her production house as ‘Outsiders’. Taapsee herself does not come from any filmy family background and has made the mark in industry all by herself. In terms of the projects, the actress has many interesting projects in the pipeline including Looop Lapeta’, ‘Rashmi Rocket’, ‘Blurr’, and the sci-fi thriller titled ‘Dobaaraa’ which will be directed by Anurag Kashyap.