Bollywood actress and Former Miss India, Diva Sushmita Sen and his Ex-beau Rohman Shawl were captured together a month after their breakup. Why was Rohman Shawl seen hiding his face? Well, it is still unanswered. Sushmita Sen is a model of an empowered woman. From being awarded the honour of Miss Universe in 1994 and adopting two adorable daughters, Renee and Alisah. Sushmita Sen has proved how strong she is. 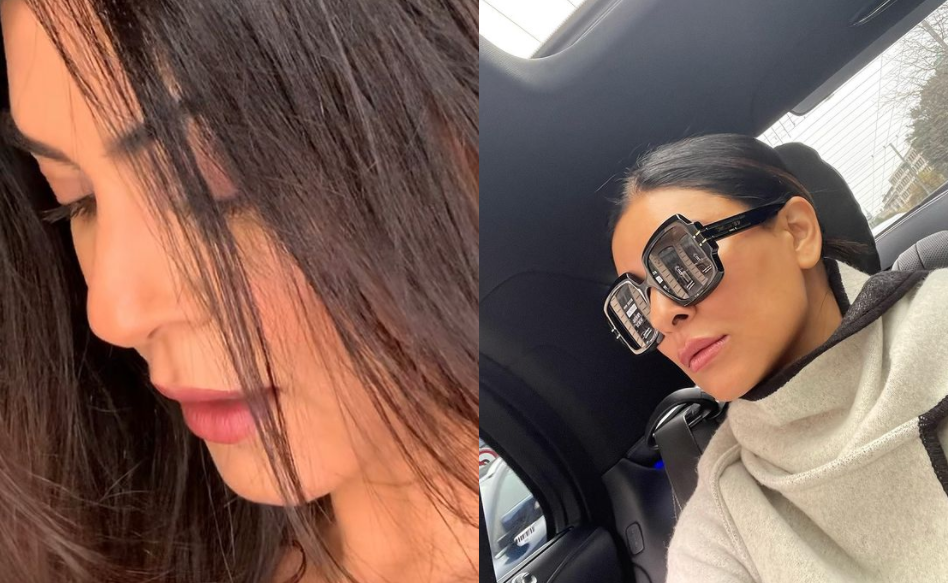 The actress has been in the headlines for her breakup with her boyfriend, Rohman Shawl. Although, her fans are extremely amazed as she has been meeting Rohman after their break-up. As their meeting got caught on cameras. Last year, on 23 December, Sushmita Sen had taken to her Instagram handle and announced her breakup with Rohman Shawl. 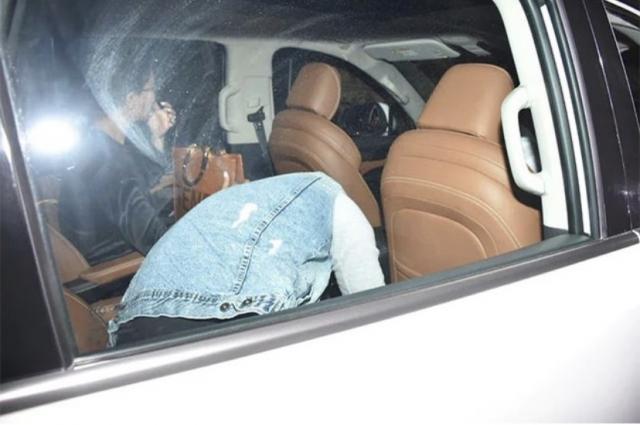 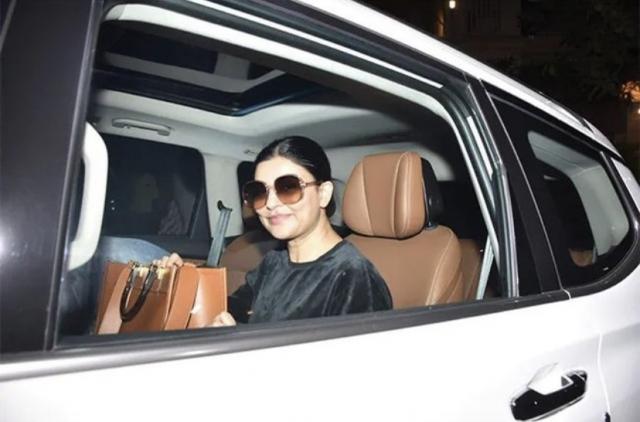 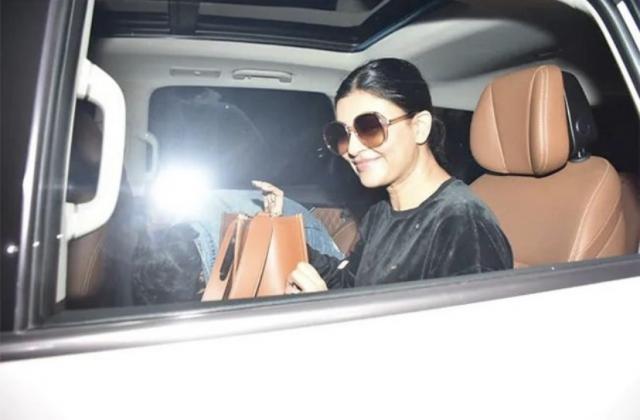 She had shared a throwback picture with her ex-boyfriend Rohman Shawl. Alongside it, Sushmita Sen had written a note, stating that their relationship was ended now. She had written: “We began as friends, we remain friends!! The relationship was long over…the love remains!”

Last night, on February 3, the actress Sushmita Sen was captured in the city with her ex-boyfriend, Rohman Shawl. They were seen in the same car nearly one month after their breakup. While Sushmita Sen was seen smiling for the paparazzi and waving hands for them from in the car where Rohman was seen hiding his face from the paparazzi by moving down in the car and he sat beside her. 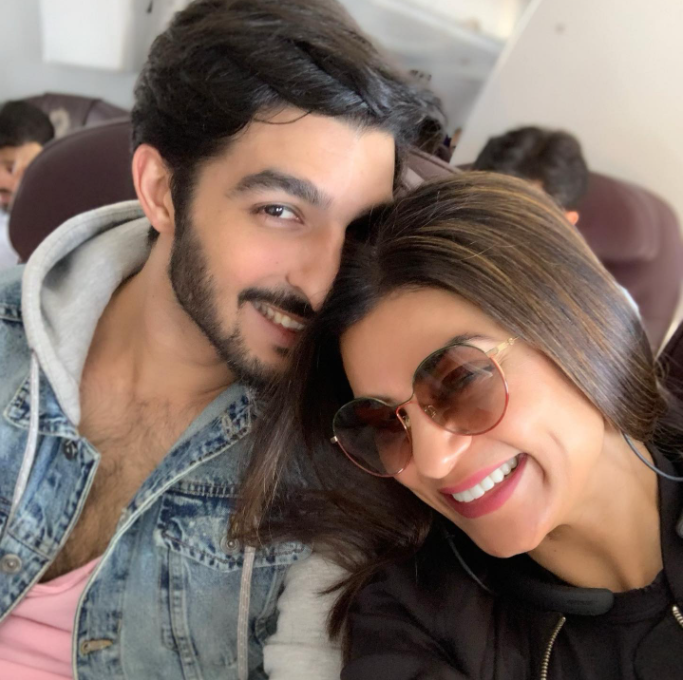 According to The Times Of India, Sushmita Sen and Rohman Shawl had disclosed that they had travelled together in the same car with their common friend and later, had gone to the Sushmita’s place. The source had further revealed Rohman Shawl’s sweet and fatherly relationship with Sushmita Sen’s daughters, Renee and Alisah, and she doesn’t have a problem with that. The source revealed: 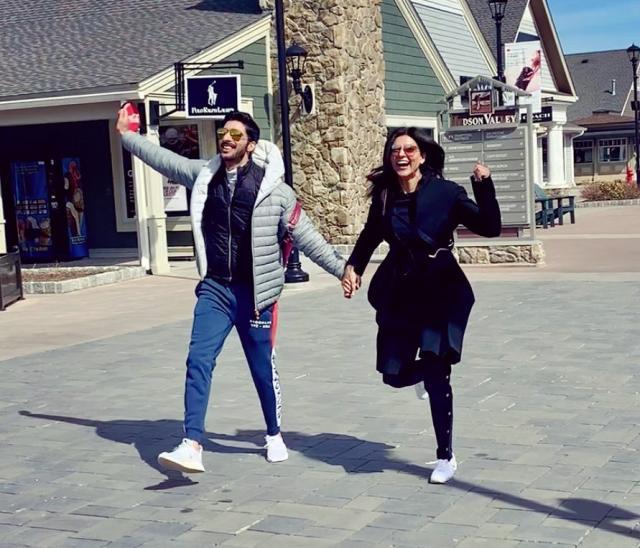 “Rohman is almost like a father figure to them, and he’ll always be there for them whenever they need him. Apparently, Sushmita, too, has no qualms with this equation and is happy with their bond. The attachment that Sushmita’s girls have with Rohman and vice versa is intact and will never come to an end.”

Once, in an interview with the Hindustan Times, Sushmita Sen had revealed her decision. She had stated that closure is a very important element in a relationship. She had expressed: “For me, closure is a big thing. When you are a public figure, the person involved with you is also in the public eye. Even if the person is there because you have put them there. So, it is not fair for his life or your life to be stuck with everyone feeling something or thinking it’s a relationship.”

We hope Sushmita Sen and Rohman Shawl get back together!

Arjun Kapoor And Sister Anshula Shares Heartfelt Note With Pictures On Mother’s Death Anniversary
Sushmita Sen Snaps Judgement Pass By Twitter User Mocking Her For Exporting Oxygen Cylinders From Mumbai To Delhi-Exclusive
Shreya Ghoshal Handling Her Baby Boy, Devyaan During Rehearsals Is Unmissable; Check It Out!
From Stripping at World Cup 2011 To Naked Photoshoot, Poonam Pandey Has Been Part Of These Biggest Controversies
Bigg Boss 12 Winner Dipika Kakar To Give Price Money To Mother-In-Law, Plans To Buy This
Deepika Padukone Shares Her Relationship With In-Laws, For Ranveer’s Mom, She Is Her ‘Beti’
Here’s What You Need To Know When Planning Your Punta Mita Vacation..
Throwback Video: When Rani Called Now Enemy Aishwarya Rai Her Friend Forever
Forgot your Anniversary? Here’s How to Make up To Your Wife!