It’s been more than a year since Sushant Singh Rajput left for heavenly abode on June 14, 2020.  The tragic event still haunts us. His family and fans are still grieving the loss of their star boy. The actor was found dead hanging from the ceiling at his home in Bandra. However, the last year was very difficult for people who were close to him and one such person is his sister Shweta Singh Kirti.

Ever since Sushant’s demise, Shweta keeps sharing throwback pictures with him. In the comments section of one of the posts, a fan had accused Ankita Lokhande of using Sushant’s name for publicity. The fan wrote, “Shweta Singh Kirti why do u support Ankit lokhnde be she hd been using Sushant n her fake affair vd him for her PR. In fact she is one partying vd most of the suspects involved in Annihilation OF SUSHANT.”

To which Shweta had replied, “Drdivya I really don’t know what the truth is… but it is hard for me to overlook how Ankita has always stood by the family even after the death of Bhai.” 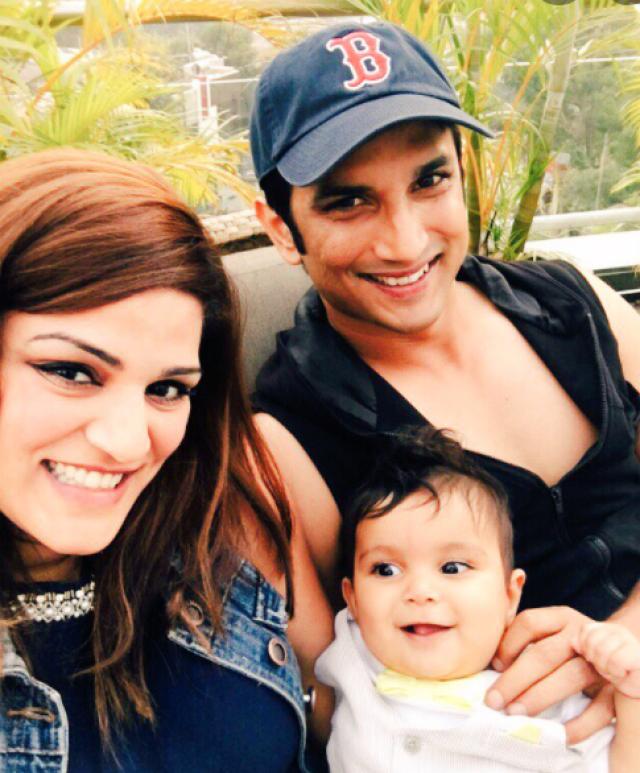 She further went on to reveal how she have seen Ankita take care of Sushant during one of her visits and added, “I have seen her take care of Bhai, once when I was visiting him in Mumbai and he had stomach pain I saw how she called the doc, gave him medicine and showered him with love. The act was enough to prove to me that she has a kind and loving heart.” 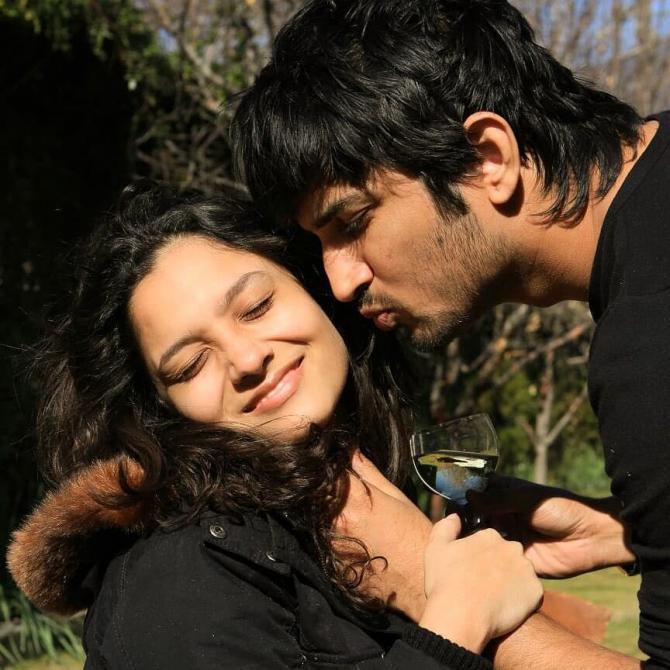 Further revealing that she had full faith in the judicial system she concluded, “I have full faith in the CBI and I am waiting for them to tell us the truth. I am praying to God everyday so that the truth comes out and I believe there is no bigger power than him. Have faith and stay strong.” 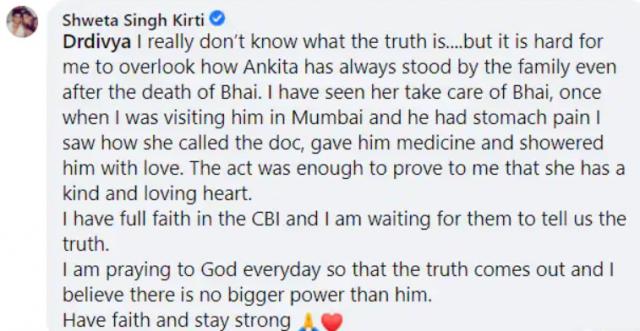