Shah Rukh Khan and Gauri Khan’s daughter Suhana Khan has been hitting headlines for the past few days. After making her debut with Zoya Akhtar’s The Archies, she has now turned into an actress. The movie has been adopted from the famous comic series of The Archies. A few days back the trailer of the film was released and much appreciated by the viewers. 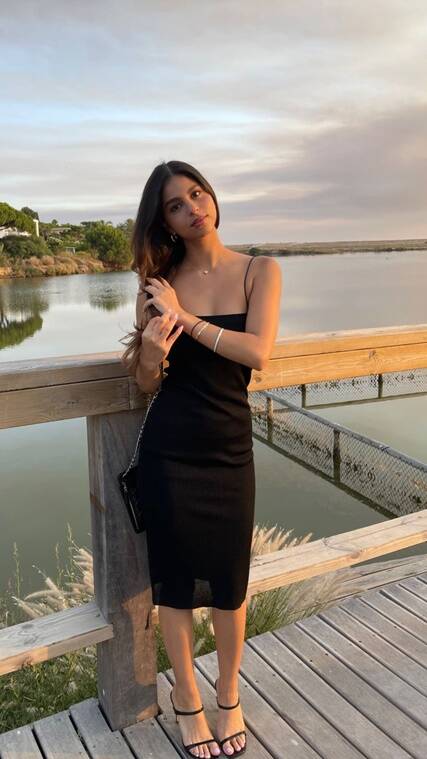 The series also features children and grandchildren of the biggest superstars, including Kushi Kapoor, Agastya Nanda, and Suhana Khan. As soon as the trailer of the movie was dropped Suhana’s mother Gauri took to her social media handles and expressed her happiness. She thanked Zoya Akhtar and wrote, “You Did It Suhana”.

Later, Shah Rukh Khan also wished his darling daughter and also gave some meaningful advice. Now, in the recent posts, Suhana could be seen performing a complicated yoga asana with ease. The photo has been shared a celebrity yoga coach Rupal Sidh on her social media handle. The trainer mentioned that Suhana is aceing the ‘Kak Asana pose’.

While sharing the photo she wrote, “Here is the darling @suhanakhan2 doing the #kakasanapose just in a few classes together! The champ she is, shows on the Mat! The sweet, chirpy and Uber cool! Ever so helpful and always ready to try something new!”

The netizens were left impressed and started commenting on this photo. “wow she is truly shah rukh khan’s daughter very hardworking,” wrote one user. “this pose seems very difficult but she is killing it,” wrote another user. Some even complimented Suhana for her focus, “she seems to be so focused with that pose,” wrote another user.