Lucky fame Sneha Ullal shared a black and white photo of herself on Wednesday. The actress looked ethereal dressed in a traditional attire.

As soon as she dropped the pictures fans were quick enough to point out the stark resemblance between her and Aishwarya Rai. One wrote,“Ek baar ko laga aishwarya h”. Another commented, “Hi Aishwaraya Rai,”. One fan remarked, “Aishwarya Rai’s Xerox copy,” “Had to look at name to be sure. Aishwarya look alike so much,” read another comment. Take a look: 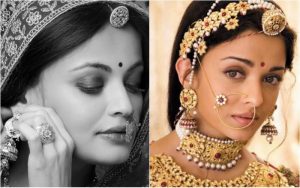 A year after her debut Sneha opened up about her resemblance with Aishwarya Rai and said she wants to be known for her achievements. She was quoted as saying, “I am a big admirer of Aishwarya Rai for her work and achievements in the film industry but to be very honest I am not really happy being compared to her for my looks. I want to have my own individuality. What can I do if I look like her? I don’t want to be so but can’t change my looks now. I love to be known and recognized for my own work and achievements.”

She also revealed that she had met Aishwarya once and was touched by her warmth. She had shared, “I have met her once at a function and she met me with all respect and warmth. I liked it very much. To be true, in the beginning, I wanted to avoid her but then I changed my mind and went and said ‘Hi’ ‘to her.”

In a 2009 interview she had shared that she feels that those comparisons were made only because of Salman Khan. She had stated, “I really think those comparisons have been unfair to me professionally. If I hadn’t made my debut in Lucky, it would have been all okay. I was compared to Aishwarya Rai.. only because of Salman Khan.”