2021 seems like a year of the wedding as a lot of celebs are getting hitched. After Varun Dhawan-Natasha Dalal, Dia Mirza-Vaibhav Rekhi, another one to join the bandwagon are TV actors Aaditya Kapadia and Tanvi Thakker. The couple tied the knot on February 16 in an intimate ceremony. The wedding took place in the presence of close friends and family at a SoBo hotel. 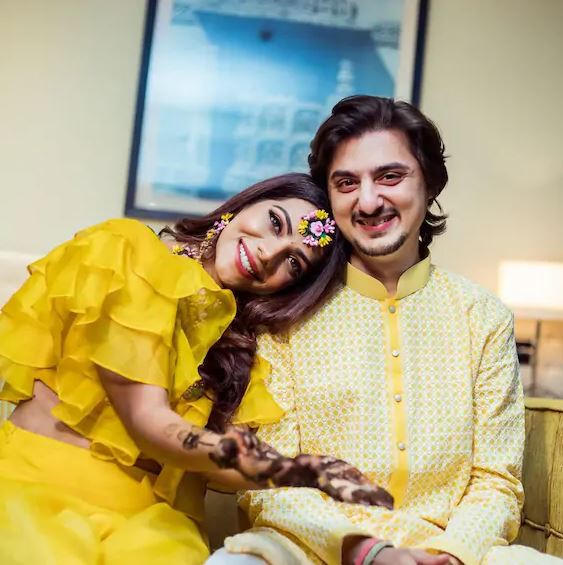 peaking about their wedding the couple told SpotboyE, “We have known each other for 10 years now, so getting married wasn’t new for us. We have been married to each other in our hearts and mind for many years now. I am happy that we had a small low-key wedding because I am a quiet person and get intimidated by crowds. It was a beautiful and sweet experience to exchange vows.”

Talking about their honeymoon plans Aaditya said, “We already went on a short holiday to Dubai before we got married. I have some work assignments and Tanvi will also be busy after the wedding, so we thought of doing this trip before our wedding.” Meanwhile, Tanvi further added, “When someone said, ‘Mr and Ms Kapadia’ I did not turn around. After a while, it sunk in, that I am officially married and now we are husband and wife. I am happy that I am married to someone who is my best friend for so many years.”

For those who don’t know, Tanvi Thakker is a famous name in small screen industry. She rose to fame with her role in the popular TV show ‘Miley Jab Hum Tum’ while her husband Aaditya Kapadia is also a celebrated actor who has featured in many TV shows as a child artist such as ‘Shaka Laka Boom Boom’, Cambala Investigation Agency and more. He was last seen in Colors’ show Code Red.