SEE: Photograph Of Sara Ali Khan And Kartik Aaryan Holding Hands, Netizens Tag Them ‘Made For Each Other’ 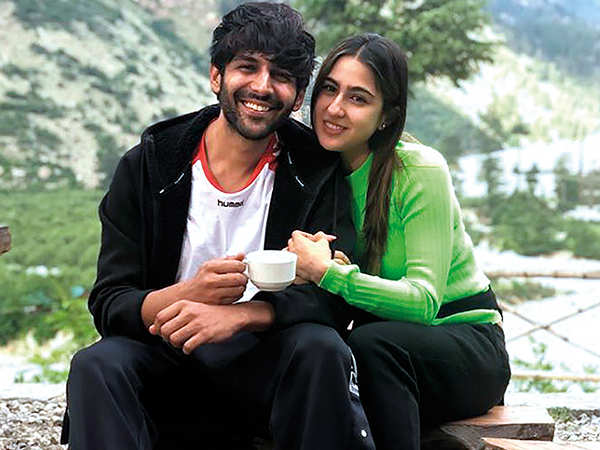 In the Koffee With Karan, Sara confessed her love for actor Kartik Aaryan in front of papa Saif Ali Khan. Ever since the interview, media is up-to creating news about the two. She had admitted on Koffee With Karan that she would like to go on a date with Kartik Aaryan. After a while the two started shooting together for Imtiaz Ali’s upcoming film. To which, rumours have surfaced that the two are dating each other in real life.

The concerned rumoured  boyfriend received Sara, her mother Amrita and brother Ibrahim at the airport post their London vacation. To such a sweet gesture, Sara Ali Khan dropped the gentleman to the airport the very next day for his flight to Lucknow. It is not as of now Kartik displayed such behaviour. Back in Lucknow in a public place fans mobbed them and the gentleman protected the pretty girl. Their video went viral and the two have been tagged as the most romantic couple by the netizens.

Viral Bhayani took to his Istagram handle and posted the picture of the two, holding each other’s hands while engaged in a conversation. Meanwhile, on the work front Kartik is shooting for Pati Patni Aur Woh remake, whereas Sara will soon start shooting for David Dhawan’s Coolie No. 1.

#saraalikhan all support for #kartikaaryan who is currently shooting in lucknow. ❤❤❤❤