Bollywood gorgeous actress Sara Ali Khan roaming in the lap of the mountain as is on a trip to Jammu and Kashmir recently. She has shown a peep of her vacation to the fans through her social media handles. The actress is roaming in numerous alluring places in Jammu and Kashmir. Now, she has shared pictures of trekking in Pahalgam with her fans. 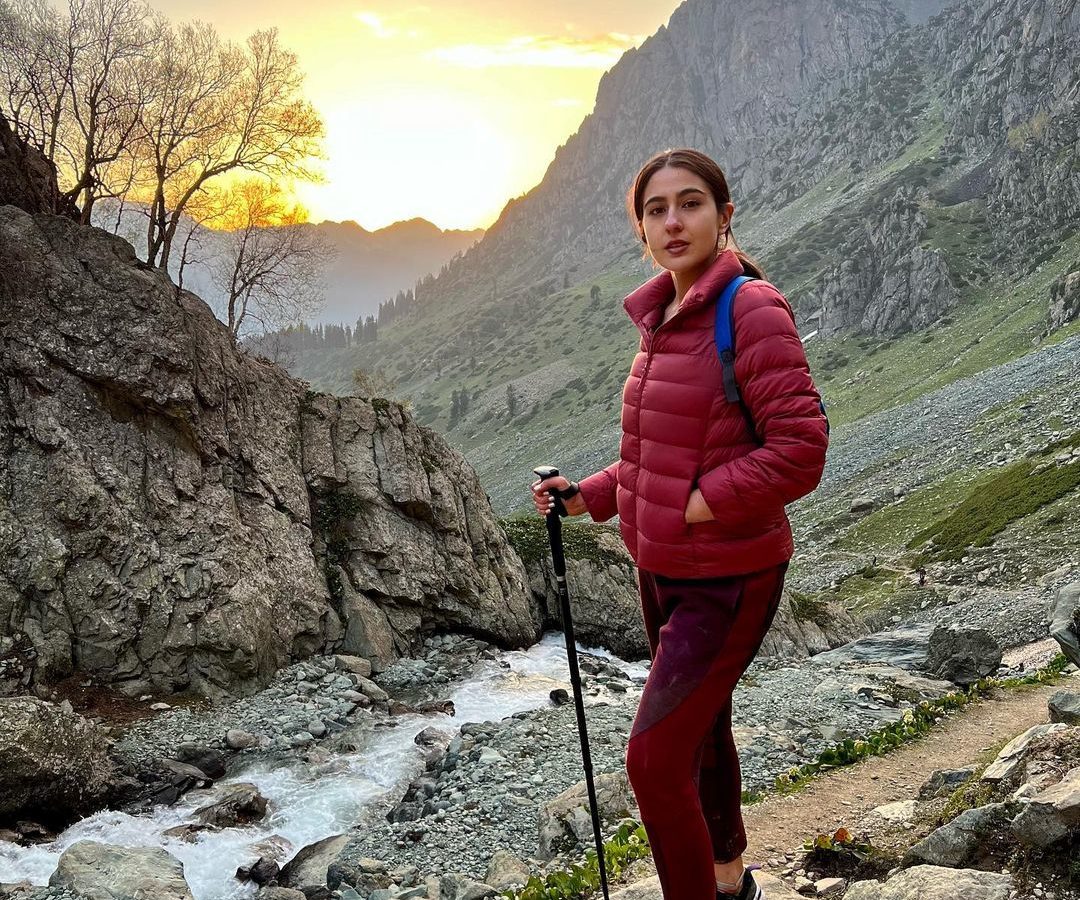 The actress Sara Ali Khan enjoys camping often. While sharing a picture on Instagram Story, the actress stated that this camp became her home for one night. The Atrangi Re actress is a hodophile and usually entertains her fans with mesmerizing glimpses of numerous breathtaking places in the world. The actress Sara Ali Khan leads to stealing millions of hearts with her amorous style. 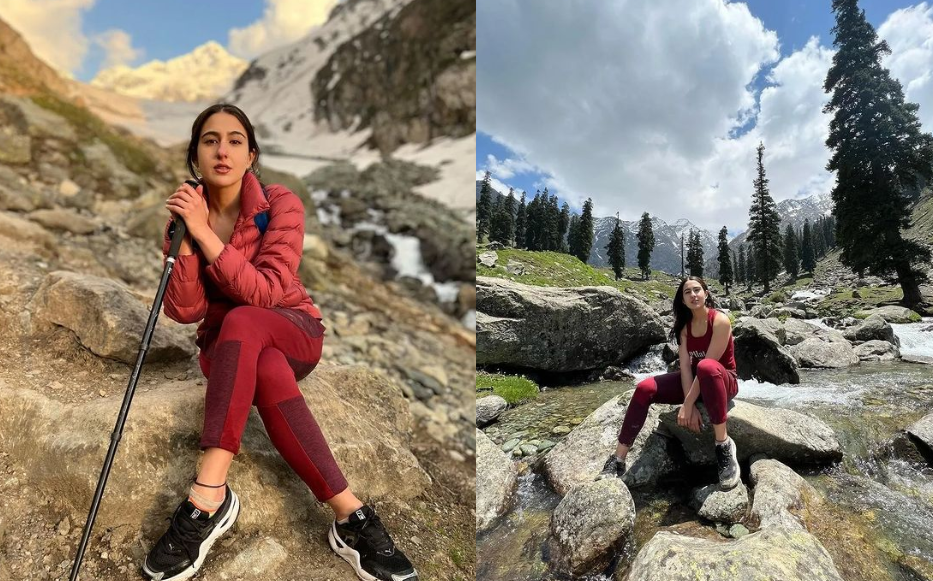 Moreover, she holds a long stick in her hand for trekking. Furthermore, she is carrying trekking shoes with her from Black Lacquer. However, while sharing these pictures, the gorgeous Sara Ali Khan has also penned four lines in rhyme, from which people are very fond. Sara Ali Khan penned, “Kashmir ki bud, is back to your street, now I went on trekking.” Alongside lines, Sara Ali Khan has mentioned emojis with flowers, sun, and moon. 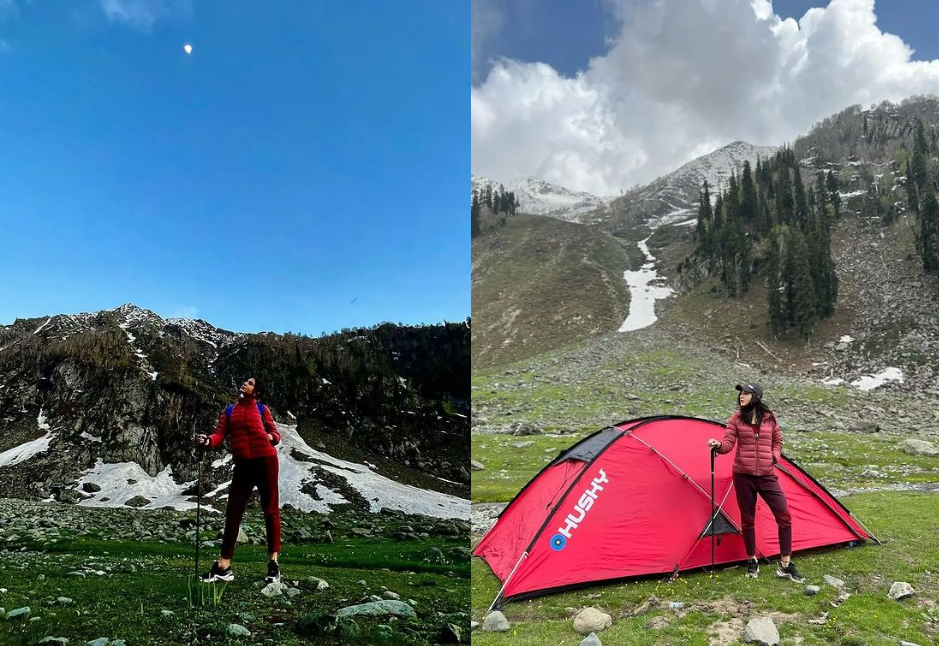 It seems that Sara Ali Khan loves Kashmir immensely. She often goes on a Kashmir tour for a vacation. While she has shared pictures during the Kashmir trip on her social media handles. On the professional front, the actress Sara Ali Khan was last seen in the film ‘Atrangi Re’ with Akshay Kumar and Dhanush. Now, she will next be seen in ‘Gaslight’ with co-star Vikrant Massey.