Samantha Ruth Prabhu Lashed Out At A Reporter For Asking About Separation Rumours With Husband Naga Chaitanya; Checkout The Video

South superstar and Family Man 2 actress, Samantha Akkineni was recently clicked at a temple where she had visited to pay her respect. A video from her visit to the temple is ding the rounds on the internet where the actress could be seen a little agitated with a media person’s question. In the viral video, the actress could be seen walking towards the temple when suddenly a reporter asks her about the rumours of separation with her husband Naga Chaitanya. To this, Samantha could be seen getting angry and schools the media person by saying “Gudiki vachanu. Buddhi unda” in Telugu, which translates as “I have come to a temple. Don’t you have any sense?)” 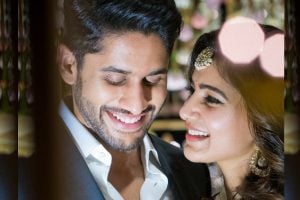 Samantha visited the temple along with the team and security guards who walked with her towards the temple. The rumours of problems in Samantha’s marriage with Chaitanya turned rife when the actress dropped her surname from her Twitter profile and changed it to ‘S’. 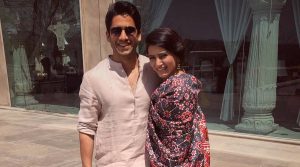 Although, the couple hasn’t accepted or denied anything about the rumors and the duo could be seen supporting each other’s work on social media. Recently, Chaitanya shared his picture with actor Aamir Khan from the sets of his upcoming Bollywood film ‘Laal Singh Chadha’ and wife Samantha was among the first one to repost the picture and promote it. Samantha also keeps retweeting about Chaitanya’s film and she recently gave a shout-out to his other film ‘Love Story’ and commented on it as ‘winner’. To this, actor Chaitanya too replied to her comments and wrote, “Thanks Sam”.