Saif Ali Khan Reacts To Being Less Successful Than Shahrukh Khan, Salman And Aamir, “They Were Kind Of Born Somehow To Be Actors”

Saif Ali Khan has emerged as one of the finest actors that the industry has ever had.  But when it comes to tasting success he did not enjoy much success as other Khan’s -Shahrukh Khan, Salman Khan and Aamir Khan. In a recent interview with a leading portal the Nawab of Pataudi has talked at length about his journey in Bollywood.

In an interview with Film Companion, Saif Ali Khan agreed being less successful than the three Khan’s and it was a good thing for him as an actor. He was quoted as saying, “I have to say these guys – Shah Rukh, Salman and Aamir – were kind of born somehow to be actors. I think it must have been a childhood ambition. Certainly, I know it was for two of them. I don’t know if it was Salman’s ambition anyway but he was certainly built for it and made for the kind of success he saw. I joined movies at a time where you got to aim to either be a superstar or not bother. And there’s a point there. It wasn’t really about nuance, different kinds of characters…all that has happened now.” 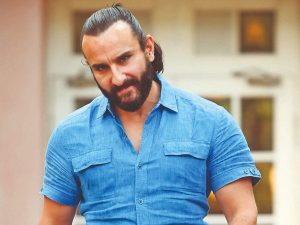 He further went on to reveal that he has started experimenting with his roles because he has become more interested in acting and understands it better now. “For me, films have also changed. I am being offered complex roles and parts, and it is possible to make a lucrative living that can support a fairly lovely lifestyle.” 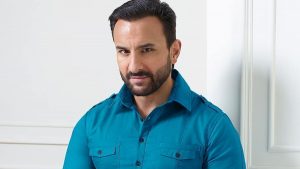 Saif credited Akshay Kumar for helping him make big in Bollywood and said, “If I was cute and fun in a lot of movies and I did a lot of work with Akshay Kumar, who perhaps lacked at that point, cute and fun, so we made a kind of super-person and found our way in the industry. I completed him and he completed me. I think that’s why we are so fond of each other till today. We realise we owe each other that, in a sense,” he said, adding, “Usually, a solo successful superstar like these guys (the Khans) don’t need someone to complete them.” 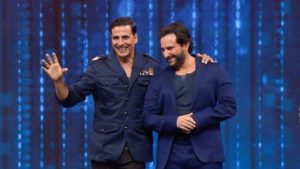