Rhea Kapoor And Karan Boolani To Tie The Knot At Anil Kapoor’s Residence In An Intimate Ceremony, Deets Inside

Anil Kapoor’s daughter and producer Rhea Kapoor is all set to tie the knot with longtime boyfriend Karan Boolani today in attendance of close friends and family. Although there is no official confirmation from the Kapoor family but as per various reports the wedding festivities will start today and will continue for 2-3 days.

Rhea’s sister Sonam had also landed in Mumbai a month back and her hubby Anand also joined her a few days back. The sources claimed that since both Sonam and Anand are in the city it’s the best time for the wedding. Groom-to-be Karan was also spotted visiting Kapoor’s residence which was all lit up for the ceremony. It seems like the preparation is going on in full swing.

Rhea and Karan have been dating each other for the past 13 years. Earlier in a 2019 interview with Zoom Tv, Sonam Kapoor had opened up about Rhea’s relationship with Karan Boolani and said, “Oh, no. When she does get married, I’ll be very happy to tell you. They’ve been dating for 10 years, they’ve not gotten married yet. When the happy news is there, it’ll all be announced. But, no, they are not getting married this year.” 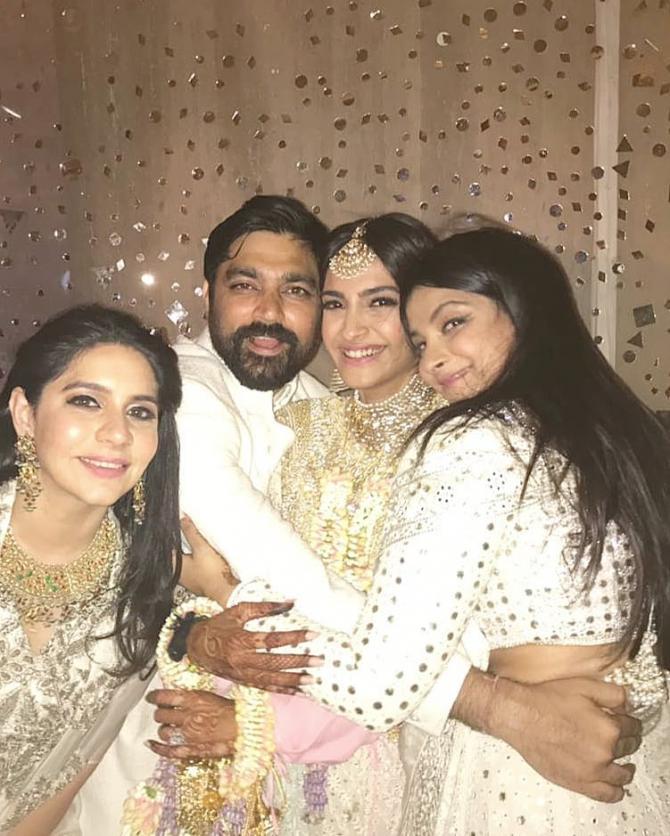