Ranveer Singh may have drawn criticism for his outlandish attire, but the actor has repeatedly shown that no one can rock high fashion like him. The actor was recently seen showing off his high-end fashion skills at the Mumbai airport as he left India for his birthday vacation. We can’t help but take style cues from Ranveer Singh’s high-end fashion rulebook because it is so enticing and drool-worthy. Making a statement with an eccentric high-end outfit was the focus of the actor’s most recent airport appearance. 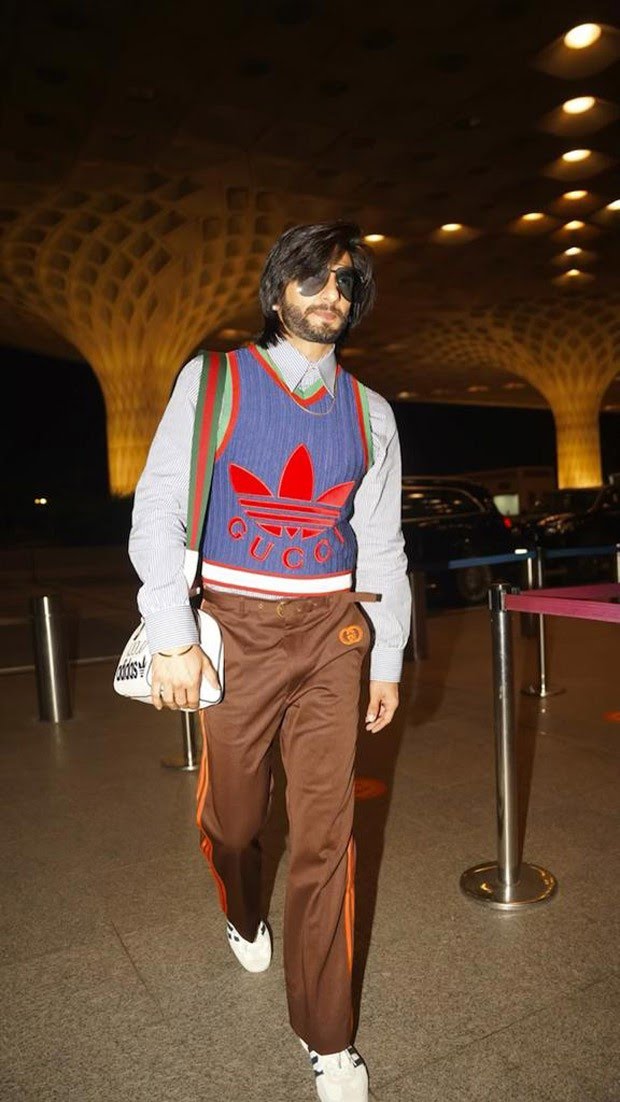 Ranveer Singh appeared sharp as he exited his opulent vehicle and entered the airport grounds. For this unusual appearance, the actor was spotted wearing a Gucci x Adidas outfit from head to toe. He wore a pair of brown jersey pants with orange Adidas’ recognizable side stripes. On the side, an orange “G” patch, a signature feature of Gucci, could be seen. The brown pants are approximately Rs. 1,10,523 ($1400). 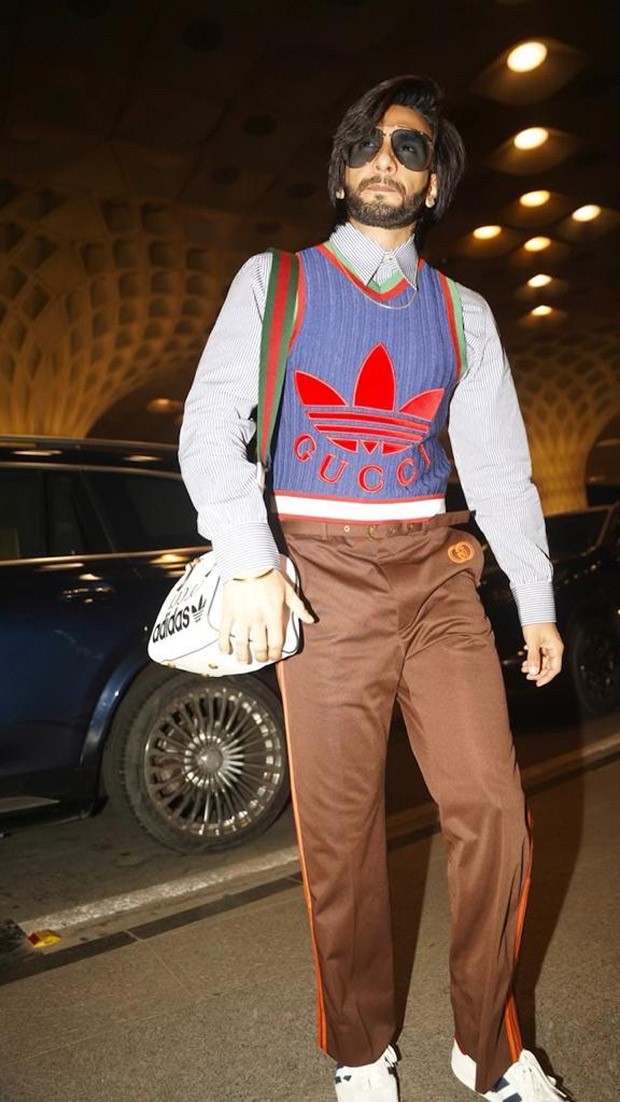 Charming actor of Bollywood Ranveer Singh wore it with a business-casual ice blue banker’s striped shirt and a dark blue vest sweater with red and green trim along the border and the Gucci and Adidas logos printed in red on the front. The vest sweater costs approximately Rs. 80,886 ($1000).

The actor completed his look with a Gucci X Adidas duffle bag that costs $600, which is equivalent to Rs. 2,32,887 ($2,950), a pair of white Adidas sneakers, and a pair of oversized black aviator sunglasses. He completed his ensemble with a sleek silver chain. He showed off his naturally falling, shiny, bushy hair. 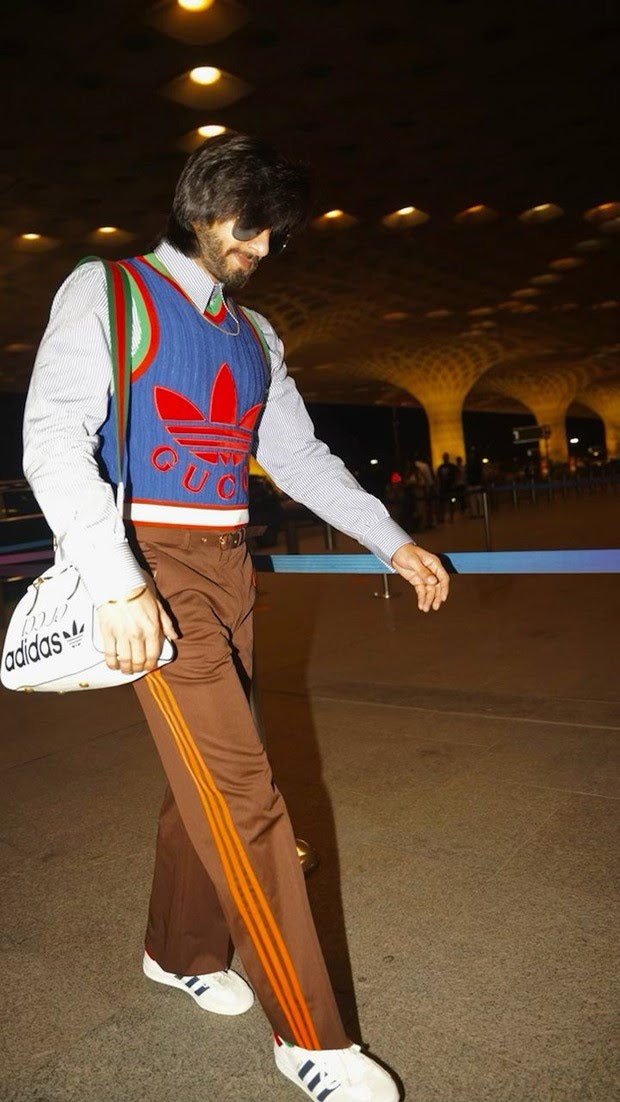 On the professional front, Ranveer Singh is looking forward to Cirkus’ release this Christmas. In addition, the actor will appear in Rocky Aur Rani Ki Prem Kahani, directed by Karan Johar, which will be released on February 10 of the following year.