Deepika Padukone’s upcoming movie Pathaan’s teaser is garnering all the love and attention from her fans. On the special day of Shah Rukh Khan’s birthday, the makers decided to share glimpses of his much-anticipated movie. Amid all the love and appreciation, Deepika Padukone’s husband and actor Ranveer Singh also reacted to the teaser and declared it the “Return of the king”. 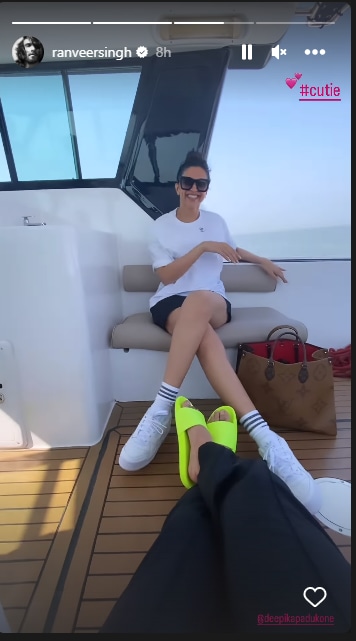 Meanwhile, both husband and wife are taking some time off and were seen enjoying a boat ride together. Ranveer Singh took to his Instagram story and shared a video of his wife and himself from a boat. The duo is seen laughing their hearts out as Deepika pat’s her hubby on his leg, he later pans the camera on himself. In the video, Deepika is slaying in a casual avatar with a simple white shirt and shorts while Ranveer is looking handsome hunk in a white T-shirt along with signature sunglasses. 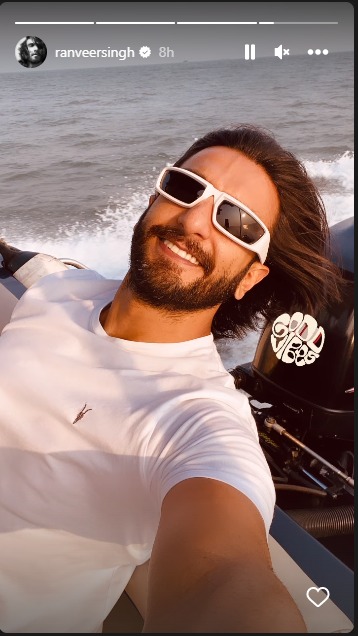 As soon as the actor dropped the video, the fan pages of the couple were over the moon. A user with a handle name ‘deepveerians’ shared the video and wrote that the fans are happy to see them and missed watching them together. For the unversed, both Ranveer and Deepika have been busy shooting for their upcoming projects. Earlier, there were rumors that their marriage has hit the rock bottom, but both decided to not comment on it.

However, the couple’s chemistry has now put the rumors to rest. A few weeks back, Ranveer had credited his success to his wife and family members at an award show. Deepika’s ‘flirtatious’ comments on her hubby’s photos also suggested that the rumors may come and go but these two will always be together.