Recently, the world has lost melodious voice singers and humble singers KK. After suffering a cardiac arrest in Kolkata on May 31st, singer KK passed away. Priyanka Chopra, a global actress, expressed her shock and grief over the death of singer KK in a post on her social media platform. On May 31st, Krishnakumar Kunnath, or KK, died. He was a legendary musician who embodied the spirit of a generation. 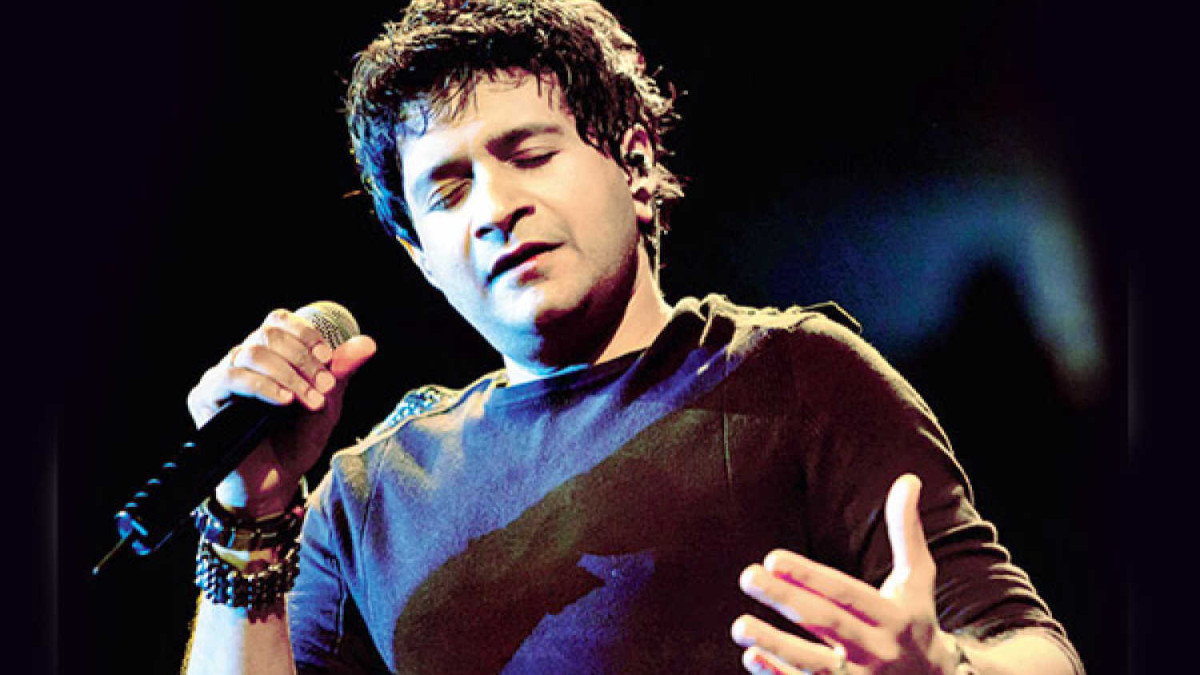 KK was performing a live concert in Kolkata’s Nazrul Mancha, for those who didn’t know. He went to his hotel because he was sick, and his condition quickly worsened. He was rushed to the CMRI hospital in Kolkata, where he was declared dead upon arrival. People expressed their shock and sadness on social media when news of his untimely and tragic death surfaced online. The actress Priyanka Chopra, among others, shared a video of the late musician and wrote a few heartfelt words. 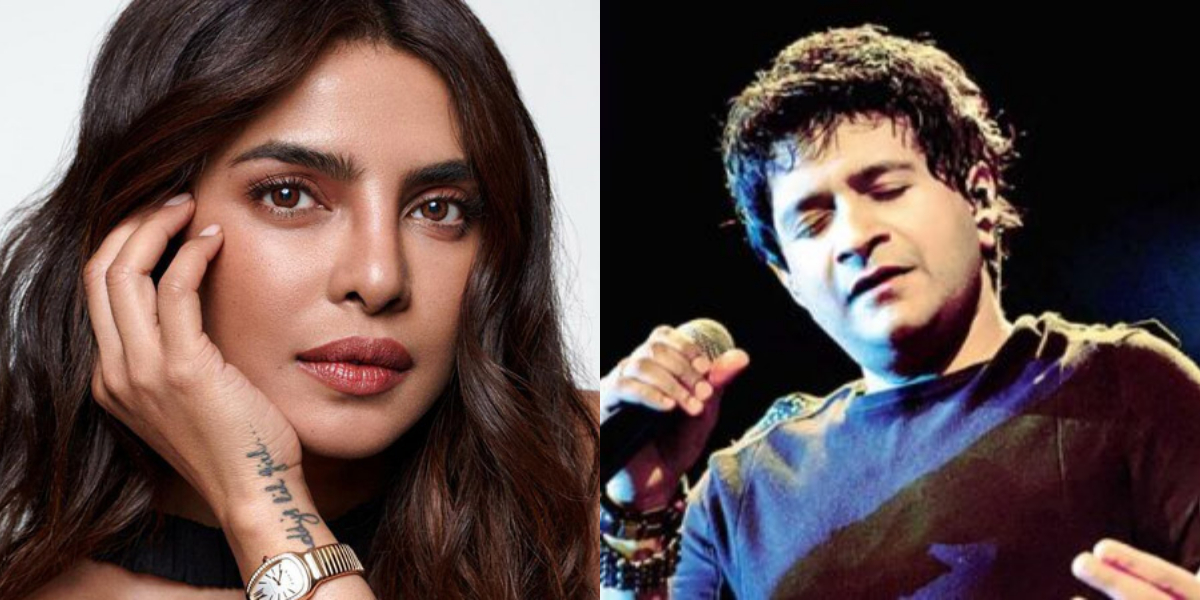 Priyanka Chopra posted a video of KK performing on stage at a concert on her social media page a few hours ago. The actress expressed her condolences to the late actor’s family in the caption of the post. 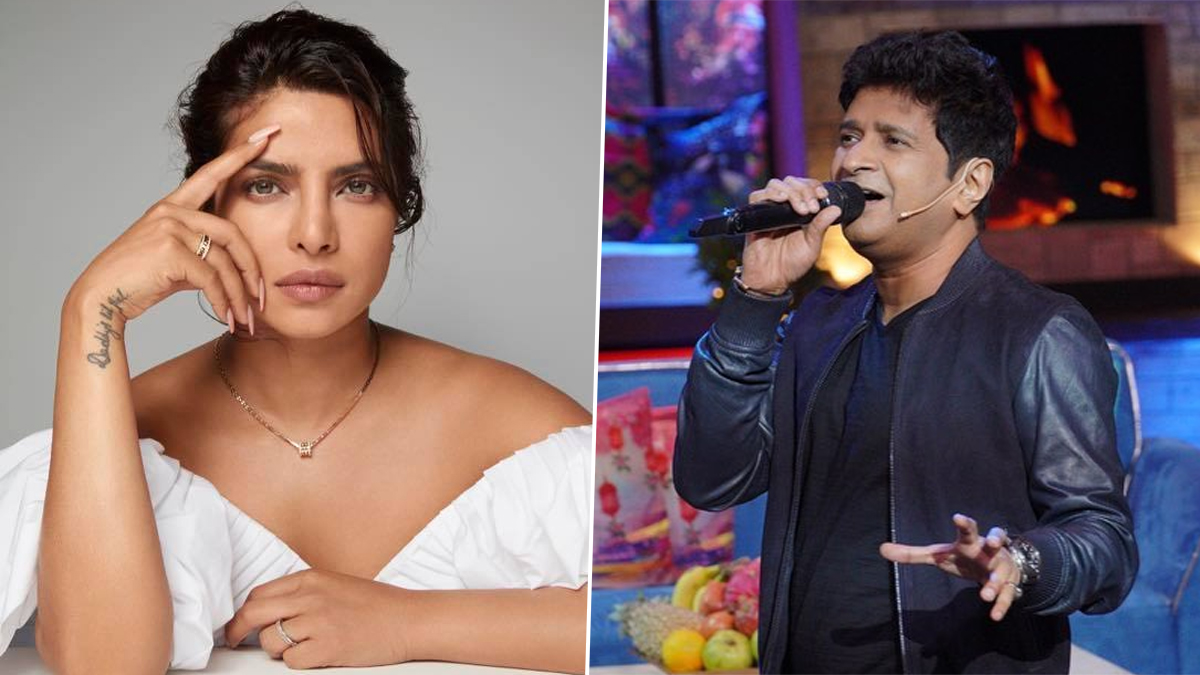 Her note read, “Gone too soon. Condolences to @jyothykrishna, @taamara.k24, @nakulk24, and everyone who grieves today. Rest in Power KK (folded hands emoji) (heartbreak emoji)”. Many fans expressed their sadness in the comments section as soon as she posted the video. 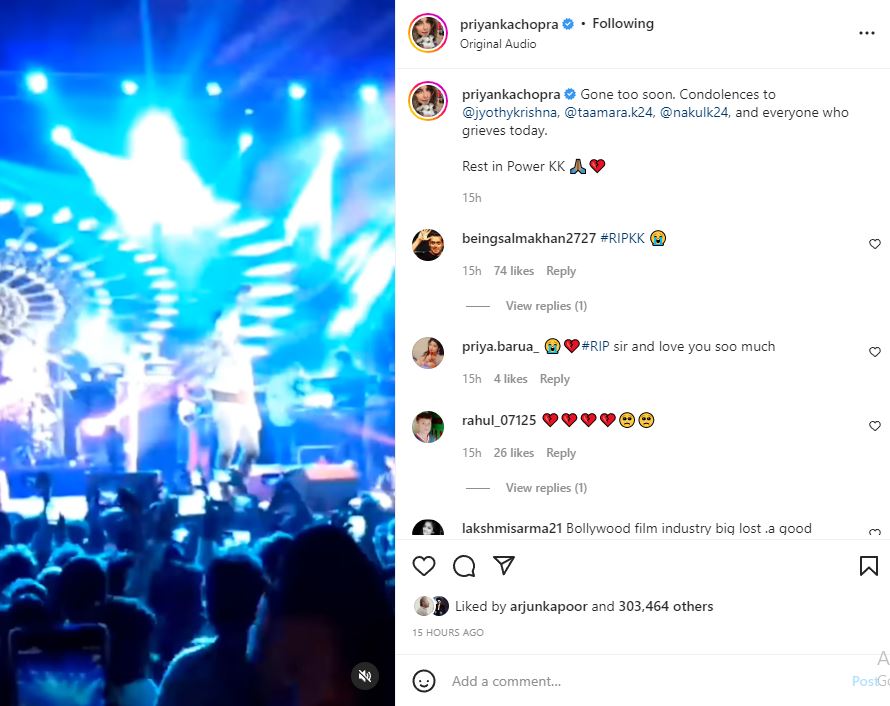 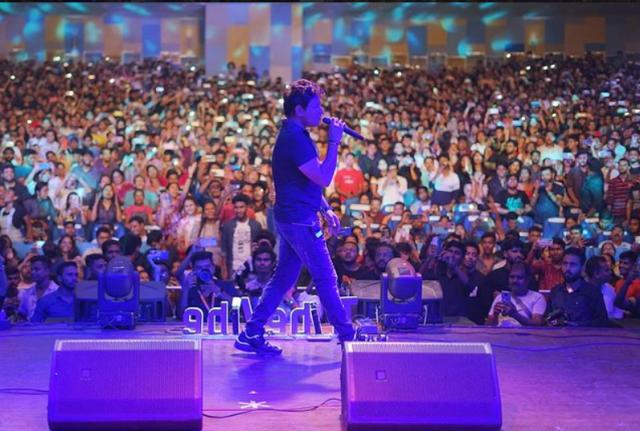 The last rites for late singer KK will be held on June 2. KK’s wife, Jyothy Kunnath, and his two children, Tamara and Nakul Kunnath, survive him. Last morning, the family arrived in Kolkata. In the presence of state Chief Minister Mamata Banerjee, the singer was saluted with a gun salute at Rabindra Sadan. The mortal remains of KK have now arrived in Mumbai. Today, June 2nd, his final rites will take place.