Global gorgeous star Priyanka Chopra has shared a post on her Instagram handle and her dearest hubby Nick Jonas has also reacted to her post. Priyanka Chopra never fails to surprise her fans with pool pics from her Los Angeles home. On Saturday, the actress shared a couple of pictures from her infinity pool again. While she was seen posing in the first picture, the second showed her sneering. Priyanka Chopra’s darling hubby Nick Jonas also reacted to it in the comments section. 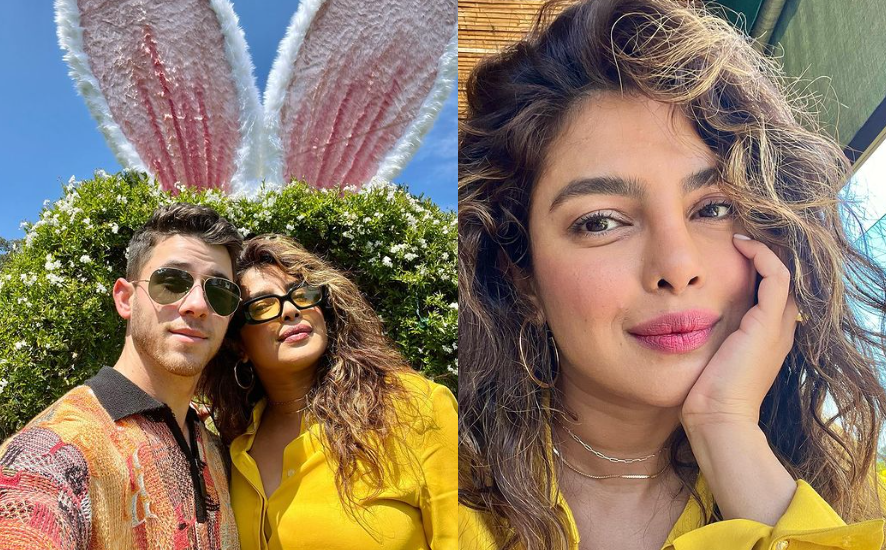 While sharing the pictures, Priyanka Chopra wrote, “Instagram vs reality.” Priyanka, in a two-piece bikini, posed in the blue pool with presence to get the best shot for Instagram. In reality, she blew out into laughter on being clicked while soaking in the sun, as shown in the second picture. While commenting on the post, her hubby Nick Jonas wrote, “Damn,” with a fire emoji. 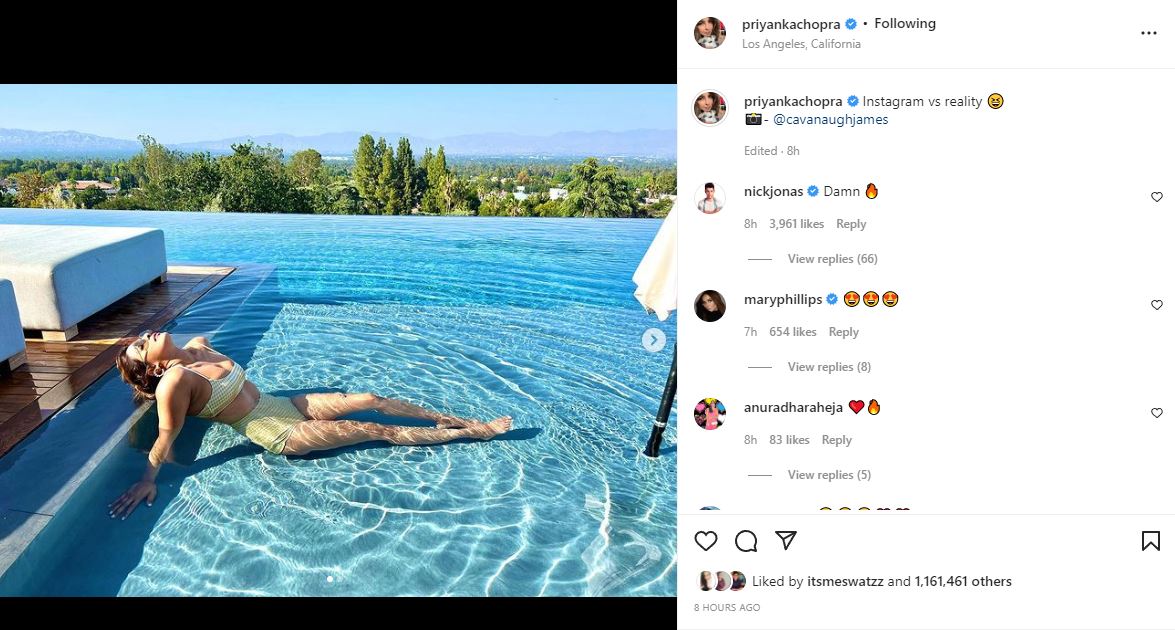 Reacting to Priyanka’s picture and Nick’s comment, a fan wrote, “They’re both so cute! and that smile!” Another one said, “Reality is faaaaaaaaaarrrrrr better than Instagram.” Moreover, a user also stated, “I feel happy when I see my queen living her best life.” In January this year, the couple announced on their social media handle respectively that they have become parents to their first child, via surrogacy. 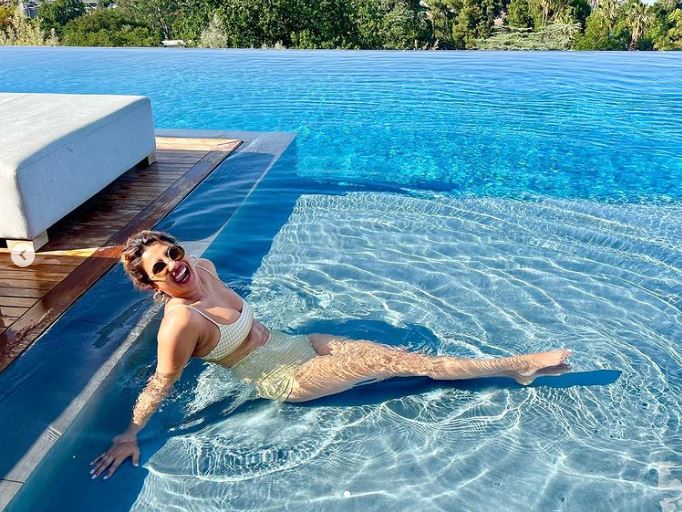 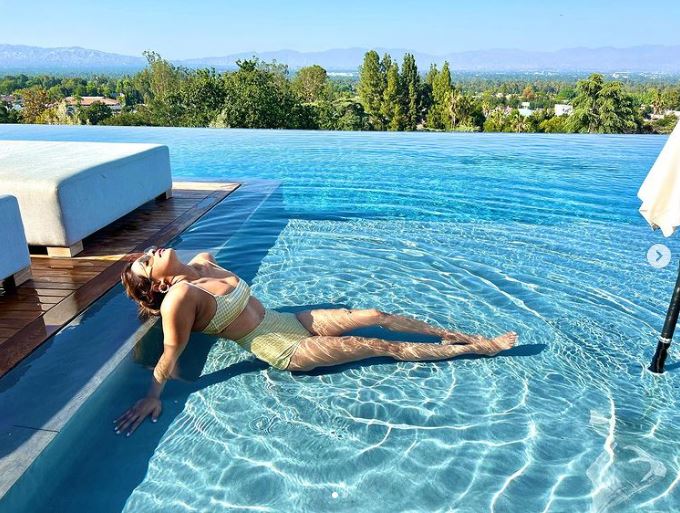 On the professional front, currently, Priyanka Chopra will be seen in Jim Strouse-directed rom-com It’s All Coming Back To Me, Amazon thriller series Citadel, produced by Russo Brothers, and Ending Things with Anthony Mackie. 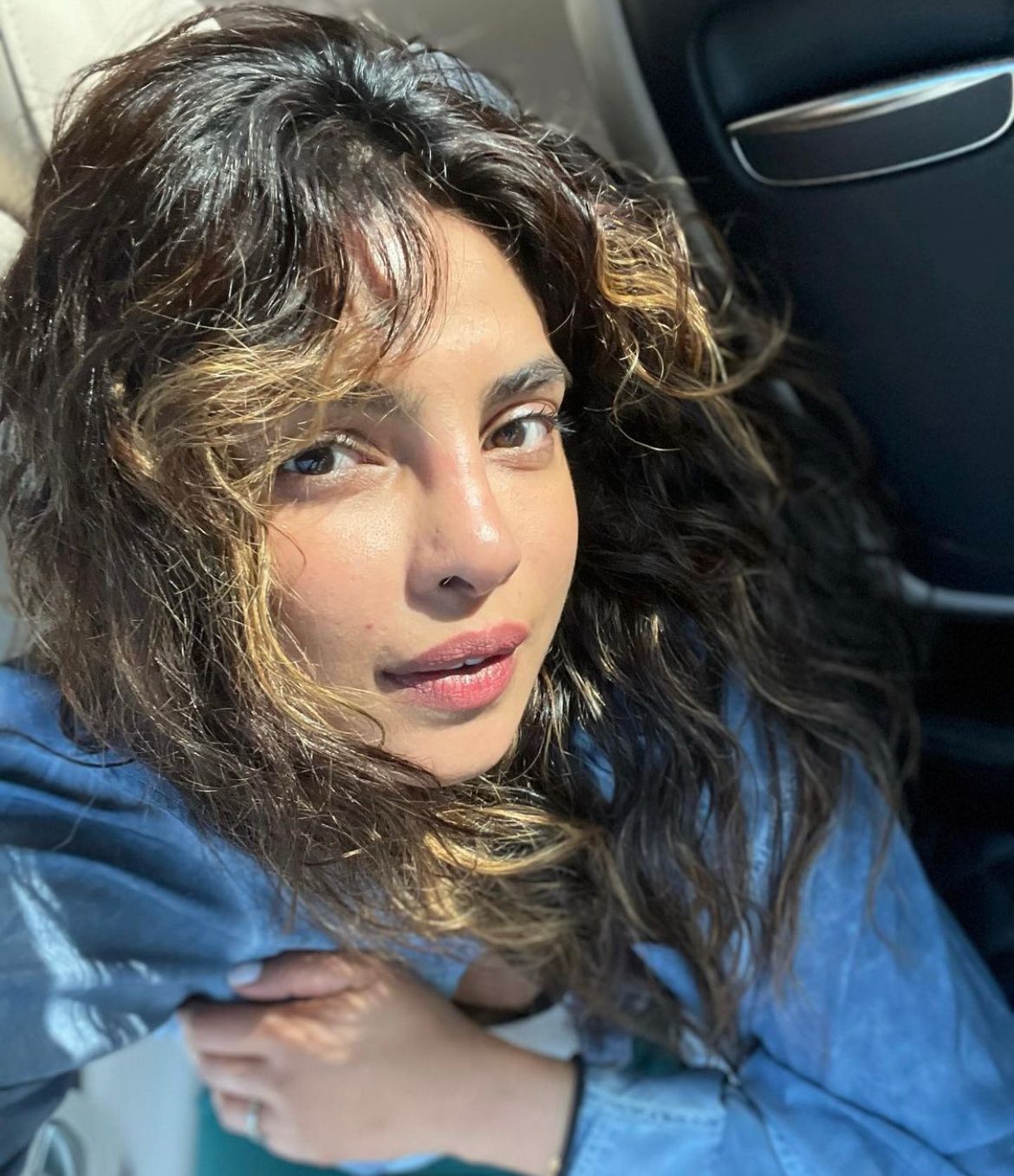 In Bollywood, Priyanka will be seen in Farhan Akhtar’s Jee Le Zaraa with Katrina Kaif and Alia Bhatt. Furthermore, the actress has Sangeet, an unscripted series co-produced with Nick in the pipeline.