A newlywed couple, Farhan Akhtar and Shibani Dandekar shared the first beautiful pictures from their Christian wedding. Farhan Akhtar and Shibani Dandekar had met for the first time on the shoot of a reality TV show, I Can Do That, where she was a participant and Farhan was hosting. Afterward, they started dating and spread rumours all over, later on, they had addressed by making their relationship official and started sharing pictures of each other. 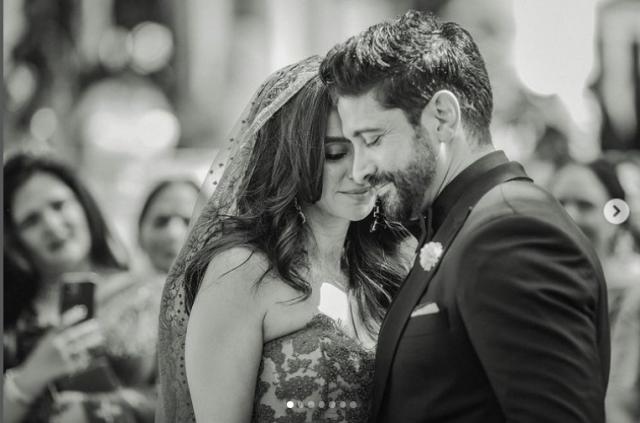 After all the ballyhoo, finally, now, Bollywood actor, Farhan Akhtar had exchanged the wedding vows with his longtime girlfriend, Shibani Dandekar. They had a Christian wedding in the presence of their close-knit family and friends at the Farhan’s Khandela house and was going perfect at the wedding ceremony. The couple looked fabulous.  While the groom had dressed up in a black tuxedo suit, the bride had amazed in a red gown. 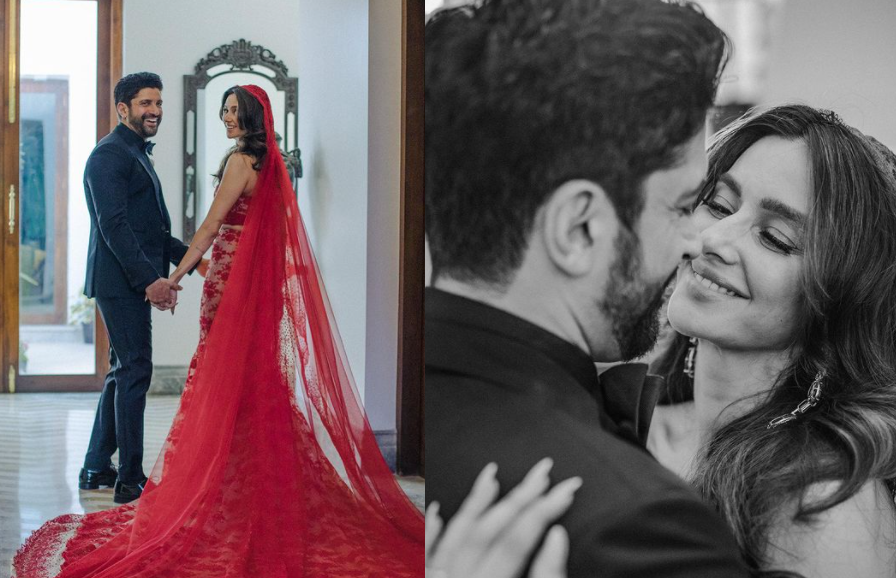 A few moments back, Farhan Akhtar shared a post on his Instagram handle and shared glimpses from his Christian wedding with Shibani Dandekar.  While sharing the pictures, the newlywed, Farhan Akhtar wrote a wholehearted note, seeking blessing from his fans as he started a new journey with his wife, Shibani. 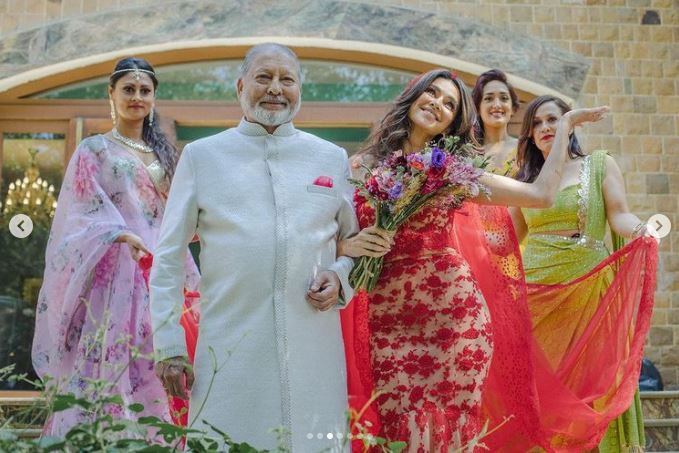 He wrote: “A few days ago, @shibanidandekar & I celebrated our union and we are deeply grateful to all those who did respect our need for privacy on that day. The celebration, however, is incomplete without sharing some precious moments with you and seeking your blessings as we begin our journey across the skies of time, together. With love from us to you (with a heart and folded hand emoji).” 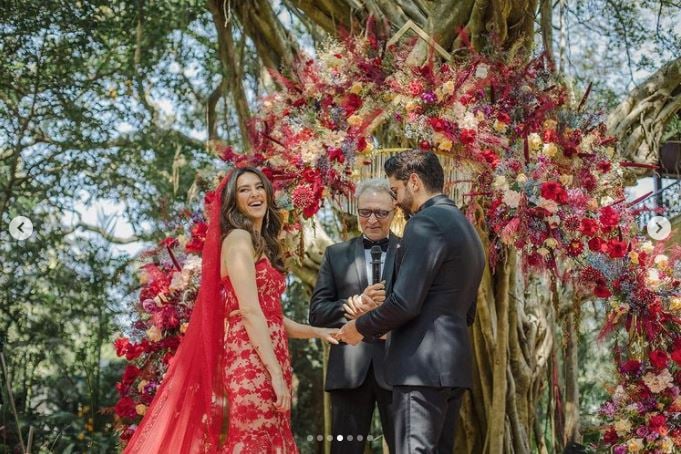 On the contrary, Farhan’s wife, Shibani Dandekar shared pictures, some precious with her husband, Farhan Akhtar, from their perfect wedding, while wearing her dream bridal outfit. She looked so elegant in the red dress and with the long red veil. While sharing the pictures, she wrote: “Mr. and Mrs.” 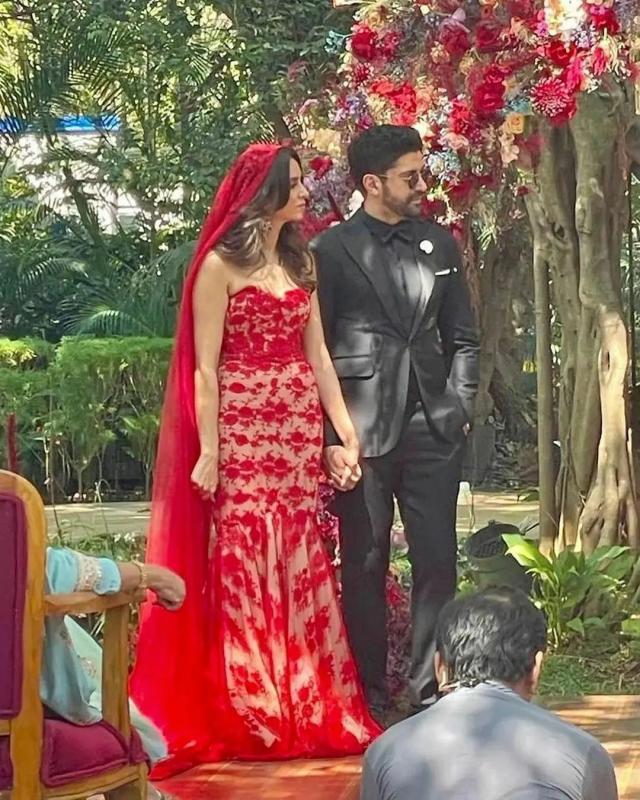 On February 19, 2022, Farhan Akhtar and Shibani Dandekar had to get married, and ever since, they have been enjoying every moment of their marital life. Recently, Shibani has changed her name on her social media profile, it now shows, ‘Shibani Dandekar-Akhtar’ and on her bio reads: “Producer, Presenter, Actress, Singer. MRS AKHTAR (with a dancing girl emoji).” 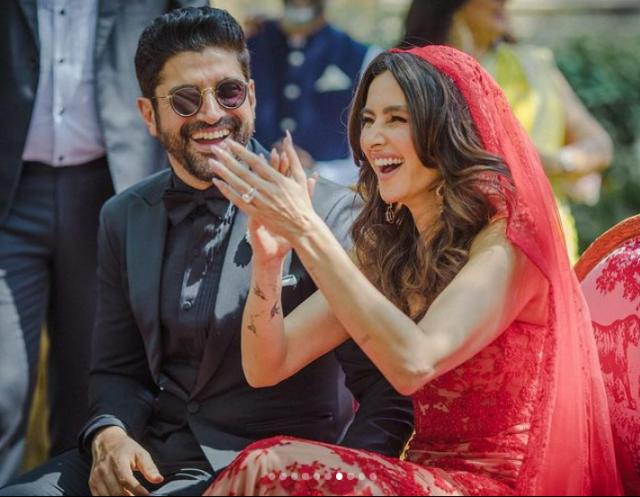 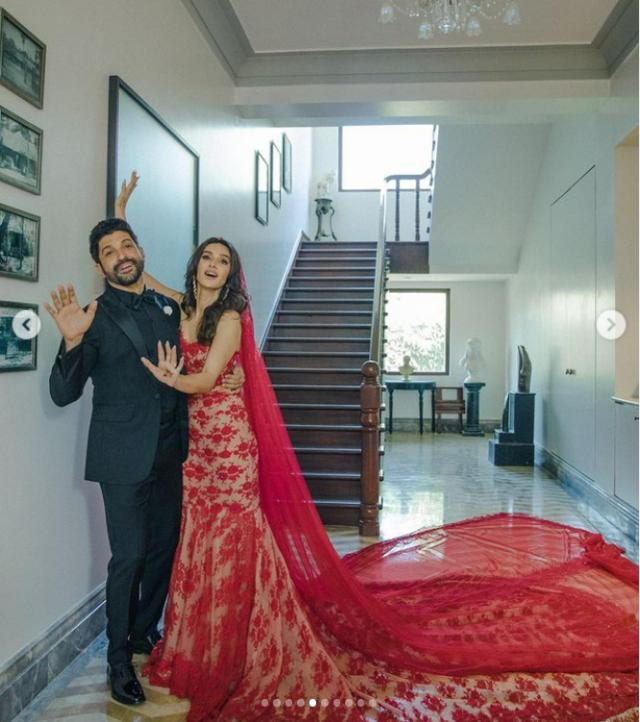 Afterward, the wedding had happened, fans have been curiously waiting for a picture of the newlywed couple. For the reception ceremony, the bride and the groom had picked out Sabyasachi Mukherjee’s collection. Shibani had worn a gorgeous pink-florid saree with a full-sleeved blouse. She had kept her look with a broad choker necklace, matching earrings, and kadha. Additionally, Farhan Akhtar had cajoled her in a beige-coloured sherwani with a golden sleeveless jacket. 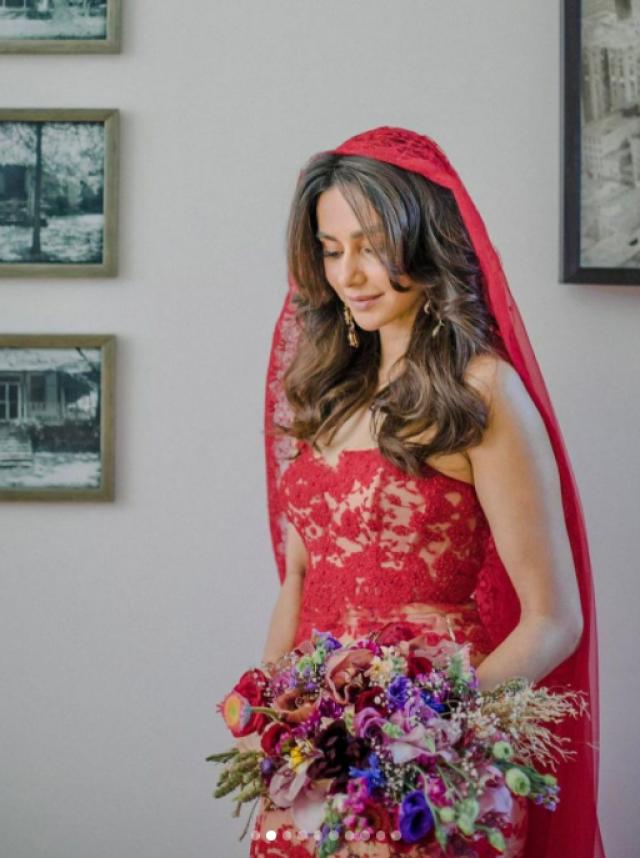 Farhan and Shibani’s pictures from their dreamy Christian wedding were oh-so-romantic!