Netizens Says, “Disha Patani Is Beautiful But She Needs A Stylist Badly”; See Here Why

Disha Patani is currently busy promoting the upcoming action-thriller “Ek Villain Returns” with co-stars, John Abraham, Arjun Kapoor, and Tara Sutaria. The beautiful actress who has given several amazing roles is now in the headlines because of her style and looks. Disha and Tara, both have been trying to look their very best while promoting this upcoming film. 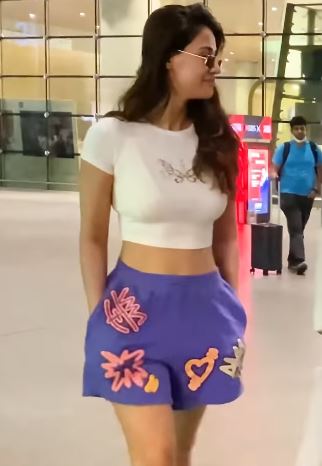 On one hand, Tara is getting appreciated by her fans and netizens, and on the other hand, Disha is getting brutally trolled for her fashion sense. She was seen wearing different outfits at different times during the promotions. 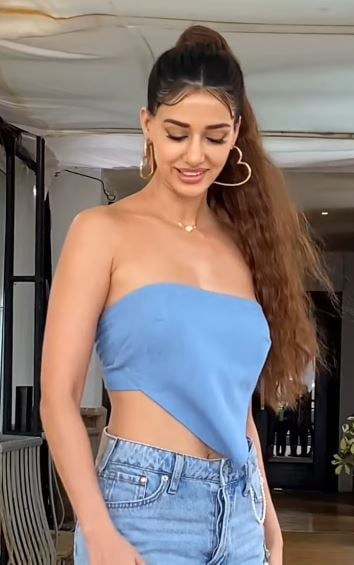 For one, she chose to wear a white crop-top and paired it with purple shorts which had neon patterns on them. She chose to accessorize it with sunglasses and kept her hair loose. For the second look, she wore blue denim jeans and a blue top to pair with it. She accessorized the look with a heart-shaped loop and a small choker. She tied her hair in a ponytail. Both the looks were average and were not much appreciated by the audience. Netizens trolled her saying, “She has no talent except to show her body.” 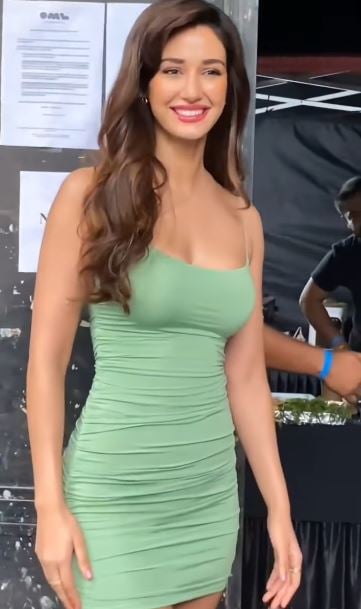 For the third and fourth look, she chose pastel green as her color. In the first one, she chose to wear a pastel green one-piece and for the other one, she wore a pastel green suit with a heavy border scarf. Though the color suited her yet again it was trolled for wearing clothes that showed her body. She got trolled as one netizen said, “Wear clothes.” 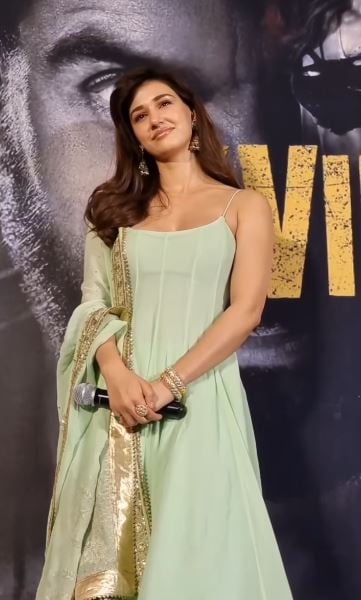 For another look, she opted for a green crop-top and a skirt which again got trolled as she was seen adjusting her skirt all the time. 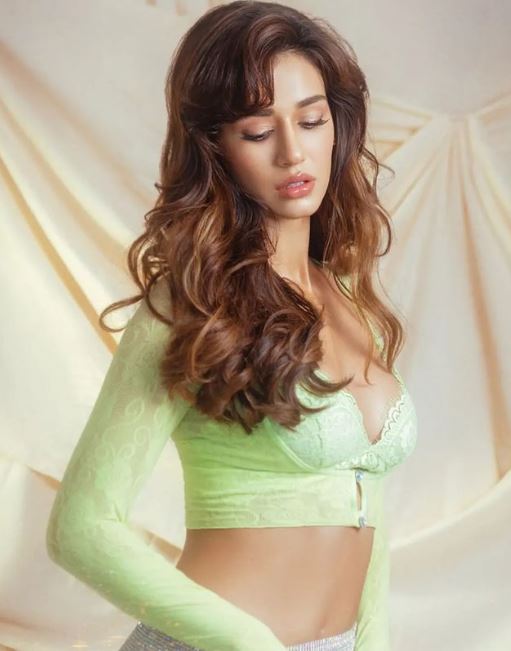 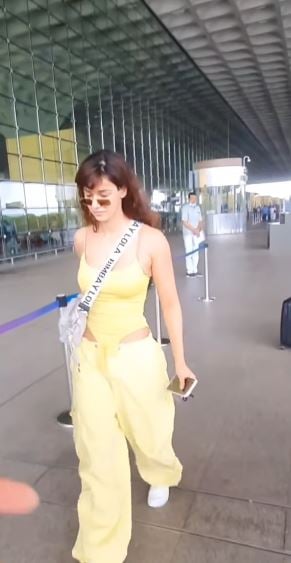 On the other hand, she wore a yellow swimwear top and joggers. In the most recent promotion, she wore a black crop-top curated with a corset and paired it with denim jeans. She accessorized her look with a gold chain with a floral emerald pendant and studded earrings. A netizen said, “Someone please tell Disha that she forgot to wear a top. That’s a lingerie she paired with denim.” while the other said, “Disha is so beautiful but she needs a stylist.“

In all the looks she is getting trolled for wearing innerwear and forgetting to wear the outerwear. She is told that she looks like a stripper and wears clothes showing off her body. The netizens have been saying that though the actress is beautiful, she definitely needs a stylist to bring out some beautiful and elegant pieces for her which actually suit her personality.