Mom-To-Be Kishwer Merchant Opens Up About Her Pregnancy; Says, “To Conceive Naturally At 40 Is A Blessing”

Kishwer Merchant and Suyyash Rai announced their first pregnancy on social media in an adorable way. The couple took to their Instagram handle to announce the good news and shared a picture from Kishwers’ maternity photoshoot. In the picture, Kishwer was seen with a baby bump while Suyyash was down on his knees. The couple also revealed that the baby is expected to arrive in August 2021. 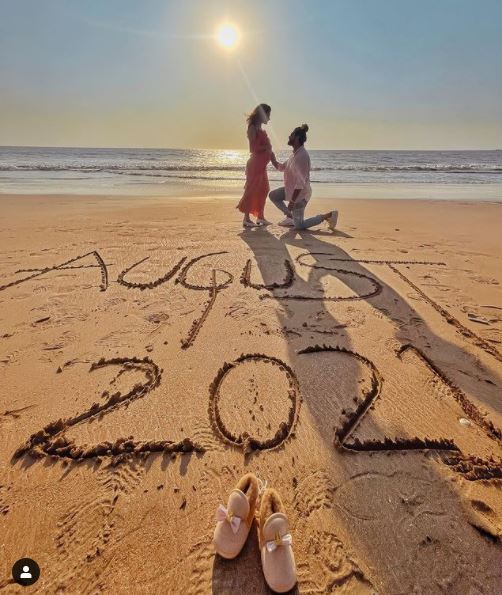 Now, in a recent interview, Kishwer Merchant revealed that she found out about the pregnancy after two months. She was quoted saying, “ On January 15, I realized that I was feeling tired all the time and of course my periods were super late, so I asked Suyyash to get the pregnancy kit. I took the test and there were those two lines…” Suyyash added that those two lines changed their lives. He said that initially they were nervous and didn’t know how to react. “But it has been an amazing journey for both of us.”

Kishwer also talked about embracing motherhood at the age of 40. “To conceive naturally at 40 is a blessing, to be honest. It’s truly a gift from god. I am very happy and can’t wait for our baby to arrive,” she said.”