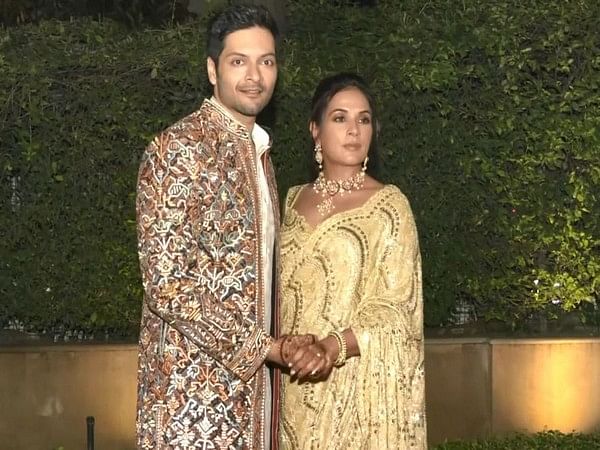 The photos and videos coming out from the wedding celebrations are melting everyone’s hearts. Yesterday, the couple celebrated their sangeet after which they also held their cocktail party. Undoubtedly, Richa and Ali looked stunning at both events. Earlier, a few pictures from Richa’s mehendi was doing rounds on the internet. Now, a series of photos from their cocktail party is being loved by their fans and followers. 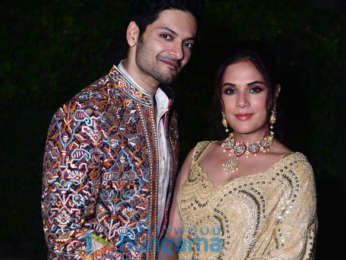 In the photo shared by a celebrity photographer, Richa and Ali posed for the paparazzi. While Richa looked stunning in a golden saree, Ali on the other hand, opted for a heavily embroidered sherwani. As the pictures and videos were out, the fans and followers of the couple started wishing them. A lot of their industry friends also showered love on their photos.

Earlier, Richa Chadha had shared pictures from her sangeet and wrote a sweet caption dedicating to the love of her life, “#RiAli Mohabbat Mubarak,” she wrote. Ali Fazal also shared the same pictures and responded to Richa’s caption, “#RiAli Tumko bhi.”

For the unversed, Richa and Ali met on the sets of their first film together called ‘Fukrey’. The duo has been inseparable eversince.