Mira Rajput Kapoor shared an intimate picture with her hubby, Shahid Kapoor from the shoot of his recently released film, ‘Jersey’. Along with it, she wrote a heartfelt note which is simply so adorable. A few hours ago, she had taken to her Instagram stories and shared the poster of the film. She had written, “You are magic @shahidkapoor. It’s been a long journey till the end of this ‘Test’, every innings brought a new twist. But you knocked it out of the park!” And soon Shahid reposted Mira’s story and mentioned her to be the ‘wingman’ of his life. Shahid’s caption could be written as: “You can be my wingman my love!! And I’ll be yours!!” 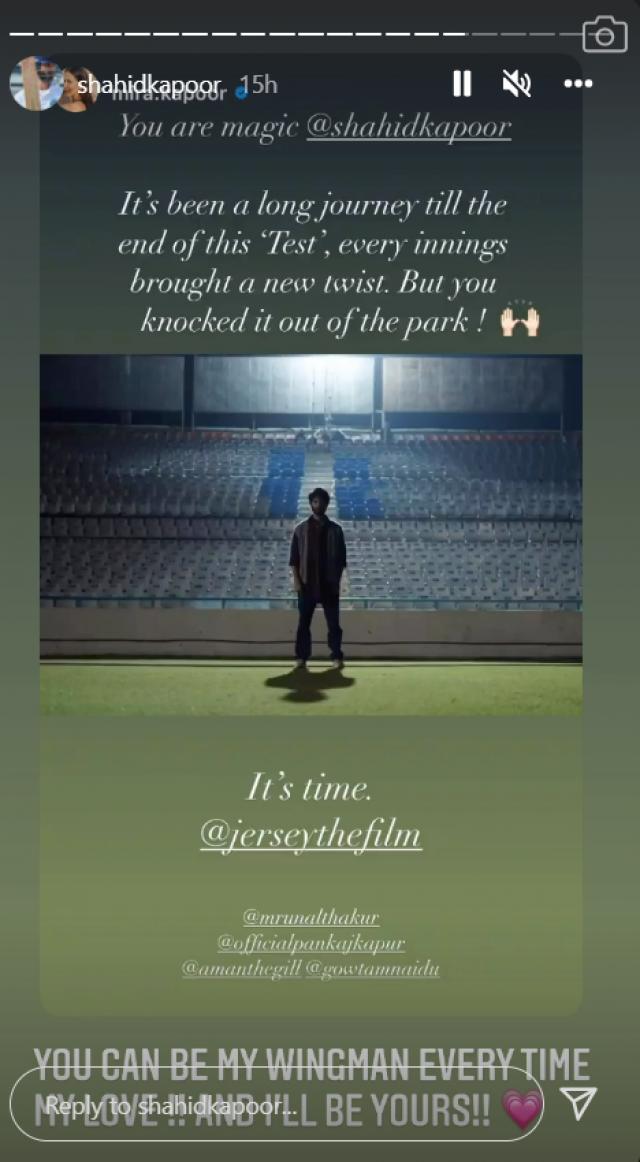 A few moments back, Mira Rajput Kapoor shared a post on her Instagram handle and shared a lovey-dovey picture with her hubby, Shahid Kapoor from the sets of his recently released film, Jersey. The picture was clicked at a cricket ground, and the couple was seen sharing adorably hugging each other. Shahid Kapoor looked dashing in a black shirt paired with a wollen sweater and denim pants. Where his wife, Mira was seen wearing a cream-coloured coat paired with black denim pants. 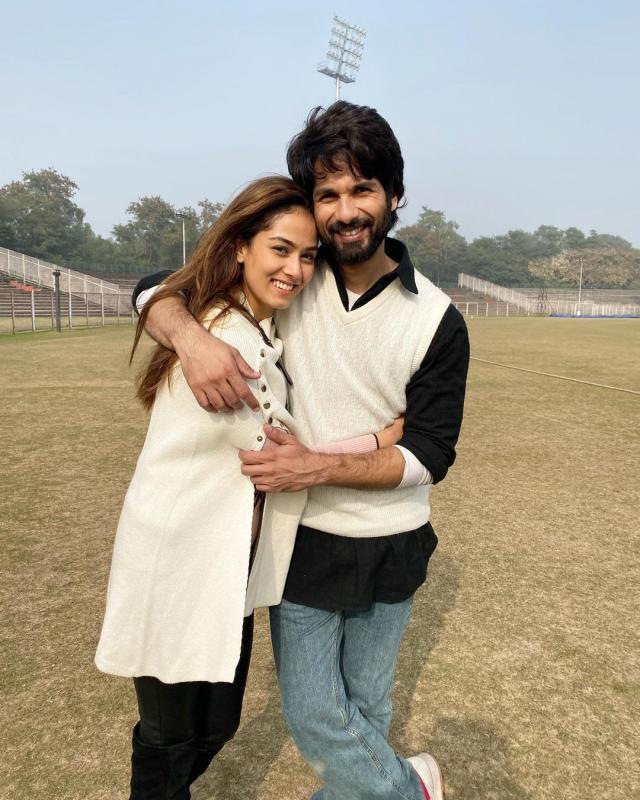 Along with the picture, Mira Rajput Kapoor expressed the memories she and her husband, Shahid Kapoor, and other Jersey team members had together while shooting the film. She wrote that the film’s producer, Aman Gill had made them feel like home, also when they were shooting, and wished everyone in the team. Mira wrote: 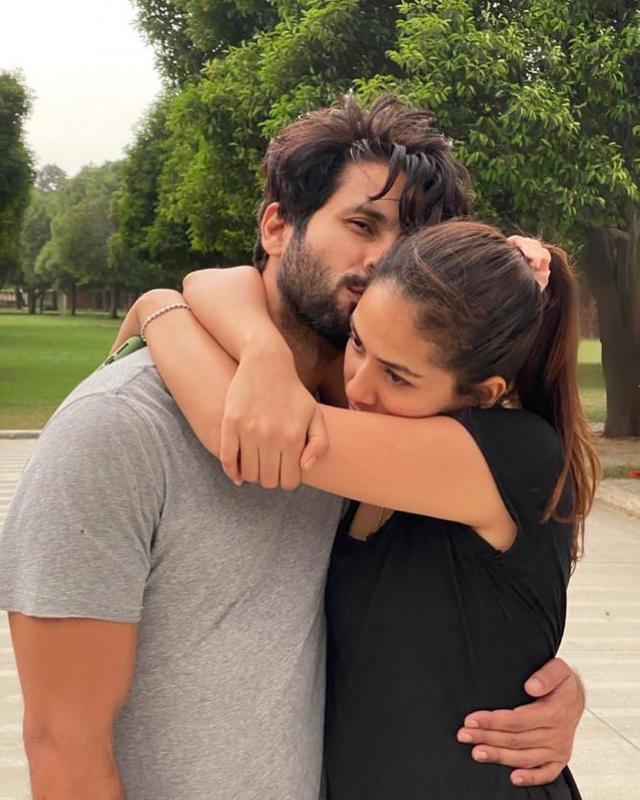 “Jersey of Dreams. Memories that made the dream; We all lived it, and we all loved it. Thank you @amanthegill for making us feel at home every single day, and now you have basically taken over my house in exchange. All the very bestest to the most hardworking, dedicated team @shahidkapoor @amanthegill @gowtamnaidu @amaneeshmohan @mrunalthakur @parvez_pzee @james_gladwin.” 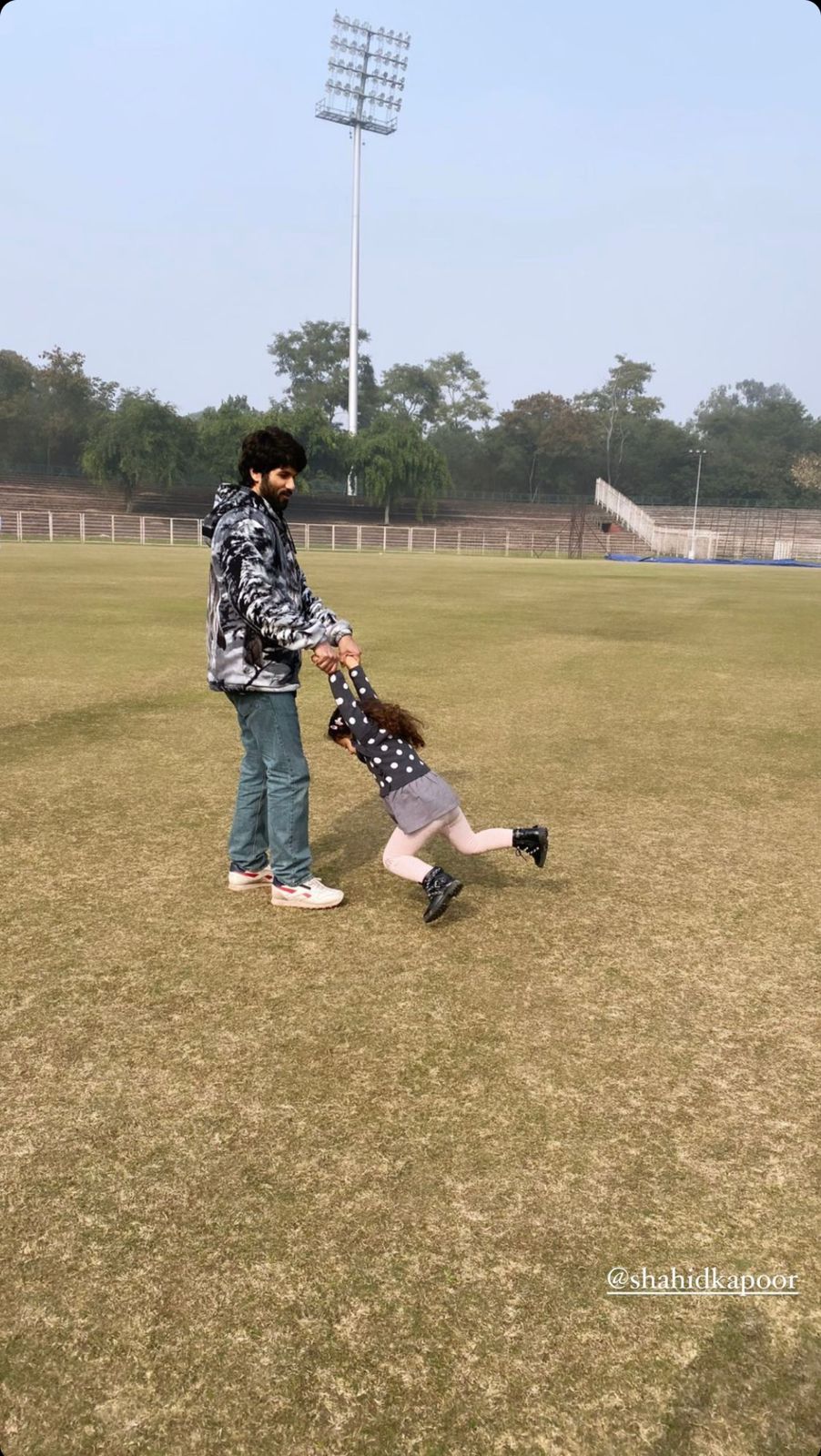 On April 19, 2022, Mira Rajput Kapoor had shared a post on her Instagram handle and had shared throwback pictures from the shoot set. In one picture, we could see Shahid Kapoor playing with his daughter, Misha. In another picture, we could see the busy mommy protecting the cricket equipment with her son, Zain, and the little one who had lifted the gloves lying on the ground. While sharing the pictures, Mira had written: “While papa was shooting @shahidkapoor.” 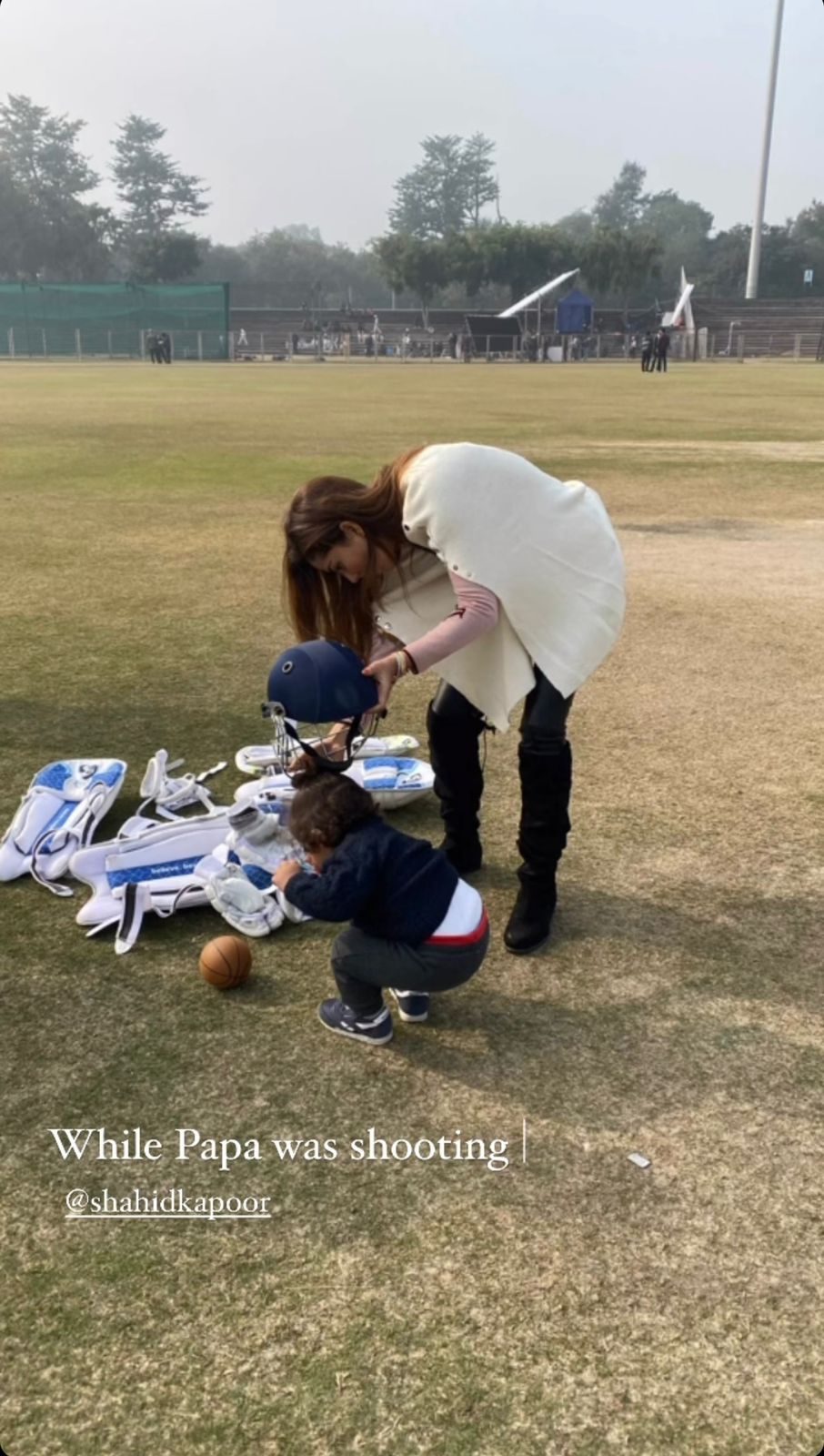