Actor Mehreen Pirzada and politician Bhavya Bishnoi have reportedly decided to part ways, nearly four months after their engagement. The former couple got engaged in Jaipur on March 12, this year, in the presence of close family members and friends. Both of them took to their respective social media handles to announce the split. 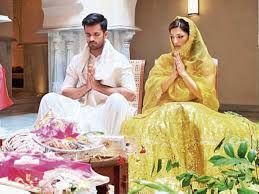 Mehreen wrote on her Instagram story, “Bhavya Bishnoi and I have decided to break off our engagement and not go ahead with the wedding. It is a decision that has been taken amicably and in the best interest. With respect in my heart, I would like to say that from now on, I have no further association with Bhavya Bishnoi and any of his family members or friends. This is the only statement I will be making regarding this, and I hope that everyone respects my privacy, as this is a very private matter. Meanwhile, I will continue to work and am looking forward to giving my best in my future projects and performances.” After issuing the statement, Mehreen deleted all the pictures of her and her ex fiance, from her Instagram timeline. While she still has pictures from her engagement on her timeline, they are either solo photos or pics with friends and family members. 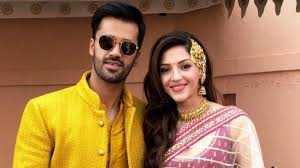 Bhavya Bishnoi, the grandson of the former Chief Minister of Haryana, Mr Bhajan Lal, in his statement, said, “Two days ago, Mehreen and I decided to call off our engagement due to differences in values and compatibility. I walk away from this with my head held high knowing I left no stone unturned to show utmost love and respect to Mehreen and her family. I walk away with no regrets. I suppose we were too good for each other, and destiny would have it otherwise.” He also issued a stern warning to those, who he said, have been spreading malicious rumours and falsehoods about him and his family. He said, “For some people spreading falsehoods about my family and me, I do not owe you an explanation. But if your lies come to my knowledge, I will personally and legally hold you accountable for them. My family and I live with integrity and have the highest respect for women. If untrue mud slinging makes you happy, then please seek help. I wish nothing but love, happiness and fulfilment to Mehreen and her family. I will always hold her family and friends in the highest regard, and cherish our happy and blessed experiences. I also wish Mehreen the best of luck for her future projects and performances.” 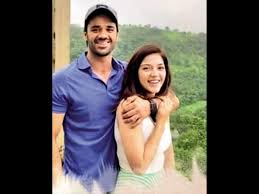 Mehreen started her career as a model. She made her acting debut in 2016, with the Telugu film Krishna Gaadi Veera Prema Gaadha, and subsequently went on to appear in several Tamil and Telugu films such as Nenjil Thunivirundhal, NOTA, Chanakya, Pattas and more. In 2017, she made her Bollywood debut with Philauri, which also starred Anushka Sharma, Diljit Dosanjh, and Suraj Sharma. Her brother, Gurfateh Singh Pirzada, is also an actor and was last seen opposite Kiara Advani, in the Netflix film, Guilty. Currently, Mehreen is shooting for her upcoming film, F3, directed by Anil Ravipudi. F3 is a sequel to F2: Fun and Frustration, which released in 2019 and featured Venkatesh Daggubati, Varun Tej, Tamannaah and Mehreen Pirzada in lead roles. The first installment was also directed by Anil Ravipudi, and became a blockbuster hit.