The wednesday evening have given a shock to mandira bedi family and friends, Raj kaushal ; Mandira bedi husband  said good bye to this world at the age of 49 because of the heart attack . Mandira bedi and Raj kaushal have two kids tara and vir. 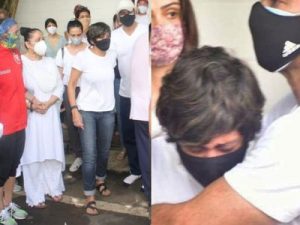 Raj kaushal got a sudden heart attack before they could get the medical help , he passed away in the early morning at 4 :30 leaving behind everyone. 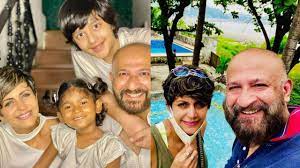 Mandira and Raj kaushal started dating eachother in the late 90s  when they met for the first time at the audition. They tied a knot on february 14 ,1999 . After 12 years of being married they blessed witha baby boy, Vir kaushal and later after nine years of his birth , Mandira again became mother of Tara bedi kaushal  via adoption. And Vir became the big brother of Tara kaushal and welcome her home.