Malaika Arora and Arbaaz Khan are known for their beautiful love story, marriage, and separation. The couple has always maintained their dignity whenever it comes to their personal life. the duo never talked bad about each other in public and still continues to respect each other after their divorce. Malaika and Arbaaz have a son together called Arhaan Khan and both the parents give equal attention and love to him. The couple has often seen together to drop their son to airports or have lunch together so that Arhaan gets the love from both the parents. 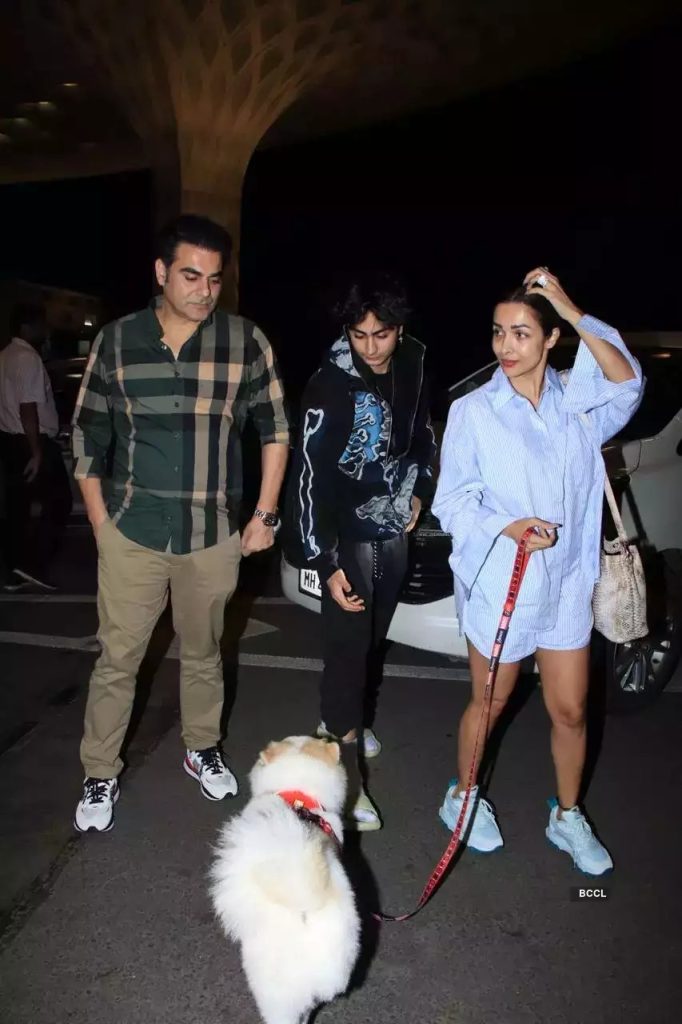 Even after their separation, the duo doesn’t hold any grudges and both mutually decided to separate. Recently, the former couple was again spotted at the airport together to see off their son at the airport who studies abroad. The couple hugged their son and bid goodbye before Arhaan left for the US. However, what caught everyone’s attention was Malaika’s pet dog who accompanied her to say bye to Arhaan. The duo spotted a casual look at the airport, Malaika was seen wearing a loose shirt along with shorts and was holding her pet dog, and Arbaaz opted for a T-shirt and trousers. 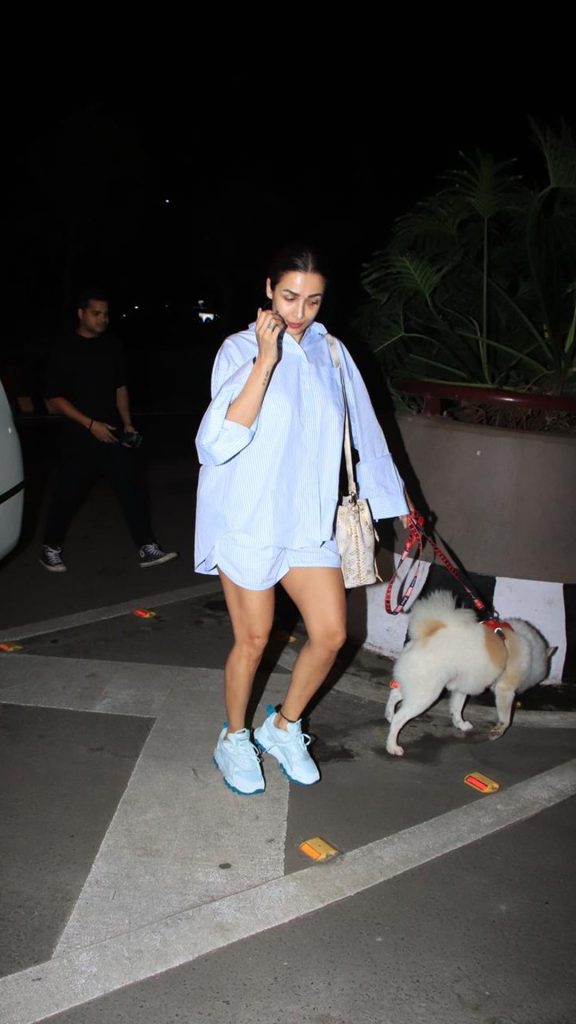 As soon as the paparazzi stationed outside the airport clicked the couple and shared it online, the fans and followers applauded them. “They are good parents no matter what,” wrote one user. “Both know how to love their child equally,” wrote another user. However, a section of the viewers also pitted Ahaan as his parents got separated.

For the unversed, Malaika Arora and Arbaaz Khan got married in the year 1998 and got separated after staying together for 18 years.