Bigg Boss 9 contestants Kishwer Merchant and Suyyash Rai were already dating when they participated in the controversial show. The two had a big fat Punjabi wedding in December 2016. For quite some time, there have been rumors that Kishwer is expecting her first and now the actress has put an end to all the speculations and confirmed her pregnancy in an adorable way.

On Tuesday, Kishwer Merchant took to her Instagram handle and shared a picture from her maternity photo shoot. In the picture, Kishwer can be seen with a baby bump while Suuyash can be seen posing as if he is proposing to the actress. Along with the picture, Kishwer also shared the baby’s delivery date which is August 2021. While sharing the pic, Kishwer captioned it, “You can now stop asking “when are you guys gonna have a baby” 🥰Coming Soon.. #august2021 #sukishkababy 🤩Clicked by the most talented @pryanca_t.” 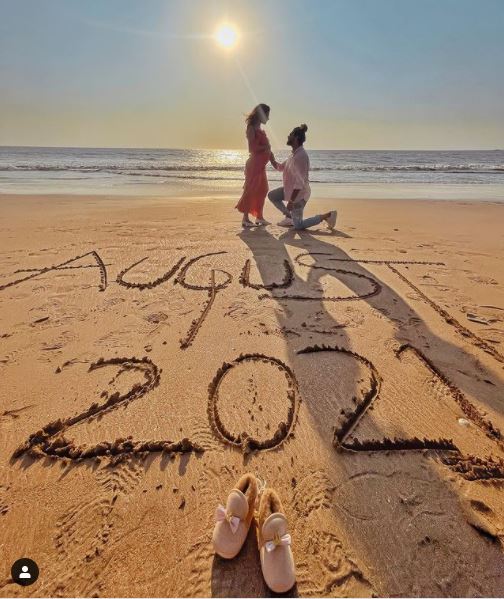 Speaking about their love story, Suyyash had told Hindustan Times that they first met on January 9, 2011 on the sets of Pyaar Kii Ye Ek Kahaani.’ They tied the knot in 2016. “I was shooting for my show and he used to come there to meet some friends. I heard Suyyash for the first time, when he was making Vivian Dsena hear a song that he had sung and he had recorded it on his phone. I heard it and was impressed with his singing. That’s how we started talking, exchanged BB PIN, and the whole night we spoke on the phone,” Kishwer had recalled about her first meeting with Suyyash.