Kiran Gosavi, The Man With Aryan Khan In Viral Selfie, Inside NCB Custody Has Been Booked In A Job Fraud Case; Deets Inside

Bollywood superstar Shah Rukh Khan’s son Aryan Khan has been making headlines after the star kid was arrested in a drug case. The NCB had raided a cruise ship headed from Mumbai to Goa n 2nd October and had allegedly busted a rave party. At the party, Aryan Khan along with his friend Arbaaz Merchant was reportedly caught with charas. However, as soon as the news of Aryan Khan’s arrest came out one selfie of a man with him started doing the rounds on the internet. The selfie was apparently clicked inside of the NCB custody. 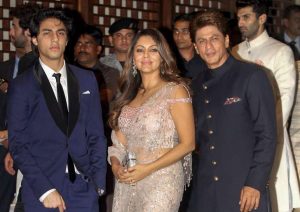 In the viral selfie, a man was seen posing with the star kid who is allegedly the undercover agent for the NCB. The man named Kiran Gosavi took the picture with Shah Rukh Khan’s son Aryan Khan at the Narcotics Control Bureau’s office after arresting the accused in the drug case. However, now the reports are coming that the man who had helped NCB in getting the star kid arrested, himself has few cases registered against him. 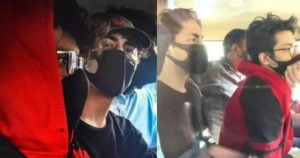 According to the police, a case has been filed against Kiran Gosavi at Kelwa Police station in Palghar in a job scam case. Kiran has allegedly duped few people for lakhs of rupees on the pretext of offering jobs abroad. This is not the first time a case has been registered against the man, on May 19th in the year 2018, Kiran had promised a person providing job in Malaysia and had taken money in return. Later, Kiran didn’t return the money to the man and also didn’t provide him with any job. 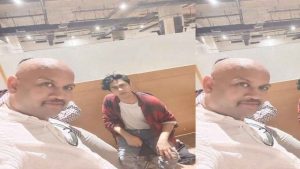 Kiran Gosavi was booked under sections 419, 420 of the Indian Penal Code (IPC) along with sections of the Intellectual Technology (IT) Act. A charge sheet was also filed against him in the case and he is still wanted in the same case. Meanwhile, Pune City Police on Monday arrested accused Kiran Gosavi’s assistant Sherbano Qureshi in connection with a job fraud case.