Bollywood diva Katrina Kaif shared a picture from her childhood days and flaunted her fashion sense in the caption. Although, her husband, Vicky Kaushal’s reaction was so cute. Bollywood couple, Katrina Kaif and Vicky Kaushal had tied the knot in a hush-hush wedding on December 9, 2021. The couple Vicky Kaushal and Katrina Kaif’s glimpses from their beach vacation had set true couple goals. 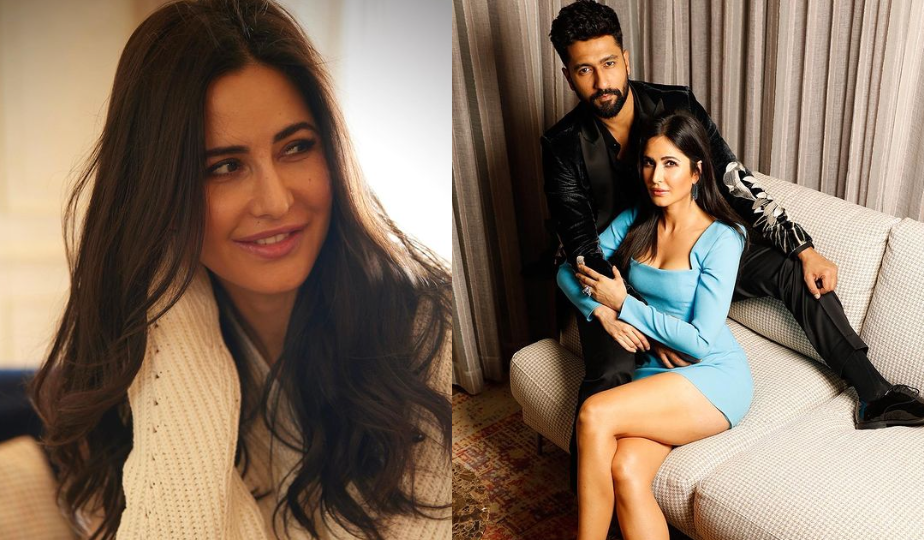 A few hours back, the actress Katrina Kaif shared a picture of her younger days while she was playing with a goat surrounded by greens. In the picture, Katrina was seen wearing an oversized denim jacket. She matched her look with neatly back-brushed and hoop earrings. 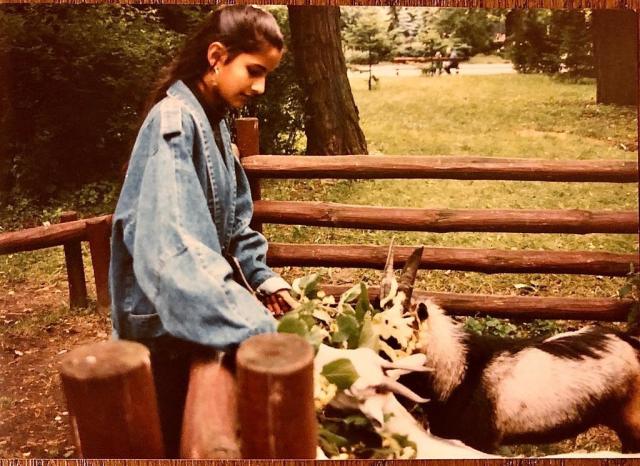 Once Katrina Kaif shared her childhood days picture, her husband, Vicky Kaushal couldn’t stop himself from reacting to it. He commented on his darling wife’s picture and dropped a heart emoji. And while sharing the picture, the actress wrote: “Doing oversized even back then.” 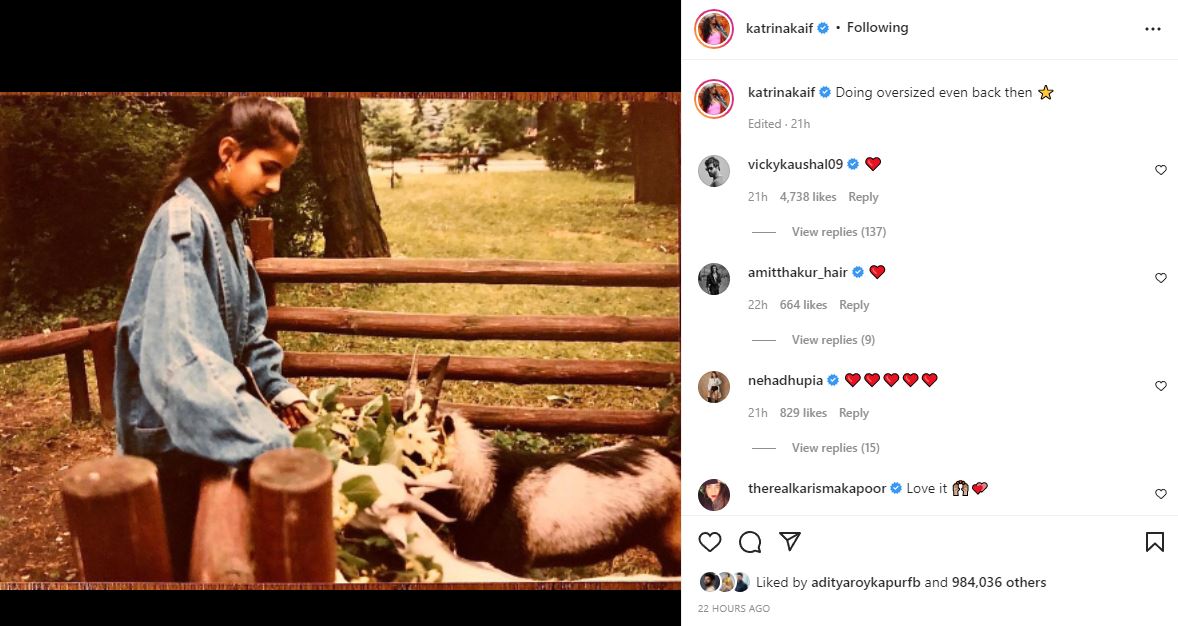 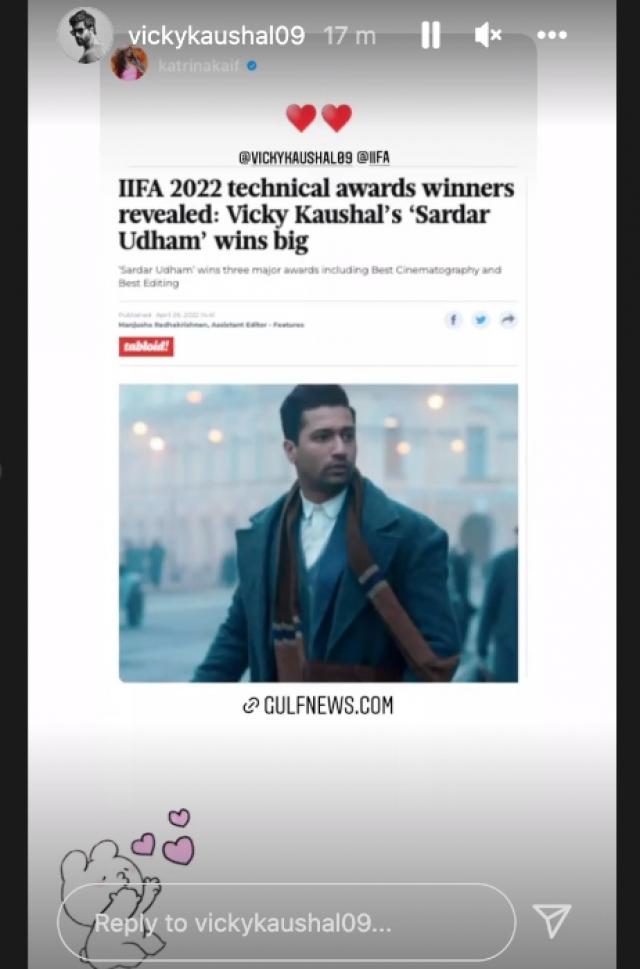 Katrina Kaif is fulfilling all the duties of a wife with full dedication. On April 10, 2022, Katrina Kaif had shared a picture of a dish on her Instagram stories, which had shown a plate full of scrambled omelette garnished with some tomatoes, and it had looked mouth-watering. 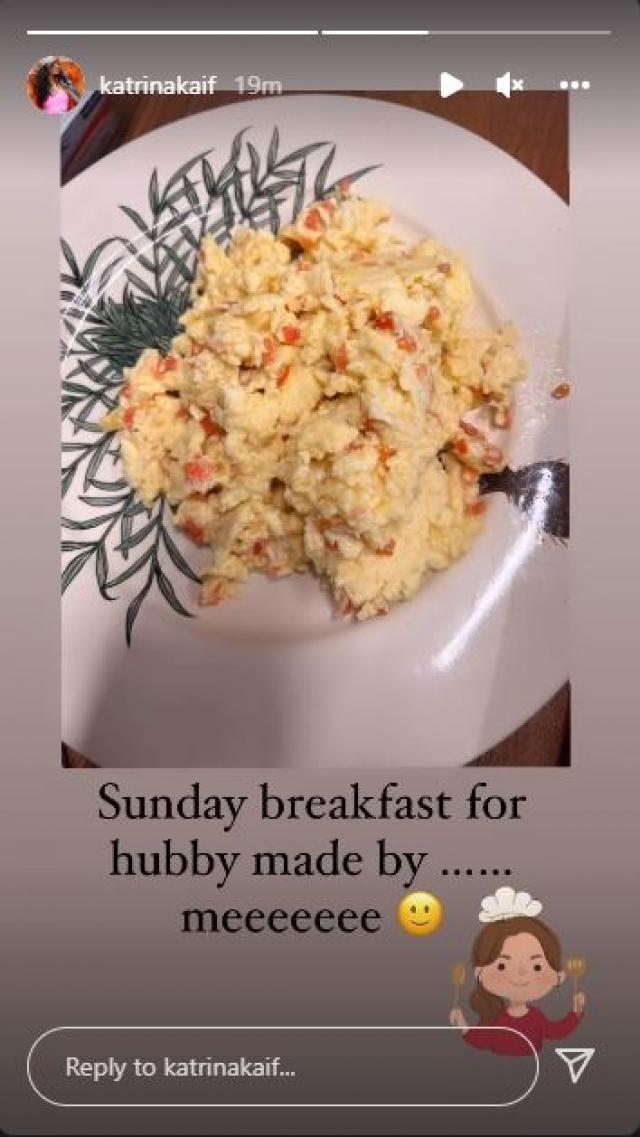 Atop it, she had expressed that she had cooked it for her loving hubby, Vicky Kaushal. Katrina Kaif’s note could be read as “Sunday breakfast for hubby made by …. meeeeee.”