Karan Johar shared behind the scene images from the sets of Rocky Aur Rani Ki Prem Kahani’ that has Alia Bhatt and Ranveer Singh in the lead cast alongside legendary actors Dharmendra, Jaya Bachchan, and Shabana. 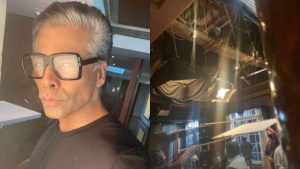 Karan Johar is back at direction with his upcoming movie ‘Rocky Aur Rani Ki Prem Kahani’ that will star Alia Bhatt and Ranveer Singh in the lead roles. On Saturday, the director and producer Karan Johar took to his instagram handle to share the BTS scenes from the film set. In the images posted by Karan, film’s cast and crew could be seen setting up the lights and working around on various things. By looking the snaps it seems the images are from an indoor shoot. Karan shared the images and captioned them as “#shootlife #rockyaurranikipremkahani.” 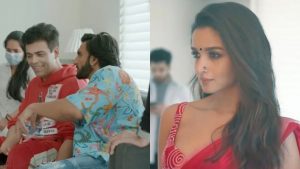 Rocky Aur Rani Ki Prem Kahani will also feature an important cast alongside Alia Bhatt and Ranveer Singh. The film will also star Dharmendra, Jaya Bachchan, and Shabana Azmi as important characters. The script of the film has been written by Ishita Moitra, Shashank Khaitan, and Sumit Roy and was announced on 6th July this year. The movie is expected to release in the year 2022. 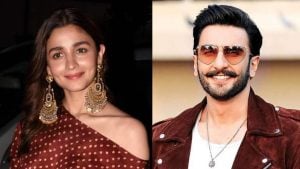 Earlier, Karan Johar and the leading cast of the film had shared a BTS video clip from the sets of Rocky Aur Rani Ki Prem Kahani. In the video, Alia Bhatt and Ranveer Singh could be spotted in never seen before avatar. Apart from the cast, the video also featured fashion designer Manish Malhotra and the director Karan Johar himself.